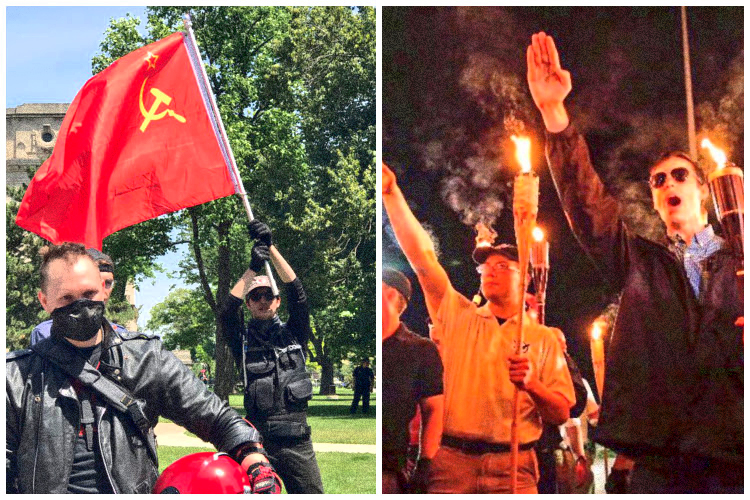 The mother lode of all conspiracies is the New World Order.

In essence, it is a high-level, multi-generational plan to render all sovereign national governments subservient to an unelected, supranational, authoritarian world government.

In this scheme, the people of planet earth will be micro managed with strict social, technological and financial controls.

It is the total consolidation of global power into the hands of a ruthless, minority elite who aim to rape the planet and enslave the human race. 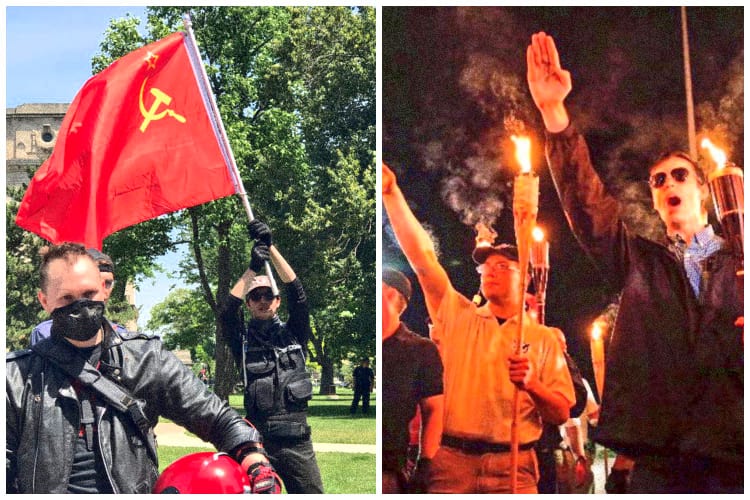 They can’t do it alone, though, they need your help. They need witting and unwitting minions to set the brush fires of revolutionary change in our towns and cities.

They need pawns to agitate and disrupt the relative peace, and to upend the status quo with turmoil.

Most of all, though, they need you to create chaos, so that they can bring order.

The powers that be, those demons of the deep state, those orchestrators of fear, famine, debt and war, cannot achieve their plan without leading the masses into confusion and disarray, for only then will the masses demand an end to their own freedoms and privacy.

Behind the New World Order: The Dark World of the Deep State

And sadly, it appears their army of minions is growing in strength and audacity.

In the aftermath of Charlottesville it is more clear than ever that there is no shortage of pawns for the New World Order.

The armies of ignorance are gathering, and here are three signs you might be among them.

Left vs. right. Black vs. white. Republican vs. Democrat. Citizen vs. Immigrant. Communist vs. Fascist. Have vs. Have Not. My Team vs. Your Team. Me vs. You.

There a thousand and one ways for a society to faction and split apart, but without community and unity we are lost, doomed and done.

If you’re entrenched in one side of any dualistic paradigm, seeking to convert or to crush the other side, then you’re playing right into the hands of the NWO.

The tactic of top-down divide and conquer is the oldest play in the book of how to overthrow sovereign people.

The rulers foment conflict amongst the people, then step out-of-the-way and let them fight it out, so that they can step in later as the benevolent savior… big brother.

If you’re playing this game, then you’re doing their work for them.

2.) You ‘re a Vocal Supporter of the War DuJour

Today the drums are beating for a nuclear assault against North Korea… and military intervention in Venezuela. Just recently we’ve been told we need to prepare for conflict with Russia, and that an invasion of Syria is in our best interests.

Prior to that we destroyed Libya and Iraq, we occupied Afghanistan, and we’ve been using the war on drugs and the war on terror as casus belli for interference in dozens of countries around the world.

The imperial mindset is several generations deep in America, and the citizenry has all but fully abandoned the anti-war stance in favor of gung-ho, jingoistic cheerleading of any and all military escapades.

The New World Order is brute force, but in our hyper-connected world they need to create the appearance of public support in order to advance the military industrial colonization of the world.

It cannot do this without the public support and advocacy of at least some segment of the proletariat.

If you’re always on board for the expansion of international conflict, taking cues from mainstream media in this regard, and demanding action against all of our perceived enemies, you are aiding and abetting the New World Order.

3.) You Direct Your Anger and Frustration Towards Anyone but Those at the Very Top of the Pyramid

Zero doubt there are a million problems plaguing our complex world today, and it can be comforting to blame someone whom you can look in the eye, someone who is unprotected by the wealth and security afforded by the oligarchy.

Emotional reactions to the stresses in our modern world are to be expected, but without knowledge of the contemporary power structures pulling the big strings, those reactions can be sorely misdirected onto lesser players and other pawns.

The truth is out there. At the root, a geo-political financial elite is conquering the world through manipulation of currencies, the imposition of astronomically insurmountable levels of public and private debt, and full spectrum military dominance of uncooperative nations.

This program is far above and beyond the capacity of your fellow citizen.

If you’re convinced that taking your outrage to the streets in war against your fellow countrymen is going to solve the problems of the world, you’re helping to fulfil the goals of the New World Order.

Social unrest and civil war are the final stepping-stones to a brave new authoritarian future.

In order to get there, the American people must exhibit a self-motivated and determined resolve for violence against each other.

The New World Order needs blue pill takers, those people who deliberately choose ignorance in exchange for spurious peace of mind. They need useful idiots to help distract the rest of the population from the crimes of the oligarchy.

They need armies of volunteer foot soldiers and pawns who will create the conditions necessary for martial law and even broader restrictions of rights and freedoms.

For the New World Order to succeed, we must ultimately demand our own slavery.

About the author: Sigmund Fraud is a survivor of modern psychiatry and a dedicated mental activist. He is a staff writer for WakingTimes.com where he indulges in the possibility of a massive shift towards a more psychologically aware future for humankind.

‘Destroyer Of Weakness’ – This Ancient Mineral Completely Restores Your Physical And Mental Health Previous post
Your Birthstone is Your Good Luck Charm, And This is How to Access Its Full Potential Next post