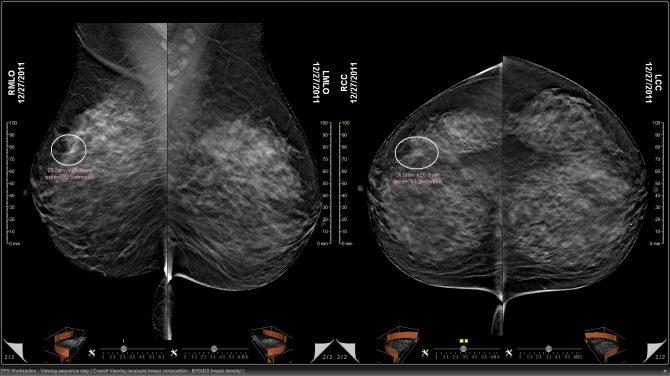 (NaturalNews) Ever since the U.S. Preventive Services Task Force took a look, finally, at the scientific evidence and announced new recommendations earlier this month for routine mammograms — specifically that women under 50 should avoid them and women over 50 should only get them every other year — the reactions from many women, doctors and the mainstream media have reached the point of near hysteria.

Not getting annual mammograms, some say, means countless women will receive a virtual death sentence because their breast tumors won’t be discovered.

But what is rarely discussed about mammograms is this: the tests could actually be causing many cases of breast cancer.

In fact, a new study just presented at the annual meeting of the Radiological Society of North America (RSNA), concludes the low-dose radiation from annual mammography screening significantly increases breast cancer risk in women with a genetic or familial predisposition to breast cancer. 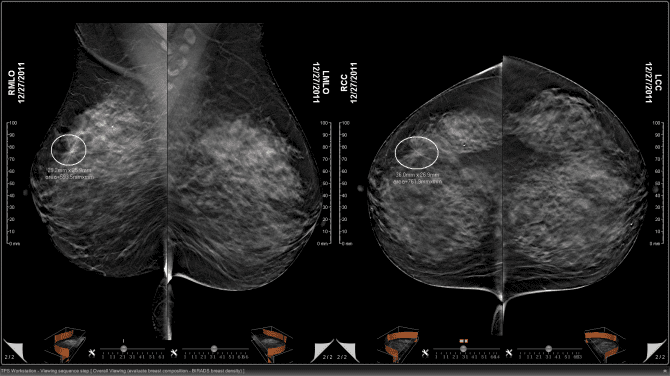 This is particularly worrisome because women who are at high risk for breast cancer are regularly pushed to start mammograms at a younger age — as early as 25 — and that means they are exposed to more radiation from mammography earlier and for more years than women who don’t have breast cancer in their family trees.

“For women at high risk for breast cancer, screening is very important, but a careful approach should be taken when considering mammography for screening young women, particularly under age 30,” Marijke C. Jansen-van der Weide, Ph.D., an epidemiologist in the Department of Epidemiology and Radiology at University Medical Center Groningen in the Netherlands, said in a statement to the media.

“Further, repeated exposure to low-dose radiation should be avoided.”

Must-read: Switzerland Completely Abolished Mammography Screenings: Here’s Why You Should Probably Never Get One

Out of the six studies included in this analysis, four looked at the effect of exposure to low-dose radiation among breast cancer gene mutation carriers. The other two studies traced the impact of radiation on women with a family history of breast cancer.

The researchers took the combined data from all these research projects and then calculated odds ratios to estimate the risk of breast cancer caused by radiation.

Bottom line: any supposed benefit of early tumor detection using mammograms in young women with familial or genetic predisposition to breast cancer is offset by the potential risk of radiation-induced cancer.

“Our findings suggest that low-dose radiation increases breast cancer risk among these young high-risk women, and a careful approach is warranted,” Dr. Jansen-van der Weide said in the press statement.

Incredibly, although it is rarely reported in the mainstream media, the new study follows on the heels of several others that have already sounded the warning that mammograms may cause breast cancer.

For example, NaturalNews covered a Johns Hopkins study published earlier this year in the Journal of the National Cancer Institute that warned radiation exposure from annual mammograms could trigger breast malignancies in women with a strong family history of breast and/or ovarian cancers who have altered genes (identified as BRCA1 or BRCA2).

And it may not be only women with a familial risk for breast cancer who are at extra risk from mammography radiation.

In fact, the start of screening mammography programs throughout Europe has been linked to an increased incidence of breast cancer.

Comments by the Health Ranger

Mammogram pushers now have nothing left to stand on.

The complete and utter hoax of mammography has now been wholly discredited through a flurry of groundbreaking studies performed by conventional medicine researchers!

Why? Because mammography causes the very disease it claims to “detect”. It’s much like a clever sleight-of-hand magician’s trick where they reach for your ear and suddenly produce a coin that was presumably hidden there.

But as everybody knows, they put it there themselves! Mammograms offer a similar kind of sleight-of-hand trick (or sleight-of-breast, as the case may be) by actually generating the very disease they claim to find.

If so many women hadn’t already been harmed by mammography, the whole thing would be quite hysterical.

“Early detection saves lives,” they say. Except they stupidly forget to tell women the other side of the story: “Mammograms cause cancer.”

And if you’re gullible enough to actually irradiate your breasts every year, don’t be surprised — shocked! — if they someday find tumors in them.