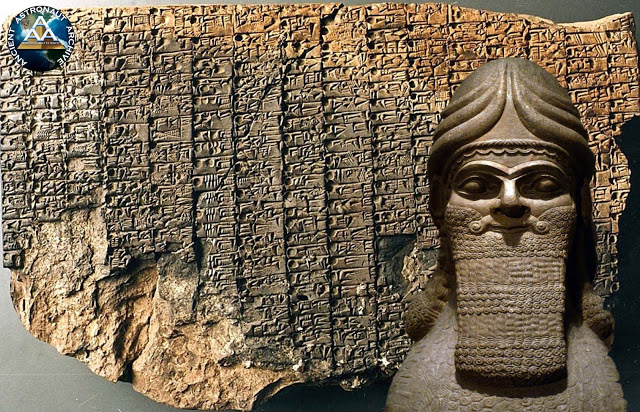 The Anunnaki in the Bible

The most widely read book in all of history, the Bible has pushed the faith of billions of people and has shaped the very world that we live in.

But what if there was something that was not drastically clear in the way that people decipher the Bible.

What we’re going to discuss is the Annunaki in the Bible.

These are very important parts of Scripture that often go overlooked by readers, but shed some light on a different side of the Bible and the very faith that billions of people believe in. 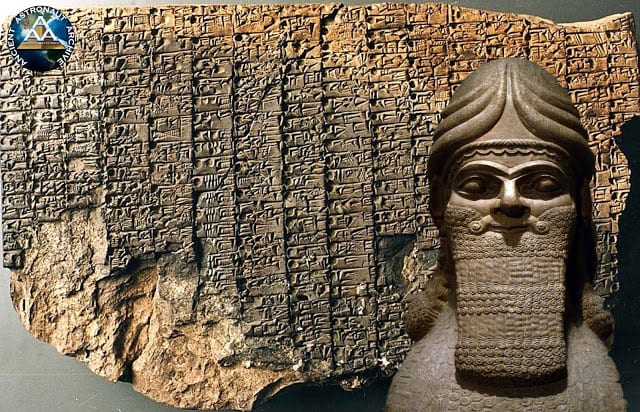 Before we jump into the scripture itself, let’s try to clarify what we know about the who they Annunaki were.

Who Are The Annunaki?

Annunaki is a word that has been made famous by Zecharia Sitchin.

Found within many of his famous books, Sitchin explores ancient mythology, megalithic structures around the world and various books to demonstrate that an extraterrestrial race visited the planet.

What’s interesting is that these were the gods found within the Sumerian tablets.

The Annunaki were actual deities and their names come from the old god of the sky “Anu.”

But when you look deeper into the Sumerian tablets, you start to notice that there is a stark comparative relationship between the Bible and what these ancient cultures believed in.

When you begin to look deep into the Bible, you’ll see that there are some similarities that often go overlooked by even the most religious people.

Such occurrences include Giants in the Bible.

Must-Read: Who Were the Real ‘Gods of Eden’? 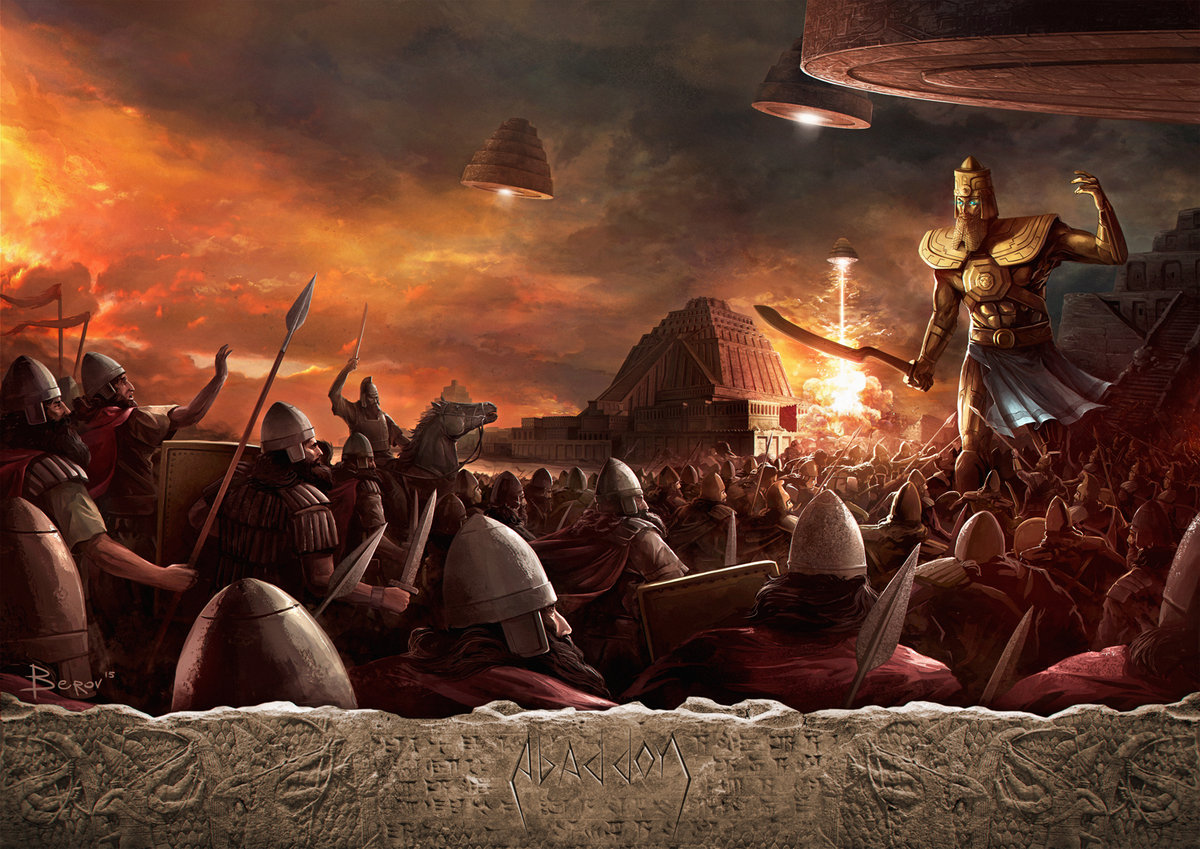 The Sumerian tablets were written by the Sumerians. This was a society that invented writing, and had advanced knowledge of mathematics, science and astronomy.

According to these tablets, the Anunnaki, or Anannge, were angels.

These were people that were technologically advanced and actually lived on earth around 8200 BC in the Middle East.

Ninill and Enlil were at the center of the stories. Ninill was the goddess that ruled over the land, and Enlil was her husband. The God of War, Ninurta, was the son of Enlil and Ninlil.

These gods are very similar to the gods that you would know from ancient Greece and Rome, and this is the first time that we hear about the garden of Eden. This is the same Eden that we know from the Bible.

Within the Sumerian tablets, Ninlil asks the Council of seven to create what is called “Eden.” This is a heavenly garden.

The Annunaki were also tied to the Watchers which are found in the Book of Enoch. Not surprisingly, the Watchers were in charge of watching over “Eden.”

The Book of Enoch

A book that is an ancient Jewish religious work, the Book of Enoch is the tradition of Enoch, and is closely tied to Noah.

As you already know, Noah was in charge of saving all the world’s animals, and it was his great-grandfather who wrote the Book of Enoch.

Much like the Bible, the Book of Enoch is really a series of different books.

Inside of the book, you’ll find the following:

This is a very important read if you want to delve deeper into religious text. Now the reason that we’re talking about this book is because of:

The Watchers fell to earth and are our form of Angels who fathered the Nephilim. What is interesting is that many of the names found within this text correlate directly to the Bible:

And while the book is not considered part of the Bible, many believe that it is one of the texts that does hold religious significance.

There are many such books to have not made it into the Bible that you and I know today. Why?

It could be that these texts go against what the church has been telling us for centuries.

What we’ve seen so far is that these two ancient texts seem to meld into each other perfectly. But it goes even deeper than that with the Annunaki.

This is within the holy Bible, and directly correlates with the two texts The Book of Enoch and the Sumerian tablets.

Interestingly, the Annunaki Fallen Angels would mix with indigenous people as stated within The Book of Enoch.

Giants in the Bible

Where do Giants fit into all of this? Well, the Annunaki began to mingle with the indigenous people, and this union led to the hybrid race that were called Giants.

The Giants can be found in Chapter 7 of the Book of Enoch. The exact wording is: “And the women conceiving brought forth giants, whose stature was each three hundred cubits.”

The Book of Enoch is not the Bible, but the Bible does talk about Giants.

You’ll find Giants in the King James Bible, and also within Genesis. Genesis 6:4 states that:

“There were giants in the earth in those days; and also after that, when the sons of God came in unto the daughters of men, and they bare children to them, the same became mighty men which were of old, men of renown.”

But keep in mind that this all occurred before the great flood that Noah is known to be a part of in biblical history.

There was a war in heaven that caused the Watchers to mingle with the women on earth that eventually resulted in the Giants being born.

Keep in mind that this occurs after the great flood, meaning that these giants must have roamed the earth even after the flood occurred.

“And Joshua answered them, If thou be a great people, then get thee up to the wood country, and cut down for thyself there in the land of the Perizzites and of the giants, if mount Ephraim be too narrow for thee.”

What is very important to understand is that the Annunaki are not the creators of the world, or the human race.

Instead, these are fallen angels that were created by God. You’ll also find mention of Enki, which is a Sumerian God who is considered the Lord of the earth.

Looking deeper into mythology, you’ll also find that there are giants mentioned in many texts. This doesn’t just occur in one part of the world.

Mentions of giants have been found all throughout the world, including Rome, India and Egypt. Virtually every corner of the world has some mention of Giants or similar race that co-mingled with humans.

Just to name a few, you can find Giants in the following:

Norse Myths: Jotunheim, a land of Giants. Different types of Giants are also mentioned, such as the Jotun and Iotun. Fire giants even lived in Muspelheim.

Hindu Texts: Interestingly, the Giants known as Daityas fought against the gods because they were jealous of their half-brothers.

Greek Texts: Two great giants named Ge and Tar’taros are mentioned in an attempt to storm heaven. It is stated that these giants were thrown to earth with the help of Hercules, and lay buried underneath Mount Edna.

It’s not so far-fetched even looking at today’s world. There are some people that are exceptionally tall. We have people, such as Bates, that stood 7’11” tall, and even Charlemagne, whom they say was 8 feet tall.

John Middleton was said to stand 9’3”, and the British Strand magazine posted a photo in 1895 of a grave that was uncovered in Ireland with a person that stood 12’2” tall. This person who have had an arm span of 4’6”.

While the giant’s remains used to be on display in exhibitions, no one yet knows what exactly happened to this proof that Giants existed.

The Annunaki have left some strands of evidence that they existed, and the link to giants is one of the many that are still explored today.

Even in our own Bible, we see that there is some proof behind the Annunaki that many people shrug off as a mere myth itself.

We know this is controversial for many to read, but we are asking those with open minds to consider the scriptures in a different light.

The Native American Code of Ethics Previous post
Yes, the Government Would Do That: Declassified Files Proving Governmental Crimes Next post