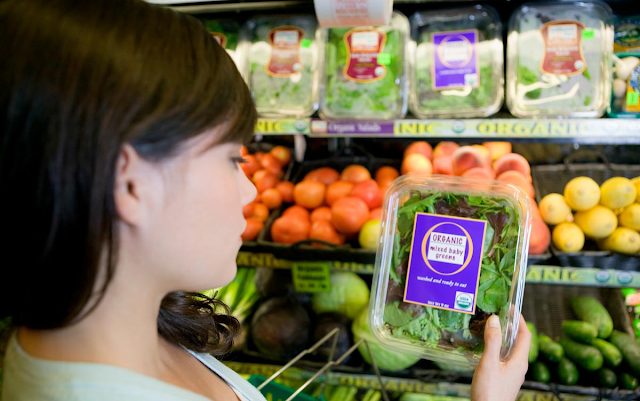 (Natural News) There are no absolutes when it comes to a healthy lifestyle and clean eating.

Many foods that were perfectly wholesome just months ago may be tainted and contaminated now if the farmer, company or corporation that makes them changed even just a few key ingredients, or worse yet, sold out to “Big Food.”

Nothing is 100 percent reliable either. People jump on diet bandwagons and think some new fad is the “be all, end all” of diets and if they can just stick to it they’ve “got it made.” Wrong.

There are holes in every game, and exceptions to every rule. There are major problems with labels like “all natural” and “gluten free,” but we’ll save those topics for another article. 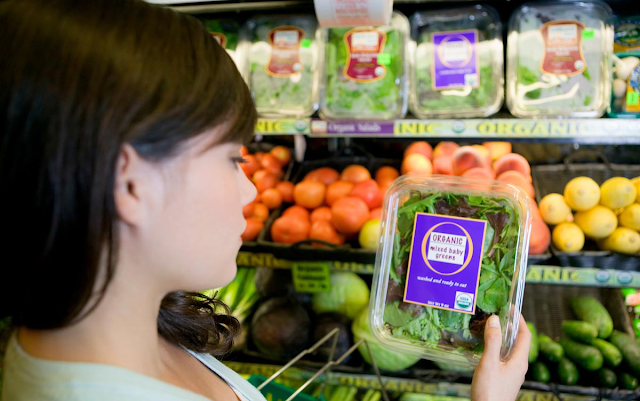 If you thought going 80 percent or 90 percent or even 100 percent organic was “all good,” then you’ve got a bit more homework to do, but don’t worry, we’ve got your back.

Let’s talk about organic mistakes millions of people are making and exactly why, so we can all stay on track with eating clean daily.

#1. Buying from organic companies that sold out to Big Food’s evil corporations

If you’re one of those smart shoppers who buys mainly organic, you better take a second look at “who” you’re buying, instead of just “what” you’re buying.

Over the past few years, several smaller organic companies sold out to huge corporations so they could retire and enjoy the good life.

Problem is that “good ole” company is now a bastard child of Big Food, and you can bet all the products that were once clean are now polluted with toxic foods, even though they’re still organic.

Yes, it’s true. Big Food loves to push unfermented soy and rapeseed (canola) on us, and even when they’re organic they’re still bad for the body over the long term.

Watch out for those high estrogen levels and that coagulating blood! Nothing good comes from it.

Here are some examples in case you aren’t up to date on the “who owns who” of the organic world of tainted food. Purdue Farms owns Hans.

Wait, there are more. Hain Celestial owns Spectrum Organics, Garden of Eatin and Ella’s Kitchen, just to name a few.

You should also know that General Mills owns Muir Glen, Cascadian Farm, LaraBar and Annie’s Homegrown – the latter of which might not be so “homegrown” anymore.

Organic or not, canola oil is synthetic oil bred from its parent rapeseed. Big Food needed a cheap substitute for imported coconut oil and palm oil and bam!

A creative Canadian scientist took the most toxic of all food-oil plants and reduced the toxicity to meet FDA “standards” (nothing to write home about).

Canola oil is still toxic even when it contains zero pesticides, and that’s why it doesn’t matter if it carries the “certified organic” seal of approval from the USDA.

Studies of rats consuming canola revealed degeneration of the heart, kidneys, thyroid gland and adrenals. As soon as the scientists withdrew canola from the rats’ feed, the health damage rescinded.

Don’t forget, humans are animals too, with 96 percent the same DNA as the rest of the animals on planet Earth, so don’t think this alarming canola research doesn’t apply to us.

Canola oil is high in glycosides, which means it inhibits enzyme function and destroys the protective coating surrounding your nerves, and once that sheath is gone, you’re done for. Nerve damage sets in.

Canola oil, over the long term, can cause emphysema, constipation and respiratory distress. Don’t be fooled by the happy little term “expeller pressed.”

It doesn’t matter because canola still carries the mutated rapeseed genes. Big Food still has to bleach it and deodorize it to remove the stink.

Almost all organic mayonnaise products and organic salad dressings are loaded with canola or soy or both! Watch out.

Just since the year 2000, U.S. food manufacturers have introduced over 3,000 soy-based foods, many of which are labeled “certified organic,” but does that even matter?

Any soy that is unfermented, whether organic or not, is linked to immune-system malfunctions, thyroid dysfunction and cognitive decline.

In fact, no soy was fit to eat until the discovery of fermentation techniques during the Chou Dynasty.

Anyone eating unfermented soy would suffer from eating anti-nutrient toxins that block the enzymes humans need for protein digestion, and that’s at just two tablespoons a day.

If you read or hear about the benefits of soy, they’re talking about fermented soy only.

Most organic mayonnaise products and organic salad dressings are loaded with canola or soy or both! Watch out.

#4. Buying anything “certified organic” that was grown in China

At least 70 percent of China’s water is so polluted it’s deemed unsafe for human contact. Some of the rivers there have such high metal content that they literally run red from rust.

That means even if food is grown organically without pesticide use, it’s still contaminated across the board.

The USDA does not inspect certified organic food for heavy metal toxins at all. That would include lead, aluminum, mercury, nickel, copper, tungsten and arsenic.

Can you believe it? You can have your levels tested by a Naturopathic Physician.

Your best bet is to avoid all organic food that’s imported from China – the most polluted industrial nation in the world.

The “nuker” not only destroys nutritive qualities of food within seconds, but produces wave energy radiation that interacts with food molecules, changing their polarity from positive to negative at millions of times per second.

This severe agitation and friction bombards the food and forcefully deforms it. The scientific name for this is “structural isomerism.”

Even if meat is organic, when you grill it at high temperature and fat drips onto the heat source, potent carcinogens are created called polycyclic aromatic hydrocarbons (PAH’s).

There is also a chemical reaction between the amino acids and creatine in the meat that forms dangerous heterocyclic amines (HCA’s).

Lastly, you’re increasing the amount of advanced glycolytic enzymes (AGE’s) already present in the meat, causing inflammation and oxidative damage to tissues in your body.

#8. Boiling organic vegetables in water you got from the tap

You need a high quality water filtration system like Big Berkey to do that. Don’t pollute your clean food with toxic tap water. Enough said.