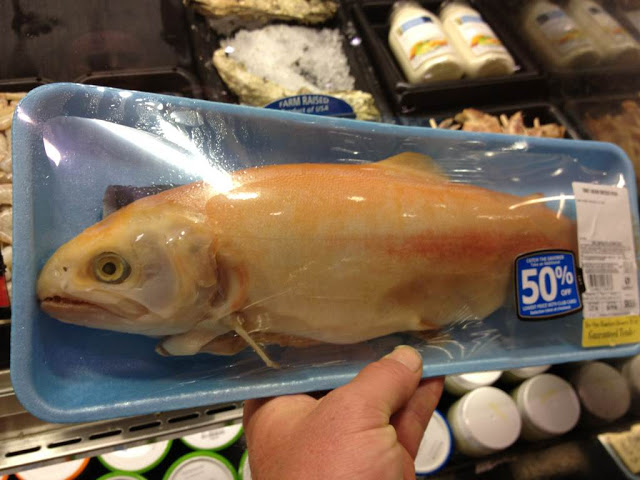 Your Days of Eating Pacific Ocean Fish Are Over, Or Worse…

The fallout from the Fukushima disaster has affected Pacific ocean life permanently.

The disaster has been brushed over by authorities and those who have overseen the clean-up operation, but the nuclear disaster has had long standing catastrophic effects on sea life in the Pacific ocean.

The ocean was flooded with highly radioactive waste as a result of the disaster, including radioactive iodone, cesium, and strontium-89 and 90.

Not only did the ocean become contaminated at the moment of the disaster, tons of the radioactive substance is still entering the ocean every day.

It has been estimated that the effects of Fukushima are around 20-30 times worse than Hiroshima, due to the fact that the radioactive poisoning has been ongoing.

Fishermen have reported various mutations in fish in the surrounding area, but scarier still is that these instances have been reported as far as the coasts of America.

Fish inflicted with deformities from exposure to nuclear radiation and high radiation levels have been recorded thousands of miles from  where the disaster happened, still the authorities in charge insist that the ill effects of the disaster have been minimal.

They recently brushed off the dumping of continual nuclear waste into the sea as a small matter, stating that the size of the ocean will dilute the waste, reducing and hazards to a minimum.

But the fishermen will tell you otherwise.

The adverse effects of this disaster has been one one of the biggest environment cover-ups in recent times.

The evidence of the effects on the dwindling fish population is out there, it’s just not on the mainstream media’s agenda.

Oil Pulling: Research Finally Reveals What Some Have Known All Along Previous post
If Americans Don't Wake Up Soon, The Country Will Be Turned Over to Luciferians Next post