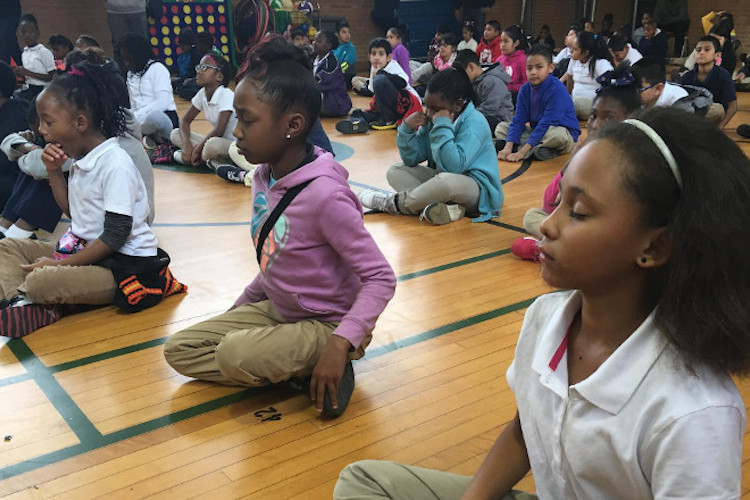 Arkansas School Now Offers Yoga and Meditation Instead of Detention

A school in Jonesboro, Arkansas, has joined many others in turning to an alternative method of discipline. The Success Achievement Academy has stopped using in-school suspension as punishment.

Instead, the directors started using yoga as a means of helping students relieve stress and recognize responsibility for their actions. But does yoga instead of suspension work?

Yoga Instead of Suspension is Working

Carlillian Thompson, the principal at Robert Coleman Elementary in Baltimore, Maryland, would probably argue that yoga and mindfulness meditation are more effective than suspension. 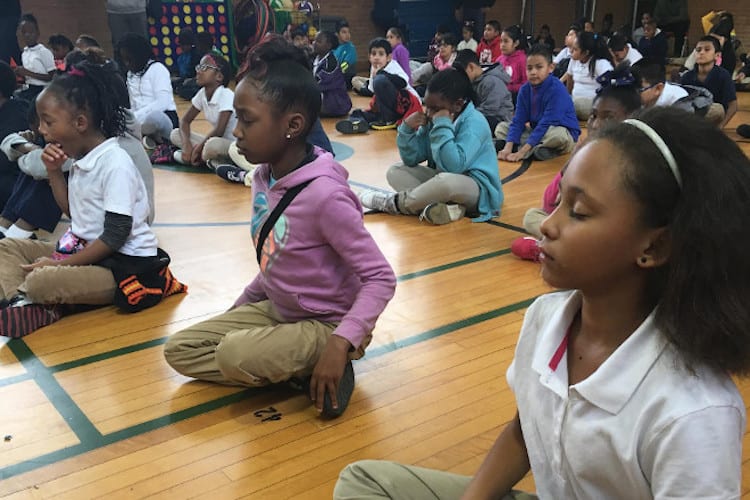 Her school began offering yoga and meditation in 2016. The program, called Mindful Moments, was spearheaded by Ali and Atman Smith of Holisitc Life Foundation.

“They actually taught the students how to redirect their negative energy into something positive.” shares Carlillian Thompson, the principal at Coleman.

In an interview with CBS This Morning, Thompson claims her school no longer has to use in-school suspension.

At Coleman, all children practice mindful breathing and stretching two times per day. The Success Achievement Academy followed this example and implemented the same practice for its K-8 grades.

“We did a lot of research on their school and not only how they handled discipline, but they’ve actually put it in their curriculum and that’s what we’ve done here,” stated Todd Rhoades, director at Success Achievement Academy.

“What really got our attention in Baltimore, they went to zero suspensions for an entire year. Suspension does not work for our students.”

“They are getting help with learning how to breathe and meditate and to relieve stress, and then part of that not only is there deep breathing there’s also a restorative piece to it, they take responsibility for what they did,” Rhoades added.

At both schools, educators now turns to mindfulness in conflict resolution, instead of punishment.

“There’s violence going on the in the neighborhood. There’s drug abuse in the neighborhoods. So it’s just there’s all these things just getting dumped on these kids. And they need a way to kinda deal with it,” stated Ali Smith co-founded the Holistic Life Foundation.

To see the local news story about yoga at the Success Achievement Academy, click here.

9 Ways to Stop Cooperating With the Ruling Elite and Their Control System Previous post
Study: The ‘Gateway Drug’ Is Alcohol, Not Marijuana Next post