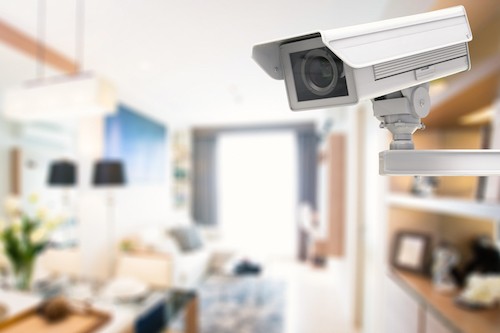 Corporatocratic surveillance (i.e. the broad spread surveillance of the public by the corporatocracy) has become even more creepy and invasive with the advent of new programs by Amazon and Walmart which allow these corporations to enter your home when you are not there.

That’s right: Amazon is rolling out a new program called Amazon Key which will launch on November 8th, 2017.

Amazon wants you to not only set up equipment to monitor yourself and your home, but also to pay $250 for their kit which includes an Amazon security camera (the Cloud Cam) and a “smart” lock for the privilege of doing so. This is an obvious continuation of the smart deception and smart invasion.

As usual, this corporatocratic surveillance is being sold as trendy, useful and convenient; none of the grave privacy concerns of literally handing over the keys of your house or apartment to giant corporations are addressed. 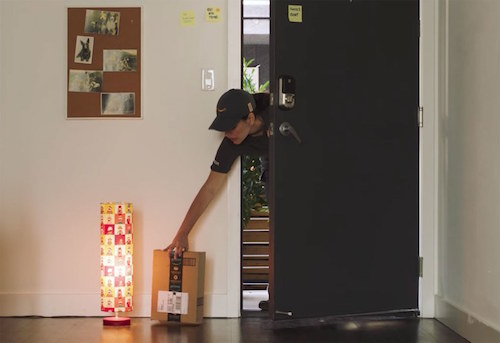 The Amazon Key system is quite a staggering leap forward in corporatocratic surveillance. Amazon literally wants to be able to send in its agents through your front door without you being there.

More than that, it wants to set up a system (on its servers, of course) where you can remotely open the door for anyone, even if they don’t want work for Amazon, e.g. house cleaners, pet sitters and dog walkers. This means Amazon gets all the footage of the inside of your house. This article explains how it works:

“You order something for delivery and click the “in-home” shipping option. When the delivery driver arrives, Amazon verifies the address and delivery time and allows him or her into your home. You can watch from your phone as the camera records the whole thing. Amazon says the delivery driver will not be given an access code or key.

“The service isn’t just for deliveries. Amazon says you can also use it to let family and friends into your house when you’re not home. And it will work for certain services like home cleaners, pet sitters and dog walkers. Amazon Key will be available in 37 U.S. cities to start, and Amazon says it will add more.”

Amazon is not the only corporate behemoth to begin such programs of remote delivery access. Walmart has also been testing a service that allows a delivery driver from the startup Deliv into your home (mostly for groceries) by teaming up with smart lock business August Home.

The Walmart agent gets a one-time passcode for a smart lock and access to your fridge; as with Amazon Key, you are allowed to watch the delivery agent on your smartphone via the security cameras you installed in your home. 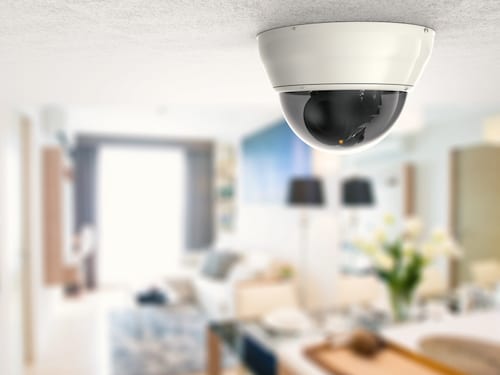 If you think this is just some kind of side experiment, think again. This is the future of delivery as planned out by big online retailers, as this article states:

“The move, in the works for more than a year, may help Amazon capture sales from shoppers who could not make it home to receive an order in person, and did not want the package stolen from their doorstep. It also signals Amazon’s ambitions in the growing market for home security devices, where Alphabet’s Nest Labs… competes.

“This is not an experiment for us,” said Peter Larsen, Amazon vice president of delivery technology, in an interview. “This is a core part of the Amazon shopping experience from this point forward.” …

“It is unclear if such protections will persuade customers that the service is safe to use. Larsen said theft was “not something that happens in practice,” based on early tests of the Amazon Key program.

He added that if a problem arises, “You can call customer service, file a claim and Amazon will work with you to make sure it’s right,” reimbursing customers in some cases.” 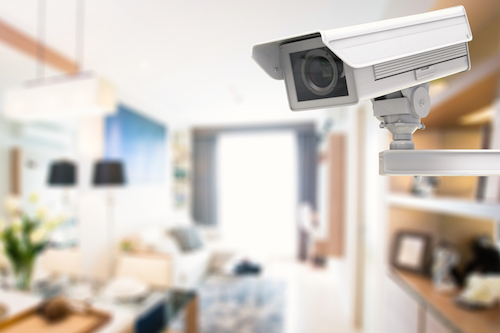 Will you willingly set up surveillance cameras inside your front door,
just so you can have the convenience of Amazon Key?

Frogs in the Boiling Pot: Will You Hand Over Control?

Amazon, Walmart, Google, Facebook and others are already inside your home in many ways. If you have Echo, Siri, Alexa or any other gadgets, they are listening in on your calls.

In a recent Activist Post article, Nicholas West revealed how many smart devices have already snitched on they owners by automatically calling 9/11 or some kind of law enforcement agency without the owner’s knowledge or consent. The owners were later arrested, charged and in some cases fined and imprisoned.

Staggeringly, the evidence was deemed admissible in court by various judges, which is a full frontal onslaught against the 1st, 4th and 5th amendments to the US Constitution.

Each and every time these retail/tech giants roll out new programs, our privacy and freedom is diminished, step and step. We have well passed the point of saturation with convenience. Now it’s just convenience for convenience’s sake.

Do the risks of allowing unknown people and giant corporations access to your living room and kitchen outweigh the possibility your package may get wet or swiped? What if the courier accidentally lets your pets out? What if your pets attack the courier?

Have you asked yourself: why do Amazon, Walmart and the whole corporatocracy wants such reach into your lives, that they literally want the keys to your home? Is it because they truly want to serve you and make life easy? Or is something else afoot here?