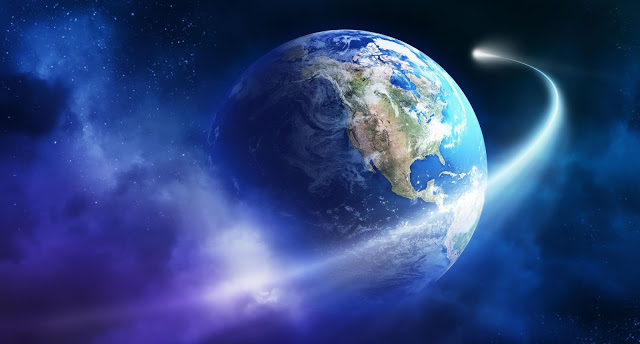 The Universal Ascension Process – Our Journey to Oneness

Humanity is in the midst of a great ascension event and in fact, a massive trans-dimensional shift is underway across all of creation.

This shift is being experienced on Earth as heightened levels of consciousness, expanded perceptual abilities, and quickened manifestation. And this shift is but one small aspect of the overall Ascension process that the entire Universe is undergoing on a constant basis.

The universal ascension process is the fundamental evolutionary dynamic operating within the multidimensional structure of universal consciousness, and along with the laws and mechanics of reality creation these represent the three absolute foundational elements of reality and existence.

The universal ascension process has been discussed throughout the ages and often misunderstood or over-simplified. 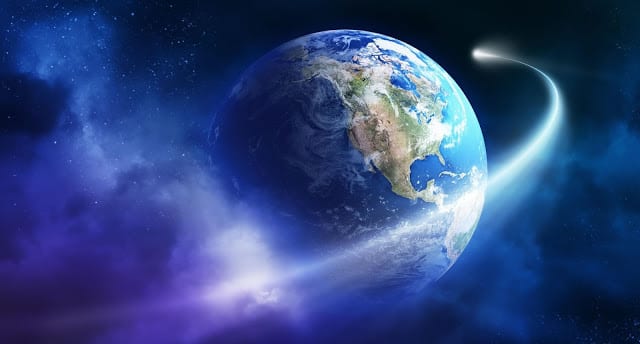 “It is toward that state of bonded Union with the expanded levels of self that you strive in these times.” — Rasha, Oneness

In this article, I offer my understanding of the universal ascension process gleaned from my studies and insights over the past few years.

Ascension is the core dynamic of the Universe, and it cannot be understood without realizing that the Universe IS consciousness, and understanding how that consciousness is structured. Let’s do a quick review.

All is Energy, All is Mind

Everything visible and invisible to our physical senses, including matter, are simply patterns of energy.

The Universe is a field of energy, and here’s the kicker — this field of energy is conscious! How and why this is so is still bit of a mystery, but none the less consciousness is the fundamental stuff of the Universe and everything else is just derivative.

Our consciousness is not a product of our physical brains, as contemporary science would have us believe, it is a thread of Universal consciousness. There is only one consciousness in the universe and it is the “source” of each of ours.

The Nature of Reality

The reality we perceive and experience isn’t the objective thing that our physical senses and analytic mind have concluded, it’s more akin to a very lucid coherent dream.

The reality that we perceive is just the tip of the iceberg. There are multiple realms of existence and planes of reality within this great conceptual space — there’s so much more than we’ve ever imagined and it’s amazing!

The Nature of Self

The self that many believe is all of them, the self that identifies with the physical body and physical mind, is a mere transient fragment of your TRUE self. Your true self is your consciousness, and it is a thread of universal consciousness.

And this consciousness that is YOU is organized into multiple layers, with each higher layer being a composite of all the parts in the lower layer — you are multidimensional being, and every level of your self is striving towards reunion with its source — this is the process of ascension.

The most immediate higher layer of your consciousness is your SOUL. Your Soul is an individuated aspect of universal consciousness with its own focal point of awareness, and local memory that accumulates and stores all of your experiences, and the understandings derived from them, within its energy field.

Your Soul created and connected to your physical body because physical existence is unlike anything in the non-physical realms and provides highly formative experiences that contribute greatly to its spiritual evolution and ascension.

The Multi-level Structure of Universal Consciousness

Your soul is part of the multi-layered composite structure of universal consciousness.  As explained in depth in my article The Multidimensional Self, source consciousness created many selves within itself by the process of division.

The primary mechanism of the subdivision process is frequency reduction. By reducing the frequency of portions of its energy Source created distinct areas within its consciousness.

Frequency differentiation is one of the reasons why sub-selves appear distinct and separate from their parent self and is a key element in understanding the universal ascension process.

This process of subdivision has been repeated many times creating a deep parent/ child lineage — a massive branching tree of sub-selves all within the One Self.

The multi-level divisional structure of consciousness represents a massively parallel evolutionary strategy for the expansion of source consciousness. Source is the sum of all the experiences and understandings of a massive tree of sub-selves.

Ultimately every self, every being, is a part of the One Self that is Source consciousness, and it is expanding its understanding of itself and the nature of its existence through all of our experiences.

The Journey of Souls — Spiritual Evolution and Ascension

The fundamental impetus that drives all selves, all beings, at any level in the tree of consciousness is the desire to evolve spiritually and attain reunion with their source.

Your Soul is near the bottom of the stack in the multi-level structure of consciousness. The Soul exists at a frequency level that is close enough to the physical frequency bands that it allows it to connect to a physical body.

Each soul evolves by the apparent linear process of incarnating many times in a series of physical lives.

The many lives that are attributed to your Soul are actually the parallel lives of a related group of Souls — all the souls that are children of your Souls parent self — a level of self known as the Over-Soul.

Your Over-Soul subdivided itself into many Souls for the specific purpose of collecting a wealth of physical experience from many parallel life journeys.

The understandings reaped from these journeys are enriching your Over-Soul and every higher level of itself, and drawing it ever closer to complete attunement to its highest self, the One Self — Source consciousness.

Higher Self, Wider Self, One Self

And you could take this idea a step further — if you adopted the perspective of your highest self, the One Self, then all sub-selves created within the One Self, regardless of what level, could be considered your other selves. In a very real sense we are all one.

Sub-threads of the Soul — Probable Selves

A little known, and quite astounding, additional example of the massively parallel strategy that every level of consciousness and beingness is employing to maximize its spiritual evolution is something that your Soul is doing completely unbeknownst to you.

Your Soul isn’t just experiencing one life path as defined by your choices, it is experiencing EVERY POSSIBLE life path variation and doing it in parallel!

Your Soul is literally exploring every probable way that your life could unfold.  At every decision point, of any significance, along your life path, your Soul creates two sub-threads of its consciousness and uses them to follow both branches of experience.

At any given time, your Soul has a substantial number of sub-selves navigating many parallel life path variations and thereby maximizing the growth potential for itself and all its higher levels of self.

You are a multi-level multi-part being, and through your simultaneous journeys in many realities, realms and timelines you have reaped a wealth of experience and understandings that are enriching every level of self.

Ascension and the Unification Process

The journey of Souls involves way more than just souls — every level of beingness and self is involved. The journey is the evolutionary process of reintegration with our source.  All beings are continually evolving until they reunify with the One Self — and become one with their Source, with God.

Our source devised the process of dividing and differentiating itself as a strategy to explore the nature of itself and its existence. The experiences and understandings reaped from its many sub-selves are expanding its understanding of itself at an exponential rate.

The experiences that each of us has, and the understandings that are gleaned from them, are not fully assimilated into the next higher level of our self until we reintegrate energetically with that next level.

This process cascades up until eventually all levels of self and all sub-selves have reintegrated with their highest self, none other than source consciousness — the One Self.

Cycles of Differentiation/ Division and Unification

This is the universal ascension process and it has two phases; differentiation and unification.

During the differentiation phase, Source divides itself into many sub-selves, using the multi-level sub-divisional process, unfolding/unfurling itself into a great inverted tree-like structure of beingness.

This sets the stage for the unification phase initiating a massively parallel process of self-discovery and reunification. The reunification process progresses from the bottom up.

This is our journey to oneness. This is the fundamental dynamic that our Source set in motion to expand itself.

This is the great process of differentiation and unification that the One Self has repeated many times to expand its understanding of self and existence. The French philosopher Henri Bergson unintentionally captured the essence of this process when he said the following.

“To exist is to change, to change is to mature, to mature is to go on creating oneself endlessly.”

Oneness is the state that every level of beingness is striving towards. And this yearning for reunification comes directly from the One that exists deep within each us.

One for all, and all for one!