Humanity is being held hostage by the Illuminati bankers who control the oil cartel.

“The number one thing that will diffuse the [Illuminati agenda] is to bring in an alternate energy source.”

Water-powered cars have been given scant media coverage. In some cases, the inventors were intimidated into ceasing their work or assassinated.

Most of the cars use water as a source of hydrogen, which is a very efficient fuel.

1. Herman Anderson (1918-2004) — Herman had an illustrious career as a scientist at NASA testing hydrogen powered rockets. He used this knowledge to create a water-powered vehicle which he believed would transform the world. Herman created a water powered Chevy Cavalier (pictured above).

He was allowed to drive it, but was banned from selling or manufacturing the vehicle in his home State of Tennessee. The official reason was that the car gave off too much radiation. However, hybrid cars (that use both electricity and oil) produce a similar level of radiation and are legal. Go figure.

2. In 2008, a Japanese company called Genepax unveiled a water-powered car. They received a patent for the vehicle in Japan and demonstrated it to the press. The car is extremely efficient, able to drive at 50km/h for an hour on a litre of water. It runs on virtually any form of water too, even tea and soda. 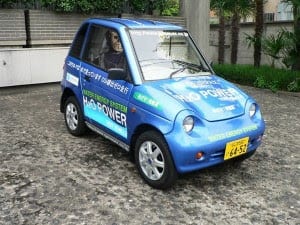 A year after the launch Genepax stopped selling the cars due to lack of funds. They currently have a website that explains how to convert your car to run on water.

3. Stanley Meyer (1940-1998) — The most famous water car inventor. The American created the ‘water fuel cell’, claiming that any car fitted with it could run purely on water.  A local television station filmed him driving a dune buggy powered by the device. 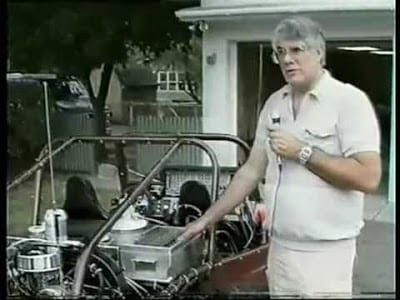 The British Advanced Energy Institute reported, ‘We recently sent a delegation to witness Stan’s work, to really evaluate it, and came back saying “this is one of the most important inventions of the century.”‘

In 1998, Stanley was murdered. He and his brother Stephen met two Belgian men at a restaurant who claimed to be potential investors. After drinking a sip of cranberry juice, Stanley grabbed his neck and ran outside, where he was violently sick.

Stephen recalls, “I ran outside and asked him, ‘What’s wrong?’. He said, ‘They poisoned me.’ That was his dying declaration.”

The following day Stephen tracked down the Belgian men. “I told them that Stan had died and they never said a word, absolutely nothing, no condolences, no questions.” A week after his death, the Feds came to Stan’s home and confiscated his car and research equipment.

4. Steve Ryan’s water powered motorcycle — In 2005,  “60 Minutes” featured the inventor Steve Ryan demonstrating his water-powered motorbike. The footage shows Ryan fueling the bike with just water and then driving it 50mph along a highway. 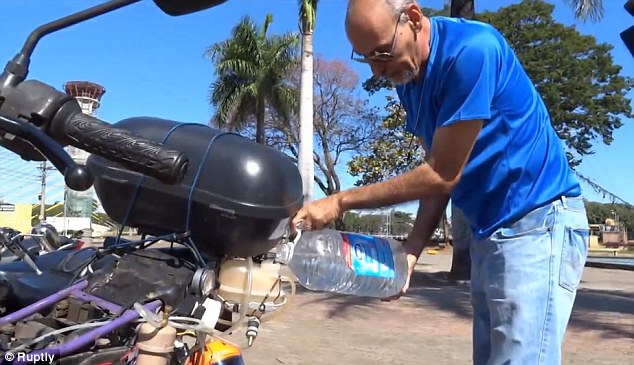 Ryan’s firm, BiosFuel were planning to sell motorbikes with the conversions in them. However, the company went quiet before announcing, ‘Due to political and economical reasons, we are unable to sell the motorcycles.’

5. The Joe Cell — An Australian man, only identified by the name of Joe “X”, has designed an Energy Cell that utilizes water for a fuel.

Unlike the other devices that use water as a source of hydrogen, The Joe Cell uses electrically-charged water as the “gate” or medium through which to draw a special kind of energy from the atmosphere. The existence of this free energy (termed the ‘ether’) is denied by orthodox science but adhered to by alternative scientists like Nikola Tesla.


Ken Adachi explains in detail how The Joe Cell works.

Joe’s experiments with various prototypes of his Energy Cell were recorded on amateur videos recorded in Australia from 1993-1997.

Joe X was the victim of threats and harassment that succeeded in stopping him talking. However other researchers have taken his videos and manuals and tried to build the device.

6. A man called Bill Williams studied the tutorials and claimed that he was able to power his truck using the fuel cell. He shared his findings with a group of fellow enthusiasts online. He explained in detail how he was intimidated into stopping his research:

“The driver got out of the rig and approached me. At about the same time, the passenger opened his door. The driver stated that they wanted me to stop working on all forms of alternative energy. He also stated that we know everything about me, my family, and all my projects past and present.

“At about that time the passenger reached and held up a file that was about 2 or so inches thick. He opened it up and showed me telephone transcripts, emails, messages from the groups that I had belonged to. They knew where my kids worked, the times they are at work; also my wife’s working hours, my grandkids’ school, etc. They knew everything.

“The driver said that if I did not stop working on this (he then opened up the left side of his jacket and showed his weapon that was holstered) that there would be other consequences. He also stated that he wanted me to post that I was no longer working in this field and to destroy all my work, i.e. cells, drawings, lab journals, everything!”

After a few days of contemplation, Bill decided to abide by the demands:

“I thought I was strong but when illness to the family comes into play, I have failed. I am truly sorry. I will not be working in any form of alternative energy field anymore. I destroyed my device tonight along with my written data and lab notes.”

We are complicit in the suppression of free energy technologies. The truth is right in front of our faces: a quick YouTube search pulls up MANY videos of water powered cars.

If we want free energy we need to stand behind the inventors. As Stanley Meyer once told an audience, ‘If me and you could come together in accord, no political institution in the word, no multinationalist groups could defeat us.’

Corporatocratic Surveillance Just Got One Step More Invasive Previous post
This Natural Root Can Remove Fluoride From The Brain, Says Study Next post