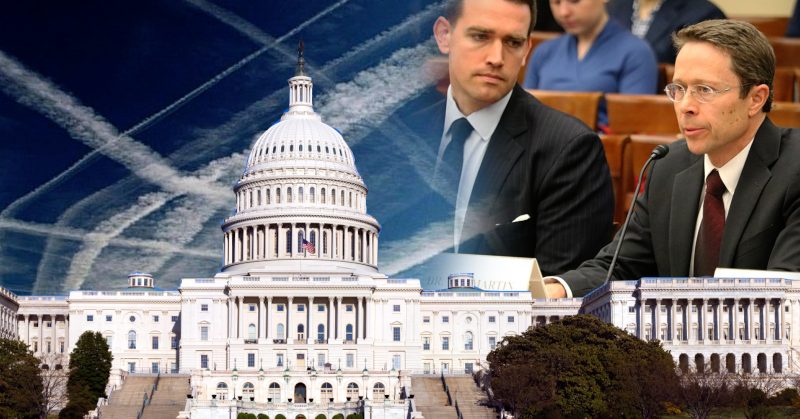 A Conspiracy No More: US Government Openly Meets to Discuss Future of Chemtrails/ Geoengineering

Wednesday marked the first time that the U.S. government openly acknowledged and discussed the reality of chemtrails — or as they and their ilk call it, “geoengineering.”

Politicians and members of various fields convened for the US House Subcommittee on Environment and Subcommittee on Energy Hearing, discussing everything from funding the controversial sky-spraying operations to closely regulating them to prevent significant damage to the public.

“One concern,” said Committee Chairman Lamar Smith during the hearing, “is that brightening clouds could alter rain patterns, making it rain more in some places or less in others. We still do not know enough about this subject to thoroughly understand the pros and cons of these types of technologies.” 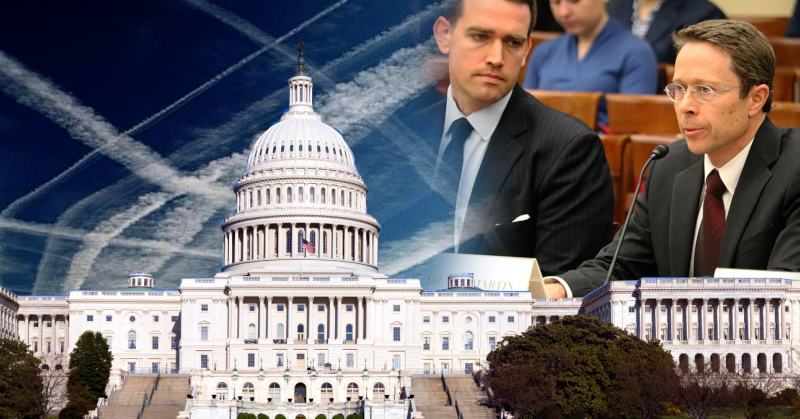 Described by some as a “coming out party” for the entire geoengineering industry, the hearing also acted as a way to legitimize the field and gain federal funding from the Trump Administration.

As reported by the Sacramento Bee:

“[Philip] Rasch and [Joseph] Majkut are two climate specialists who testified Wednesday…on the potential for “geoengineering” — a catchall for proposals to directly cool the atmosphere or pull carbon emissions from it.

“One idea gaining traction is to seed marine clouds with salt water or other particles, increasing their potential to reflect solar rays, cooling the earth. Its part of nascent and controversial branch of science known as “sunlight reflection methods,” or SRM.

“’We think SRM could buy time for other (carbon-reduction) measures to be put in place,” said…Rasch, chief climate scientist for the Pacific Northwest National Laboratory in Richland, Washington.

“’If the worst case scenarios of global warming come to pass,” [added Majkut,] “these technologies could be used to help people, saving lives and economies from the worst effects of climate change.”

America’s own elected representatives, along with key specialists in a variety of fields, are openly discussing spraying the sky with potentially-toxic materials.

It’s an irony too bitter to handle after years of disinformation and social ostracization against the so-called “conspiracy theorists” who were convinced that large airliners high in the sky were spraying something…unnatural.

But it hasn’t only been online speculators — numerous studies have suggested someone is spraying something into the sky, and sometimes with toxic consequences.

“The widespread, intentional and increasingly frequent chemical emplacement in the troposphere,” reads one study published in the International Journal of Environmental Research, “has gone unidentified and unremarked in the scientific literature for years.”

“The author presents evidence that toxic coal combustion fly ash is the most likely aerosolized particulate sprayed by tanker-jets for geoengineering, weather-modification and climate-modification purposes and describes some of the multifold consequences on public health.”

Despite openly advocating for what was once ridiculed as a conspiracy theory—and which has plenty of evidence suggesting it could be harmful to the public’s health—attendees at the hearing casually discussed the importance of “regulating” upcoming geoengineering operations.

Jerry McNerney, a Congressman from California, announced his plans to oversee any such spraying initiatives, including urging the Energy Department to support two new reports by the National Academy of Sciences, one of which includes suggestions on how to regulate the practice.

A significant motive for chemtrailing seems to be centered on combating climate change.

Chairman smith emphasized, “…we are not sure this is plausible, some scientists believe it could achieve substantial environmental benefits at a cheaper cost than regulations,” adding that there was, indeed, a potential for “unintended consequences of geoengineering.”

By David Wolfe, Guest writer / http://www.sacbee.com; http://thefreethoughtproject.com; http://www.mdpi.com
Over 1 Million Call on DOJ to Block Bayer-Monsanto Merger Previous post
We Are In A Huge Upgrade of Expanded Consciousness Which Leads To Light Body Formation Next post