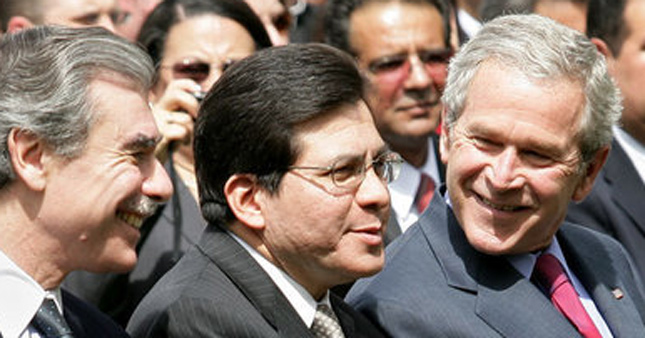 Bush fired several U.S. Attorneys to help cover up a pedophile ring being run out of the D.C. hotels involving Congressmen, Senators and reporters.

This was the Franklin Scandal. The Bush administration fired the agents investigating the crimes to cover it up. U.S. senators and congressmen were covering up the Dusty Foggo government lobbyist and military prostitution and pedophilia ring in Washington involving legislators, news reporters, military officers and high government officials. (Must-read on the subject: George Bush Pedophile Sex Ring and Blackmail of Congress).

According to a long-time senior intelligence agent the Washington, DC Hilton, Ritz Carlton and Sheraton Hotels were used for compromising House and Senate members, National Media hosts who had sex with children in a legislative and media Blackmail ring. 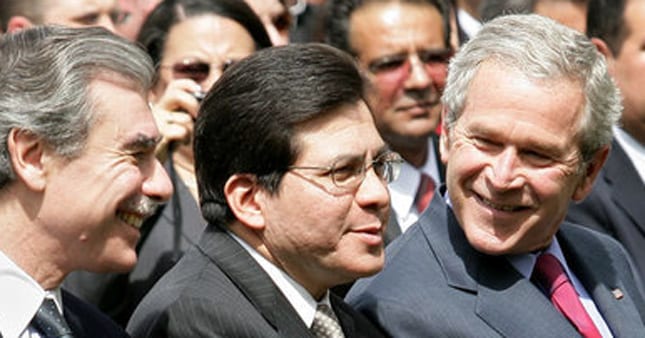 “The whole Republican and Democratic Parties were for sale, the House, Senate and the White House.”

“Poppy Bush and Abramoff were up to their eyeballs in this kid sh*t,” said the Federal Agent.

Supposedly convicted Lobbyist Jack Abramoff provided male and female heterosexual, homosexual, lesbian, bisexual and child prostitutes sexual services to numerous US Congressmen, US senators, national media hosts and other federal officials who were compromised and made susceptible to blackmail at three Washington hotels.

The Washington Hilton was specifically used for sex with children because it has what the agent termed a “super secure section for VIPs that is out of public view and which reportedly employs no camera surveillance, an area able to hold around 6-10 vehicles so that no one could observe abducted, abused or drugged children flown in from other states who were coming to or leaving the hotel.”

Hilton employees began to become suspicious of Abramoff’s operation, so children were moved to the Washington Ritz-Carlton according to other intelligence officials.

They reveal the inner workings of a company that fronts as an intelligence publisher, but provides confidential intelligence services to large corporations, such as Bhopal’s Dow Chemical Co., Lockheed Martin, Northrop Grumman, Raytheon and government agencies, including the US Department of Homeland Security, the US Marines and the US Defence Intelligence Agency.

Central to the scandal is fired U.S. attorney Carole Lam of California who was reportedly conducting testimony before grand juries linking indicted former Bush CIA Executive Director Kyle a**Dustya** Foggo and convicted Republican lobbyist Jack Abramoff to the sex ring, Israeli espionage, GOP Under Secretary of Defense for policy Douglas J. Feith, a forged British intelligence dossier used by Mr. Bush to deceive Americans into supporting war against Iraq and an attempt to plant weapons of mass destruction (WMD) in Iraq before the war via an intelligence pipeline through Turkey. READ MORE

“The whole Republican Party was for sale—the House, Senate and the White House,” said a well-respected federal agency official with impeccable credentials who declined to be named but who is familiar with testimony and sources close to the grand jury probing Jack Abramoff.

There are no corporate media reports as to which White House officials participated in the hotel sex ring activities with House and Senate members; however, Heneghan said U.S. Senate Leader and 2008 presidential candidate William Frist was alleged to be a frequent visitor to the hotels according to U.S. intelligence agents.

Heneghan also alleged additional prostitute customers as British Prime Minister Tony Blair and former CNN host-reporter Robert Novak, both of whom were introduced into the sex-ring by GOP reporter and male prostitute Jeff Gannon, who visited the Bush White House living quarters 200 times without the assignations being recorded in visitor logs.

The genesis of the Valerie Plame CIA leak allegedly took place during one of Novak’s visits with an Abramoff hooker at one of the hotels according to the sources.

The corruption and crimes surrounding the indicted Republican lobbyist were widespread and far-reaching enough to cause Fitzgerald to impanel a separate grand jury, often referred to by intelligence officials as the “Franklin grand jury,” which is hearing testimony and examining Abramoff linked evidence tied to the Iraq War, September 11 and related issues.

The federal source wishing to remain anonymous said that additional government officials are currently testifying this month before the Franklin grand jury about Abramoff, the GOP-linked prostitution ring and its ties to AIPAC.

“Photographs of politicians in compromising positions have reportedly already been used as blackmail to silence politicians who would speak the truth about the 2000 election fraud in Florida, 9-11, Iraq/ yellowcake/ WMD and how Jack Abramoff and Netanyahu were the pimps for the operation,” said Heneghan.

President Bush has emphatically denied that he personally knows Abramoff, despite CIA records indicating the indicted lobbyist visited the White House 200 times during the first ten months of the Bush presidency — often enough for a personal visit on every business day of each month, according to wide news reports.

Despite the daily White House visits, Bush said “I’ve never sat down with him and had a discussion with the guy,” adding, “I’m also mindful that we live in a world in which those pictures will be used for pure political purposes,” attempting to justify his unwillingness at first to release photos of him chatting amicably with Abramoff.

Fitzgerald is reportedly convinced that the Bush administration wanted Valerie Plame-Wilson’s identity as a CIA official leaked because her intelligence team had identified Israeli Mossad operatives inside Iran who were to receive weapons of mass destruction (WMD) to be delivered through Turkey and planted in Iraq to further the president’s case for war, said the intelligence expert.

“The financing for these whorehouses is linked directly to AIPAC, Benjamin Netanyahu, Marc Rich and Jack Abramoff; and the money trail ties back to American International Group (AIG), Hank Greenberg and Doug Alexander — former British Minister of E-Commerce,” said Heneghan.

In an ominous prediction, Heneghan said, “It won’t be long before the un-compromised U.S. military may have to declare a State of Emergency and re-implementation of the Constitution under a special provision of the Naval Code, which would lead to the arrest and removal of the criminal government residing at 1600 Pennsylvania Avenue.” (Bush and his thugs)

According to Heneghan, the Abramoff congressional sex ring is tied to the SunCruz Casino scandal, secret accounts at Riggs Bank and Crozier Bank, the 9-11 “hijacker” Venice, Florida flight schools, and former U.S. ambassador to Italy Mel Sembler and Doug Alexander — both of whom have been linked to the reported Florida 2000 election fraud — all of which is tied to a financial trail that connects narcotics trafficking to Al Qaeda and the congressional sex ring.

MSNBC host and former congressman Joe Scarborough, subject of a recent TomFlocco.com story, “is now cooperating with federal investigators in the Abramoff matter which has led the probe to the doorsteps of the AIPAC whorehouses now operating in Washington, DC,” said Heneghan.

The intelligence expert told us “Scarborough told federal investigators that he now believes his female staff member was murdered in his congressional office to silence her regarding knowledge of Alexander, Sembler, Katherine Harris, Jeb Bush and the Florida election 2000 coup d’ etat.” READ MORE