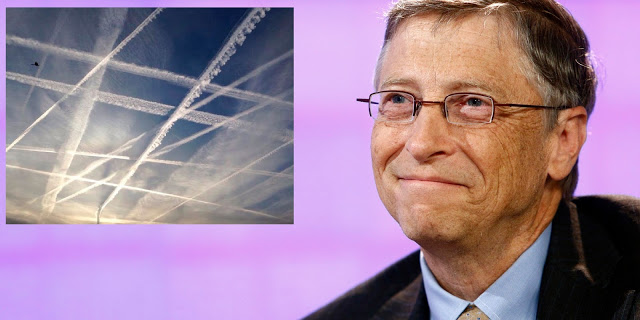 Did You Know That in 2012 Billy Boy Agreed to Fund Chemtrail Project?

Geo-engineers are finally coming out of the “chemtrail” closet, as reports are now emerging about deliberate plans in the works to dump untold tons of sulfate chemicals into the atmosphere for the purported purpose of fighting so-called “global warming.”

The U.K.’s Guardian and others are reporting that a multi-million dollar research fund, which just so happens to have been started and funded by Microsoft founder and jjab enthusiast Billy Boy, is being used to fund the project.

A large balloon hovering at 80,000 feet over Fort Sumner, New Mexico, will release the sulfates into the atmosphere within the next year [i.e. 2013]. 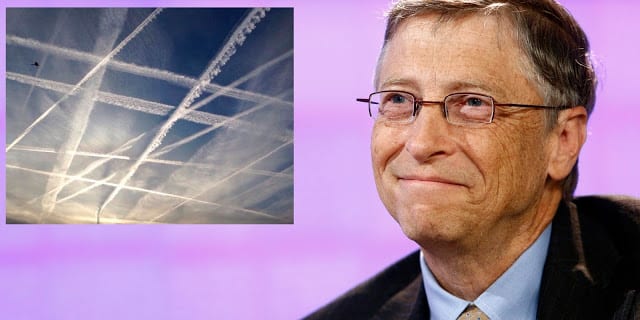 The stated purpose for this massive release of toxic sulfate particles is that doing so will allegedly reflect sunlight back into the atmosphere, and thus cool the planet. But many environmental groups and advocates of common sense are decrying the idea as dangerous, and one that could result in permanent damage to ecosystems all across the globe.

“Impacts include the potential for further damage to the ozone layer, and disruption of rainfall, particularly in tropical and subtropical regions, potentially threatening the food supplies of billions of people,” said Pat Mooney, Executive Director of the ETC Group, a Canadian environmental protection group.

“It will do nothing to decrease levels of greenhouse gases in the atmosphere or halt ocean acidification. And solar geo-engineering is likely to increase the risk of climate-related international conflict, given that the modeling to date shows it poses greater risks to the global south.”

But the Gates-backed cohort is persistent in its efforts to geo-graffiti the world, as its scientists insist that governments are not doing enough to fight back against the supposed environment impacts of global warming.

If governments refuse to implement high enough carbon taxes to eliminate greenhouse gases, in other words, then Gates and Co. believes it has no choice but to “save the planet” by polluting it with sulfate particles.

Spraying the skies with sulfate particles will destroy the planet faster than ‘global warming‘ ever could,

Sulfate particles are toxic, though, and constitute the very same type of ambient particulate matter (PM) that the U.S. Environmental Protection Agency (EPA) considers to be a noxious air pollutant.

Deliberately spraying the skies with tiny particles composed of any material, for that matter, is hazardous both to respiratory health in humans and animals, as well as to water sources, soils, and other delicate environmental resources.

“Sulfate particles from acid rain can cause harm to the health of marine life in the rivers and lakes it contaminates, and can result in mortality,” says an online water pollution guide.

A University of Washington (UW) report also explains that sulfate particles “contribute to acid rain, cause lung irritation, and have been a main culprit in causing the haze that obscures a clear view of the Grand Canyon.”

Blocking the sun with reflective particles will also deprive humans of natural sunlight exposure, which is a primary source for naturally generating health-promoting vitamin D in the body.

So once again, Billy Boy is at the helms of a project that seeks to control the climate in artificial ways using toxic chemicals, an endeavor that is sure to create all sorts of potentially irreversible problems for humanity and the planet.

By Ethan A. Huff, Guest writer