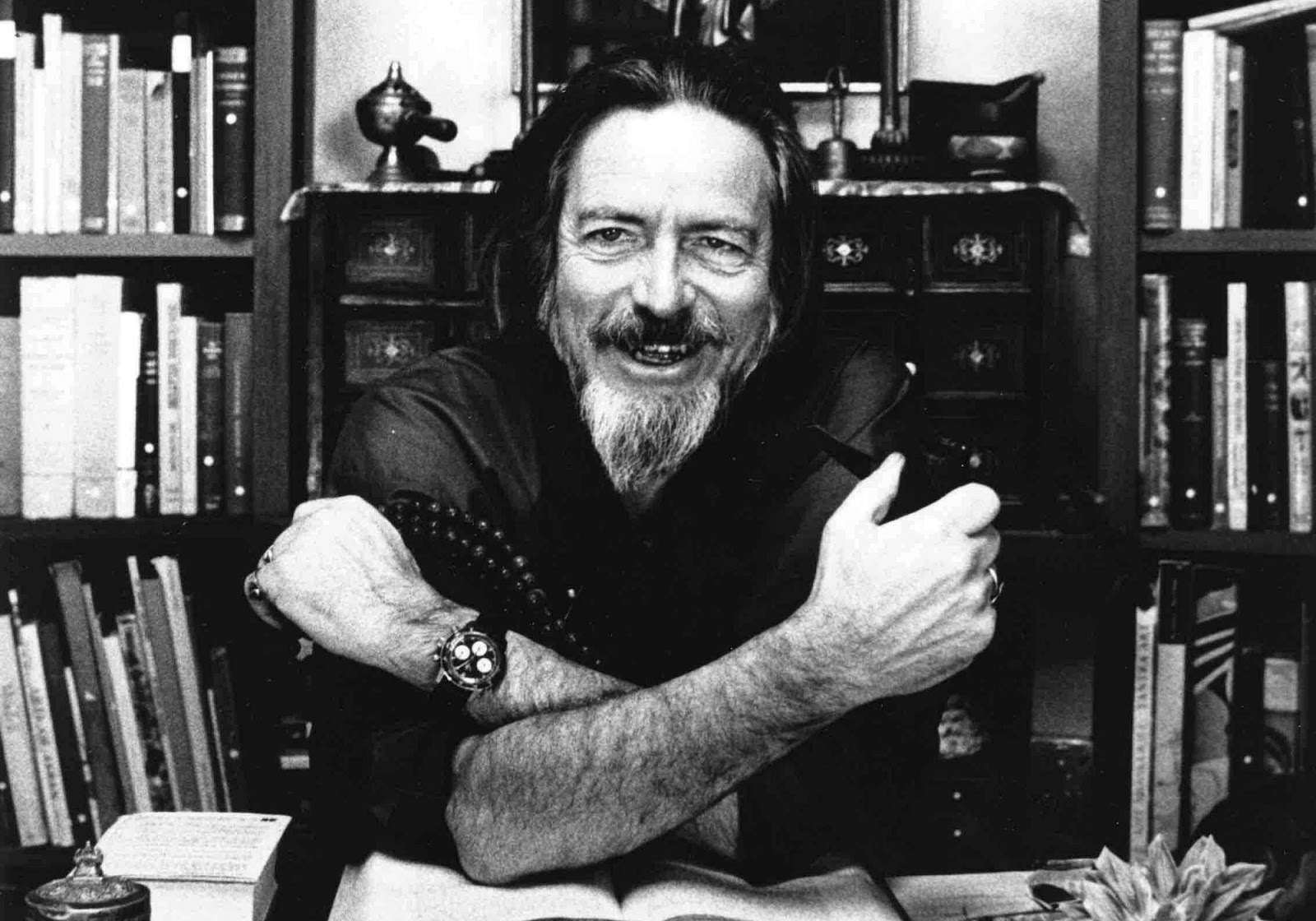 Few people have communicated difficult ideas with as much clarity as Alan Watts.

He is known today for the work he did to popularize Zen concepts in the west. Through his books and his recorded lectures, he touched on almost every major contradiction in life.

His signature teaching  —  and he applied it to almost every part of existence  —  was that there is no end or destination. Watts knew that the point was ultimately to be where you are and experience things as they are here and now rather than in some romanticized past or future.

He continually stressed how little understanding we actually have of reality and its contents, and he was often careful not to make things more complicated than they needed to be. 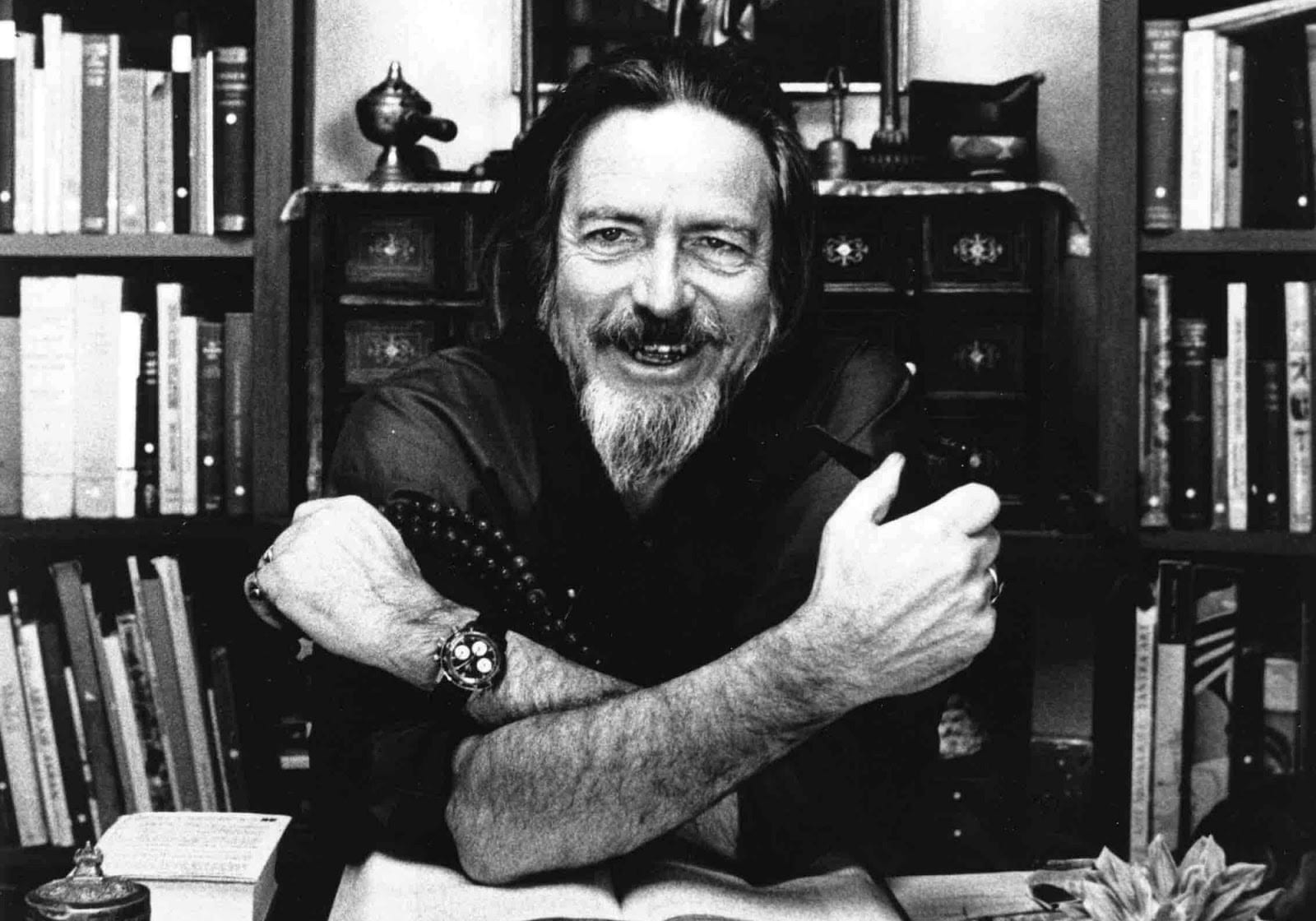 One thing, however, that he always felt strongly about and that he observed modern society constantly getting wrong was our entire approach to the idea of work. In his own words:

“You are involved by and large in a very strange business system which divides your day into work and play. Work is something that everybody does and you get paid to do it because nobody could care less about doing it.

“In other words, it is so abominable and boring that you can get paid for doing it. And the object of doing this is to make money. And the object of making money, is to go home and enjoy the money that you’ve made. When you got it, you see, “you can buy pleasure.”

No Such Thing As Work

Naturally, Watts’ definition of work doesn’t apply to every job each one of us does. That said, the underlying theory of the role of work in modern society, though extreme, is largely right.

Biologically, there is no such thing as a set requirement to do a set amount of work. We’re programmed to strive for things and to struggle for survival, which itself is one definition of work, but overall, the concept of sacrificing time for money is a cultural construct.

When we think of something as work, we automatically compare it to leisure, and by definition, if it’s the opposite of leisure, we think that it’s not something that gets to be enjoyed.

Even if you have a job that satisfies all of your criteria for keeping you engaged and excited, this ingrained narrative that you’re “working” when you’re doing that thing causes you to see your tasks and your demands as things that are enforced on you rather than chosen.

Choice is an essential requirement in humans for a feeling of motivation and control, and our distinction of certain commitments as work completely strips that away from us.

Given that we all have to make a living and that doing so is going to demand a big chunk of our time, it’s valuable to think of ways that we can make this time as pleasant as possible.

Granted, not all circumstances enable an environment to see work as something other than that. That said, by merely taking a more fluid approach to the commitments in your life by reducing overt contrasts between what you enjoy and what you don’t, you can make it better.

The Real Secret Is Play

Another way to complement a lack of distinction is to see everything you do as play.

Humans are playful by nature. While many of us give up the dolls and the action figures as we age, most of the activities that we consider enjoyable throughout the years, whether it be reading, creating, or exercise, are a form of play. They’re a kind of game that we engage in.

We choose to deliberately focus our attention on something, we strive to get the most out of it that we possibly can, and if we do it well, we get completely lost in a world of joy and awe.

The medium of play, although important, isn’t really crucial. The underlying pattern of behavior is something that exists as a default and innate ability in our mind. It may come easier if you have a habit of enjoying a task, but it can be harnessed with effort regardless.

This is something that Alan Watts advocated throughout his life. We get so caught up with existing definitions that we forget that the boundary between work and play is illusionary.

Nothing in the world is inherently interesting. Things are interesting because we take the time and effort to make them interesting. If you have a fluid definition of work and leisure, then much of the time you can turn whatever the job is into play by gamifying it.

If you practice a kind of presence about being where you are rather than waiting to get out of a task in the near future, and if you design the circumstances around your demands to be somewhat challenging, then there is no reason that you can’t enjoy the time that pays you.

This mentality also saves you from getting caught up in the rat race to nowhere. You play because it’s enjoyable, not because you’re chasing some imagined destination of success.

All You Need to Know

Alan Watts passed away in 1973, but much of his wisdom lives on in all corners of the world.

You don’t have to agree with everything he believed to see that there is merit in his argument about the flaws in the modern concept of work. It’s something that takes up more of our time than almost anything else in life, and yet, it’s also a major source of human misery.

We contrast it with leisure, and as a result, we treat it like a thing that’s the opposite of leisure. Often that may indeed be the case for many of us. That said, it doesn’t help that we’ve created a false cultural narrative that thrives on a distinction rather than integration.

If you see your life more fluidly as a commitment of responsibilities, and if you can treat these commitments as play, there is no reason work has to be a source of dissatisfaction.

In fact, things you enjoy are interesting because, at some point, you took the time and energy to make them interesting. If you appropriately gamify your work, you can do the same there.

If you happen to be in a position where it’s not possible to enjoy your work, maybe it’s time to make a change. Naturally, everyone has bills to pay and personal responsibilities. That said, if you can cover the basics, it’s at least worth considering alternative options.

“Better to have a short life that is full of what you like doing than a long life spent in a miserable way.”

Hillary ‘Regularly’ Attended Witch’s Church, Clinton Insider Claims Previous post
Ron Paul: No One Should Be Surprised That a Gov’t Who Kills for Profit is Full of Rapists Next post