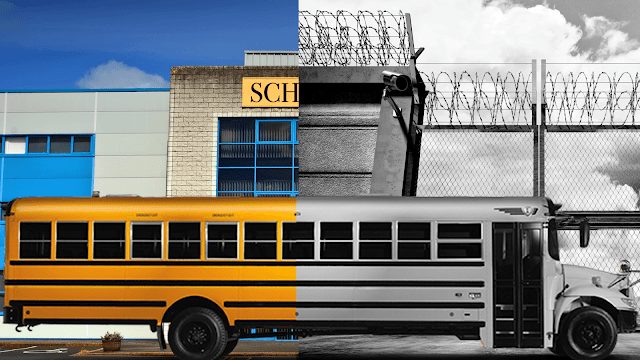 If you’re a freedom-loving parent, you’re probably doing all you can to give your children autonomy in their own lives. You’re treating them well in the present.

But you’re also looking to the long-term goals of raising self-reliant adults who desire freedom for themselves and others. When your kids are with you, you treat them with respect and love.

But what other influence is undermining your message? The answer: institutionalized schooling. 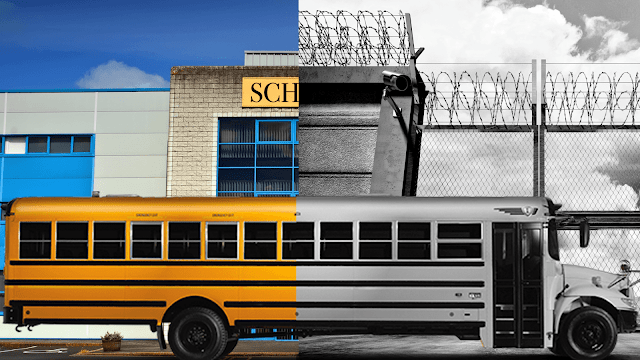 By their very design, schools restrict the freedoms of individuals to encourage conformity and obedience. Our public school model has its origin in Prussia, the defunct German kingdom that promoted universal schooling beginning in the late 17th century.

The goal was not education, but social engineering. Dr. Peter Gray, a research professor of psychology at Boston College, wrote in his book, Free to Learn:

“The primary educational concern of leaders in government and industry was not to make people literate, but to gain control over what people read, what they thought, and how they behaved. Secular leaders in education promoted the idea that if the state controlled the schools, and if children were required by law to attend those schools, then the state could shape each new generation of citizens into ideal patriots and workers.” (p. 60)

Throughout the 19th century, countries across Europe enacted compulsory education in state-run institutions.

In America, it all started in my home state of Massachusetts with Horace Mann. In 1852 he led the charge to require attendance in “free” community schools for all children ages 8 to 14 for at least 12 weeks per year.

Now, with attendance laws requiring more like 36 weeks per year for children ages 6 to 16, schools have much more time to destroy a child’s freedom.

Here are five ways they do it:

I’ve already addressed this, but it bears repeating. Children are by law forced to go to school and have no choice in the matter. They are effectively prisoners in their institution for 30 hours each week, subject to truancy charges if they miss too many days of school.

That makes everything else they are subject to in school even more egregious, since a child cannot opt out of the system without support from a parent.

2. They cannot choose what to study

There is little room for individual preferences in schools, where standardization of content is key. John Taylor Gatto was New York State Teacher of the Year in 1991, but later resigned and became a vocal critic of schools.

In his essay “The Six Lesson Schoolteacher,” Gatto says that schools teach children to be dependent on others to deliver knowledge to them, rather than seeking out knowledge themselves:

“… I determine what curriculum you will study. (Rather, I enforce decisions transmitted by the people who pay me). This power lets me separate good kids from bad kids instantly. Good kids do the tasks I appoint with a minimum of conflict and a decent show of enthusiasm. Of the millions of things of value to learn, I decide what few we have time for. The choices are mine. Curiosity has no important place in my work, only conformity.”

There is no escape from the other students in a child’s class or from the teacher. Each child must remain in his classroom. He must speak when spoken to by the teacher and other authority figures.

And he must work with other students when instructed to. While educators bemoan the incessant bullying among students, the young victims have nowhere to run.

Children in schools are subject to the whims of authority figures in matters concerning their own body.

They must ask permission to go to the bathroom; there is a certain time for eating, talking, and working. They can be punished for getting up from their seat or for socializing with a peer.

5. Their property is not their own

Schools claim the right to search students’ backpacks and lockers, and to confiscate items they deem illicit.

The public school system is the worst example of these freedom-sapping practices because it has the added distinction of being funded by theft — taxation. But many private schools also follow a similar structure.

One “expert,” the teacher, delivers information to the captive students. Their job is to sit, listen, and parrot back the information to prove they have learned. Those who fail to comply will face punishment.

What are the results of this schooling? According to Gray, young people feel less in control of their lives than in any other point in recent history. The Internal-External Locus of Control Scale measures this perception.

Between 1960 to 2002, children and college students were increasingly likely to believe in an external locus of control. The average young person in 2002 was more external-leaning than 80 percent of youths in the 1960s.

Gray attributes this to a decline in free play among children. Among the reasons? Longer school hours starting at younger ages, more homework, and more adult-led extracurriculars.

Gray also notes that mental illness and suicide among children are skyrocketing. Since 1950, the U.S. rate of suicide for children under 15 has quadrupled. He says that this troubling finding makes sense. Anxiety and depression correlates with a person’s feeling of not having control over his or her life.

“We have created a world in which children must suppress their natural instincts to take charge of their own education and, instead, mindlessly follow paths to nowhere laid out for them by adults. We have created a world that is literally driving many young people crazy and leaving many others unable to develop the confidence and skills required for adult responsibility.” (Free to Learn, p.19)

Children who spend their youth in institutionalized schools can only grow up to be freedom-loving the way a moth loves a fire. They are attracted to its light but are so unfamiliar with it that they risk their own destruction by approaching it.

If we want our children to grow up to desire freedom and use it constructively, they have to practice using it as a kid. If we want them to respect the freedom of others, we have to respect their freedom.

So often, adults perpetuate the mistreatment done to them as a child. The abused son grows up to hit his own kids; the daughter of an alcoholic develops a drinking problem herself. This is true on an individual level, but also on a societal level.

The generations of adults alive today mostly attended public schools where they had little freedom. Then they foisted the same misery on their children, because they, like so many well-schooled people, learned the lessons of conformity and obedience.

Going to school is what the authorities demand. It must be necessary for a happy, successful life.

But it doesn’t have to be this way. We can break the cycle.

What to do instead

How do you reclaim freedom for your children? First, ask them if they want to be in school. If they say no, get them out.

Gatto believed homeschooling was the best alternative to institutionalized schooling when he wrote his “Six Lesson Schoolteacher” essay. But at the time, he wasn’t too hopeful about its chances.

“But the near impossibility of these things for the shattered families of the poor, and for too many on the fringes of the economic middle class, foretell that the disaster of Six-Lesson Schools is likely to continue,” he says despairingly.

I imagine he is more sanguine now, as homeschooling is likely the fastest-growing form of education in the United States. According to the National Home Education Research Institute, the number of homeschooled children is growing at a rate of 2 to 8 percent per year.

Approximately 2.3 million children are homeschooled, and your child could be one of them. If you try homeschooling, don’t jump right into a boxed curriculum to recreate “school at home.” Give your child time and space to enjoy the freedom he or she could never experience in school.

Another option is an alternative school. These are growing in popularity and can provide supervision for children while giving them autonomy. Gray extols Sudbury Valley School in Framingham, Massachusetts, which his own son attended.

At the school, there are no classes or curriculum. Students are free to use the buildings and grounds to explore and learn, without a single lesson forced on them. The school was the first of its kind when it was founded in 1968, but many schools across the country have followed its model.

Gray says his study of adults who attended Sudbury Valley School as children show they have no problem earning a living or functioning in society.

They freed themselves from the institutions that purported to be necessary for “success” in life. Yet despite — or because of — their lack of schooling, they are doing well.

Gray says graduates report success in four areas in particular, which they attribute to their time at the school.

They are: being responsible and self-directed; having high motivation in further education and careers; having unique skills and deep knowledge; and having a lack of fear of authority figures (Free to Learn, p. 94-96).

The Alliance for Self-Directed Education, is compiling a resource directory to help freedom-loving parents and their kids find the perfect fit for them. The database will include schools, co-ops, camps, makerspaces, adventure playgrounds and other resources that support self-directed education.

Some kids enjoy school, and they might even learn something there. But the knowledge gained comes at a cost of 13,000 hours of childhood. Those are 13,000 lessons that what a child wants to do, what he or she deems worthy of time and study, is not as important as what the state demands.