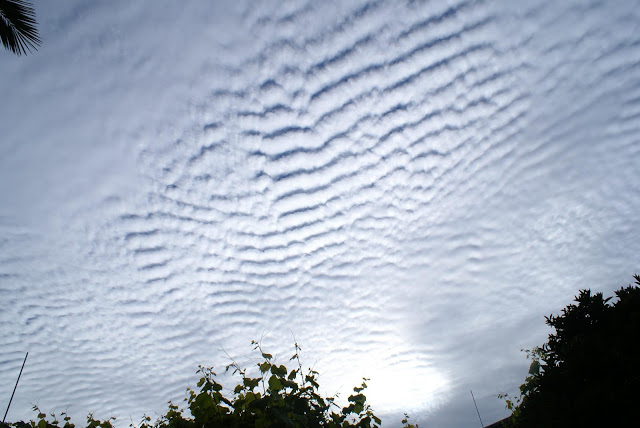 America is being doused every minute of every day with the toxic heavy metal lead as it is burned in “avgas” — aviation gas, the fuel that powers most piston-driven aircraft (i.e. anything with a propeller).

A grand total of 571 tons of lead are dumped each year into the air over our heads from aircraft alone, according to the U.S. Environmental Protection Agency. (1)

According to a scientific paper titled, “Lead and Halogen Contamination from Aviation Fuel Additives at Brackett Airfield,” (2) X-Ray Fluorescence instrumentation was used to analyze lead, chlorine and bromine content in avgas liquids. 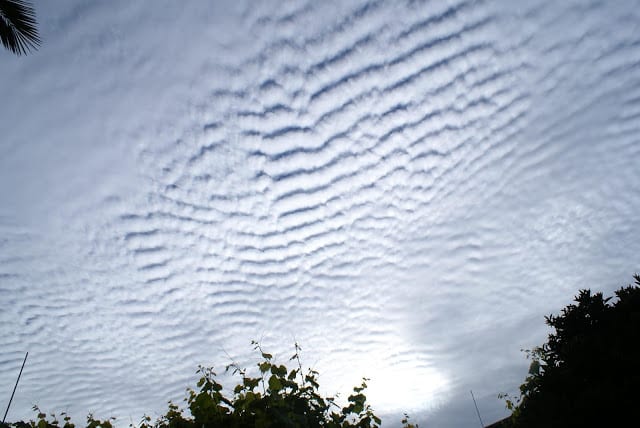 Lead is a highly toxic heavy metals that causes bone diseases, brain damage and cancer. Chlorine is a highly-reactive chemical with powerful oxidative properties. The fact that both are being sprayed daily into the air above America is inexcusable.

964 tons of lead released into the air (from all sources)

How much lead is being “chemtrailed” across America due to aviation fuel? According to General Aviation News (3), about 681,000 gallons of avgas were burned each day in 2013.

Avgas weighs approximately 6 lbs per gallon, meaning over 4 million pounds of avgas is burned each day, or over 1.8 million kg of avgas.

If lead is 48 ppm in avgas, that means each kg of avgas contains 48 mg of lead. Multiplied by the 1.8 million kg of avgas burned each day, this means avgas fuel is emitting 86.4 kg of lead PER DAY in the skies over our heads.

Over a year, that’s 31,536 kg of lead dumped directly into our air, and that lead falls onto our farming soils, forests, lakes, rivers, streams, oceans, children’s playgrounds, cattle ranches, and so on.

The National Emissions Inventory says that lead emissions are even higher than what I’ve calculated here.

“Piston-engine aircraft are the chief source of lead emissions in the United States, emitting 57% of the 964 tons of lead put into the air in 2008, according to the most recent figures from the National Emissions Inventory,” reports the NIH. (4)

Some pilots seem inclined to dismiss this problem entirely.

“I’m hooked on lead. Maybe not in the way a junkie is addicted to drugs, but hooked nonetheless,” writes Air & Space Magazine columnist David Freed, a Pulitzer Prize-winning investigative journalist. (5)

“The tetraethyl lead added to aviation fuel helps keep the engine of my four-seat, 48-year-old Piper Cherokee running smoothly. And that keeps me happy.”

He goes on to lament the idea that cleaner lead-free fuels might make him unable to afford to fly:

“We live in dread of fuel costs continuing to rise and of FAA airworthiness directives, which often require us to pay for expensive, usually safety-related modifications. Will a government-mandated switch to unleaded fuel ultimately break the bank, leaving us little recourse but to quit flying and sell our airplanes?”

Later in his article, he does acknowledge that lead is a public health hazard, but he explains that his airplane contributes virtually nothing to the problem:

“But is the exhaust from my airplane’s 180-horsepower engine really that significant a national health threat?” he asks.

He’s right that his one airplane isn’t much of a factor in all this, but in a collective sense, if you combine all the piston-driven aircraft flown by pilots like Freed, it becomes a huge issue nationwide. Avgas emissions are the number one source of lead emissions into the skies of America.

(David Freed, by the way, is the Pulitzer Prize-winning author of the Cordell Logan aviation mystery novels. He’s a great writer and obviously a thoughtful, intelligent person… almost certainly a likeable guy and a valuable contributor to society in many ways as an investigative journalist.

For example, he authored an 8,600-word expose in The Atlantic which detailed how “the FBI pursued the wrong suspect in a string of anthrax murders following 9/11.” Obviously, this is the kind of investigative journalist we like to support in the mainstream media — people who ask real questions and search for truth.

So to be clear, I’m not attacking him in a personal sense over his article; I only hope he reconsiders the importance of the aviation industry getting the lead out of its fuels and thereby out of our skies. We need thoughtful, intelligent people on the leading edge of this issue if we ever hope to have lead-free avgas become a reality.)

As the following EPA chart shows, avgas is the No. 1 source of lead emissions, followed by “industry” in the No. 2 spot, then coal-fired power plants third (“electric generation”). 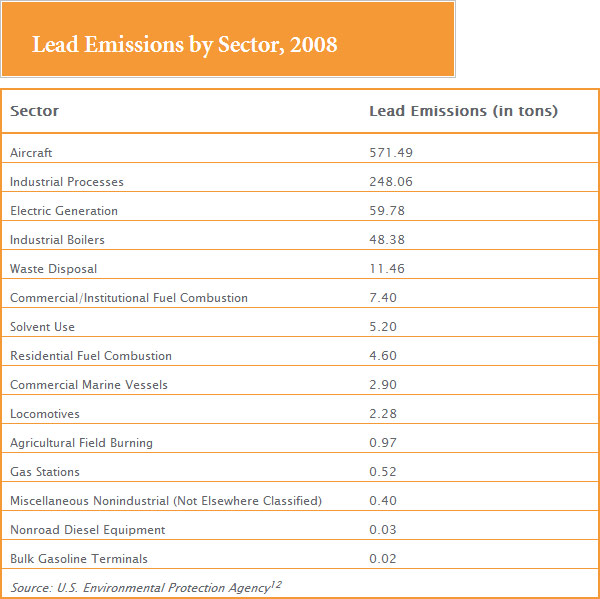 By the way, where does all this lead end up? Much of it appears in the food supply, of course, because plants absorb lead from soils and grazing animals eat and concentrate toxins from plants.

This is why heavy metals are often higher in milk or meat than in raw grass. It’s also part of the reason why I keep finding lead in so many foods when I run atomic spectroscopy tests in my ICP-MS laboratory. Click here to see lead results on cacao, grasses, pet treats, protein products and more.

If I ever happen to fly airplanes, you can bet I’ll find a way to burn unleaded gasoline. I’m not going to streak across the sky dumping toxic heavy metals into the atmosphere, especially since part of my current mission is to explore ways that society can develop cleaner food with lower heavy metals.

Even better, I would hope to one day see a huge breakthrough in battery power density that could result in, believe it or not, electric airplanes.

(Yes, it seems impossible today because it would require at least a 1000-fold increase in battery power density. But humans are really good at achieving remarkable breakthroughs, so I’m going to remain optimistic on this point and hope the scientists can find a far better way to store power than today’s current old-school chemical batteries.)

Lead was removed from automobile gasoline by the EPA

As you explore all this, keep in mind that lead used to be added to regular gasoline for many decades. Lead helped engines run better and improved gas mileage.

But it also resulted in millions of pounds of lead being dumped directly into the environment, increasing lead contamination of soils and causing people to inhale lead with every breath.

Children’s IQs in America noticeably dropped during those “lead years,” and IQs were restored to higher levels once lead was removed from gasoline. Today, it is illegal to add lead to gasoline and burn it in vehicles.

But it’s perfectly legal to burn lead in aviation fuel.

“Avgas is one of the few fuels in the United States that still contain lead, leaving it the single largest source of lead emissions in the country,” reports the National Institutes of Health (4).

“Concern over the health effects of lead has sparked a contentious effort to finally get the lead out of avgas — something the aviation and petroleum industries have been attempting for more than two decades, to no avail.”

The NIH goes on to describe the harmful effects of lead:

Lead is a well-documented neurotoxicant that is particularly harmful to children, who are typically exposed when they ingest or inhale lead-containing dust in the home.

In recent years, serious harm to cognitive and behavioral functions including intelligence, attention, and motor skills has been demonstrated in children with much less lead in their blood than previously thought to cause harm, and it is now understood there is no safe level of lead exposure.

When will we decide to stop poisoning ourselves?

What’s clear in all this is that as long as we keep burning lead in avgas, we’re going to keep suffering the health effects on the ground.

In an age where the academic achievements of American children are routinely overshadowed by children in India, China or Korea, the continued dumping of IQ-damaging lead into our atmosphere seems absurd.

What you dump into the sky falls onto the soils and eventually makes its way into the food supply, too, so burning lead in airplanes sooner or later results is all of us eating lead on our dinner plates.

How big of a problem is this in the really big picture? Arguably it’s not the most urgent problem we face. Even I would argue that our nation’s power grid vulnerability to high-altitude EMP weapons is a far greater threat to us all.

In an era when war seems to be breaking out in the Middle East, and the global banking system seems forever on the verge of collapse, it’s difficult for society to focus on the more subtle (but chronic) long-term problems like lead in avgas.

But this is a problem that can be solved with a phased switchover to mogas (unleaded fuel). All that’s required is some leadership by the FAA and EPA working together to clean up our aviation industry and get the lead out of our skies.

Is it too much to ask that we stop dumping toxic lead into the skies above our own heads?