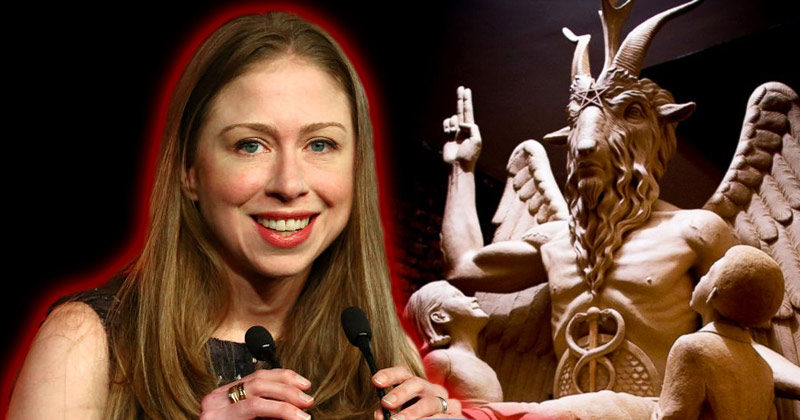 Chelsea Clinton’s Twitter Conversation With ‘The Church of Satan’

In November 2016, WikiLeaks leaked emails between Hillary Clinton’s campaign chairman John Podesta and his brother Tony Podesta in which an invitation by performance artist Marina Abramović to a “Spirit Cooking dinner” (spirit cooking is satanic ritual that involves using pig’s blood, human breast milk and semen, as a way of connecting with the spiritual world) was revealed. [Click here for pictures from one of these meetings].

The leak sparked rumors connecting Hillary and John to Satanism or devil worship.

But a furious Abramović claimed it was just a normal dinner, saying: “It was actually just a normal menu, which I call spirit cooking. There was no blood, no anything else. We just call things funny names, that’s all”. 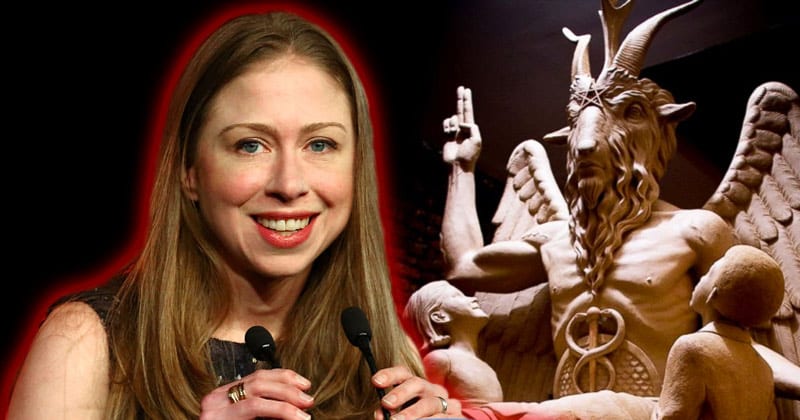 The Clinton-Satanism ‘scandal’ found no takers and was vehemently trashed.

However, Chelsea Clinton, Bill and Hillary Clinton’s 37-year-old daughter, churned the rumor mill again after she exchanged pleasantries with The Church of Satan on Twitter on January 3:

The exchange began when Chelsea tagged The Church of Satan in a Twitter thread with model Chrissy Teigen and Hooters restaurants:

When The Church of Satan saw Chelsea’s tweet, the organization wished her a happy new year. Far-right activist Jack Posobiec shared a photo of the exchange:

The exchange prompted Twitter user Rhonda Kazmierski, who interpreted the interaction to mean that Clinton was aligned with the Church’s views, to appreciate Chelsea’s openness about worshiping Satan. Kazmierski commented in a since-deleted tweet: “If only @HillaryClinton could be as honest.”

In her reply, Chelsea compared Satanism to her own religion, Methodist Christianity, and her husband’s Jewish faith to argue that her verbal exchanges with The Church of Satan merely amounted to being respectful of others religious views:

Oh goodness gracious. We can be civil, cheerful, respectful to & friends with people who don’t share our religious beliefs. Sometimes, we even marry them. I’m a Methodist & my husband is Jewish, thank you for asking. A very happy New Year to you Rhonda! https://t.co/8UH9SP8EWO

Several Twitter users were quick to question Chelsea’s relationship with the organization, accusing the former first daughter of worshiping Satan and indicating that Satanists and devil-worshipers deserve civility and respect.

Whether Chelsea worships the devil or practices Satanism is debatable, but the very fact that she attempted to normalize Satanism by telling her followers that The Church of Satan is a religion [FYI: it openly worships the Beast and claims that Evil is a state of being worth striving for] that deserves respect, is more than simple liberal politically correct hogwash. It is subversive evil.