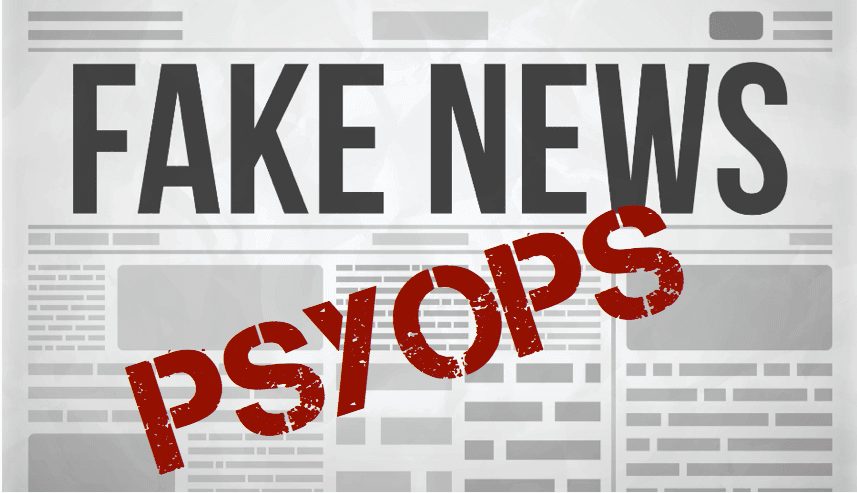 Fighting fake news is the new pretext given by the ruling cabal in many nations to enact censorship via the back door.

Amid the rallying cries of “We must fight fake news!” both France (under would-be dictator Macron) and now Brazil are attempting to pass legislation to ban political content on the web that the government deems to be fake news.

Whether it’s Twitter shadowbanning, Facebook rolling our fake news checkers or deleting entire accounts, YouTube embarking upon soft censorship through forced sign-ins or hard censorship by deleting entire channels, Google’s search engine hiding websites (by de-ranking them) or – worst of all – Google demonetizing content and sites not to its liking, censorship is clearly getting worse and threatening to overtake a free and open internet. 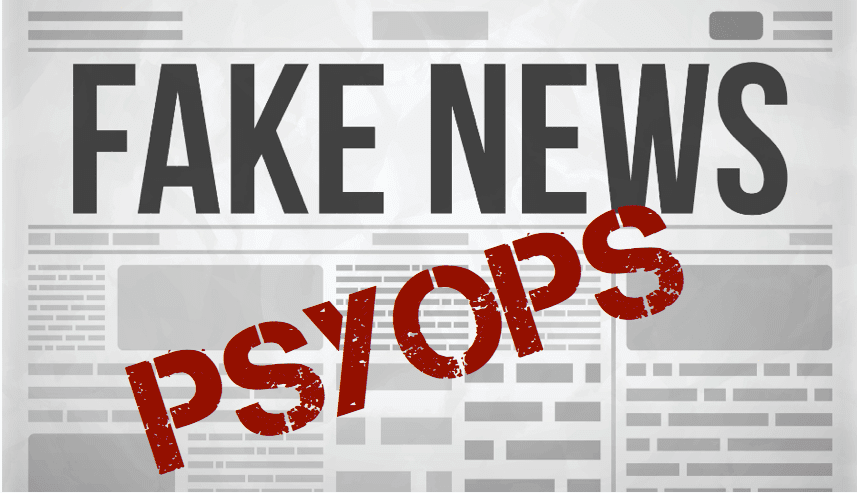 All in the Name of Fighting Fake News

The big corporations of the internet have shown their true colors on the issue of censorship vs. free speech. Amazon has been caught banning certain books from being sold on its platform, e.g. in 2015 it decided to ban Jim Fetzer’s book No One Died at Sandy Hook, which exposed the false flag mass shooting at Sandy Hook.

In reaction to the whole “Russian meddling in the US election saga”, which is itself fake news and a tempest in a teapot, Facebook decided to get tough and enlist the help of international fact checkers to do your thinking for you and decide for you what is real news and what is fake news.

Funnily enough, it was recently reported that the rollout didn’t go so well, so for the time being Facebook has canned the idea because it was making things worse!

Facebook has also been caught banning posts on certain topics (e.g. with NaturalNews.com and their posts on gun control) or even deleting entire accounts of users it didn’t like (as recently happened with David Icke, whose 700,000+ follower account just got reinstated after being down for 6 days due to an “error” – yeah right). 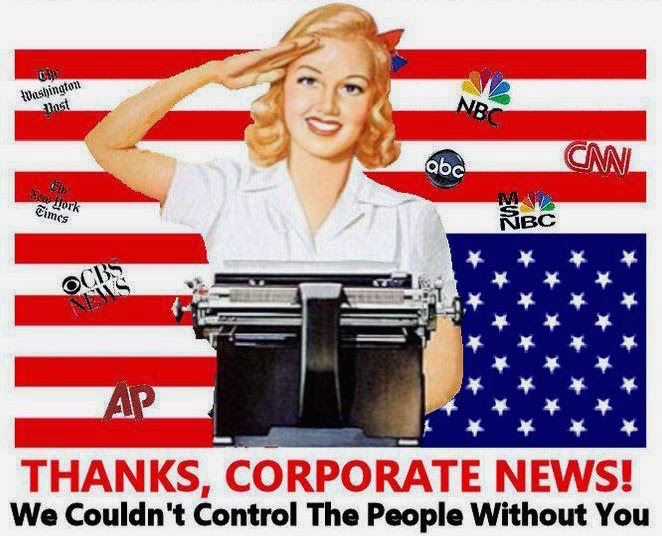 If fighting fake news is so important, why not ban the MSM? That should take care of most of it.

Examples of actual fake news from the mainstream media, which sometimes had absolutely horrific consequences (war, destruction, sufferance and loss of human life):

Twitter is no stranger to censorship either, with its employees boasting of shadow banning (aka stealth banning, ghost banning or comment ghosting), meaning blocking a user or their content from an online community without the user realizing they have been banned.

At one point Google publicly floated the idea of deranking and delisting certain sites (they mentioned Russian sites RT and Sputnik), but they later did a U-Turn and claimed they would not be doing that.

Obviously, it is easily within their power to tamper with algorithms to include or exclude anything they want, and virtually no one would ever know the search results were being skewed due to Google’s own ideological bias. Google was caught doing this in favor of Hillary Clinton during the 2016 US presidential elections.

Indeed, after the firing of ex-Google employee James Damore (who has now initiated a class action lawsuit due to his dismissal), we have to wonder whether bias isn’t already coded into Google’s algorithms just as a result of their orthodoxy and culture (left-wing and promoting diversity at all costs).

It’s not just Google itself. Google-owned YouTube has been embarking on campaigns of both soft censorship and hard censorship. In many ways, soft censorship is more insidious, because then the company can claim plausible deniability and refuse to admit they are even engaged in censorship.

In this case, soft censorship refers to when YouTube technically allows people to watch a video, but makes it difficult by putting barriers in the way, e.g. by claiming the content is “age-restricted” (forcing you to open an account, give your details to YouTube and prove that you are of mature age) or using other ways to force you to sign in before being allowed to watch the video.

The adpocalypse of 2017 as it was called was perhaps closer to hard censorship, and involved a sweeping demonetization of videos due to “inappropriate content” for advertisers. Finally, YT has actually deleted entire channels on occasion, such as the deletion of ActivistPost’s account last year in 2017.

Fighting fake news is really about the end goal of narrowing the “allowable”, “permissable” or even “legal” range of thought … censorship and perception management.

Fighting fake news gives would-be tyrants a great excuse to censor, however free speech is also being eroded by the equally vague and nebulous concepts of terrorism and hate speech.

The term fake news rose to prominence right around the time that Donal Trump was elected in November 2016, yet there is hardly a clear and widely-agreed upon definition for the phrase.

It often gets used by people who seek to criticize information they don’t like, dismiss allegations against them, or even to defend themselves when faced with an unflattering report about themselves. As Glenn Greenwald writes:

“Yet, as many have long been warning, few people, if any, ever bothered to define what the term [fake news] actually means. As a result, it’s incredibly vague, shifting, and devoid of consistent meaning. Do any news articles that contain false, significant assertions qualify? Is there some intent requirement, and if so, what is it and how is determined (does recklessness qualify)?

“Can large mainstream outlets such as the Washington Post, Le Monde, and Globo be guilty of publishing “fake news” and thus subject to this censorship, or is it — as one expects — reserved only for small, independent blogs and outlets that lack a powerful corporate presence?

“Ill-defined terms that become popularized in political discourse are, by definition, terms of propaganda rather than reliable, meaningful indicators of problems. And invariably, they wreak all kinds of predictable havoc and inevitably give rise to abuses of power.

“More than anything else, such terms — which, by design, mean whatever the powerful groups wielding them want them to mean — so often produce arbitrary censorship in the name of combatting them. Just consider two similarly ill-defined but popular propagandistic terms — “terrorism” and “hate speech” — which have been appropriated by governments all over the world to justify the most extreme, repressive powers.”

As for hate speech, it has been used to silence all sorts of opinions including those opposing Zionism and Israel’s continuous theft and murder against the Palestinians – because if you criticize Israel then you must be anti-semitic, right (even though true Judaism and Zionism are mutually exclusive)?

Political correctness is nothing but censorship at the end of the day. It is intolerance disguised as tolerance. As George Carlin said, it is fascism pretending to be manners.

There is no right “not to be offended.” It is becoming more and more ludicrous as each year passes, with groups making lists of approved and non-approved terms and insisting that people using the non-approved, “politically incorrect” terms are therefore committing microaggressions against the people who hear them.

How much more are we going to take before our range of “permissible” thoughts has been utterly diminished?

When you put all these nebulous but lethal terms together – national security, war on terror, terrorism, hate speech and fake news – it pretty much allows the government to do anything it wants to you, anytime, anywhere, including searching you, robbing you, jailing you and killing you!

Watch out anytime politicians invent a new talking point term which is vague and indefinable. That vagueness can be used against you. Fighting fake news is a joke. People are people.

As long as humans have had free will and the ability to speak or write, there has always been the possibility of people lying, omitting, distorting or making false claims. It’s part of being alive to develop your discernment and work out what is true or false.

Never allow government to pretend it can do this, for the result will always be that the ruling class filters out what its doesn’t want you to know out of self-interest and a desire for more power and control.