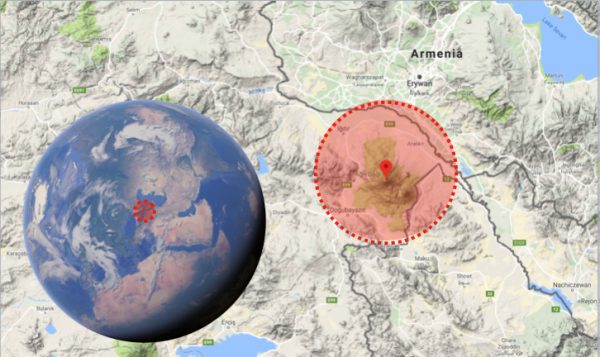 Conclusive evidence of the existence of Noah’s Ark has eluded ark hunters since time immemorial.

The Bible says the vessel made landfall on the “mountains of Ararat” in Turkey after 150 days in the water.

A group of explorers affiliated with NAMI, a Hong Kong-based evangelical Christian group, said in 2010 that on Mount Ararat, Turkey, they had found traces of the ancient ship.

Their claims, however, met with a stiff challenge from the broader scientific community. 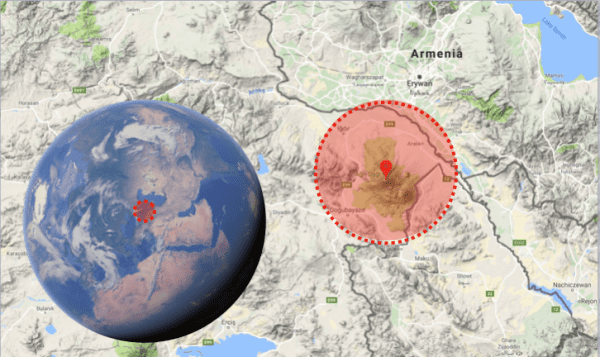 But a California-based ark hunter now believes there is evidence that the vessel and its occupants did indeed come aground on Mount Ararat, the Daily Mail reported.

Professor Raul Esperante, of the Geoscience Research Institute, was one of 108 scientists from around the world speaking at the three-day International Symposium of Mount Ararat and Noah’s Ark in Agri, Turkey, which looked at evidence for the biblical vessel’s final resting place.

For detailed pictures and an in-dept analysis, please follow THIS LINK.

“My purpose is to visit the sites around the mountain to find clues about catastrophic events in the past,” said Esperante, according to Express.

The Geoscience Research Institute is sponsored by the Seventh-day Adventist Church.

Many of the organization’s assertions have similarly been met with resistance by the scientific community. 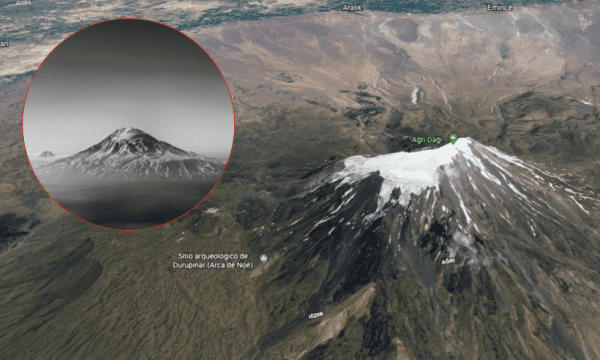 In Search of the Lost Ark

In April 2010, archeologists from NAMI reported that they found an ark that they believed had a “99.9 percent” chance of being the ancient biblical artifact known as Noah’s Ark, The Epoch Times reported.

The team of 15 researchers who were searching in East Turkey claimed to have found the ark on Mount Ararat 13,000 feet above sea level. One of the team members, documentary filmmaker Wing-cheung Yeung said, “It’s not 100 percent that it is Noah’s Ark, but we think it is 99.9 percent that this is it,” reported World Net Daily.

It seems the inside of the ark was equipped with several compartments that the group said could have been used to house animals, while skeptics said they could have been just as easily used to carry weapons or food.

“The search team and I personally entered a wooden structure high on the mountain. The structure is partitioned into different spaces. We believe that the wooden structure we entered is the same structure recorded in historical accounts and the same ancient boat indicated by the locals,” said NAMI worker Man-fai Yuen.

The team claimed they performed carbon dating tests on the wood and said it was 4,800 years old. If true, this would date it at approximately the time the vessel is said to have been afloat.

No other testing by independent organizations had been done at that time the NAMI team made its claims.

Esperante is convinced of the accuracy of the NAMI team’s findings. He urges more “rigorous, serious scientific work” to support the claims with further empirical proof, wrote the Daily Mail.

He also wants to team up with local scientists on the project.

“We have technical resources and we can work together with local experts,” he said. “Once the scientific community knows about the existence of Noah’s Ark on Mount Ararat, we can make it available to the general public.”

But Nicholas Purcell of Oxford University calls into question claims that the ark is located on Mount Ararat.

“If floodwaters covered Eurasia 12,000 feet [3,700 metres] deep in 2,800 B. C., how did the complex societies of Egypt and Mesopotamia, already many centuries old, keep right on regardless?” Purcell asked, according to the Daily Mail.

The legend of Noah’s Ark originates from the sixth chapter of the Book of Genesis.

The story goes that Noah was instructed by God to build an ark carrying a male and female of each animal in the region in which Noah lived.

By constructing the ark, Noah saved the animals and a small group of people from a great flood summoned to do away with the morally depraved. 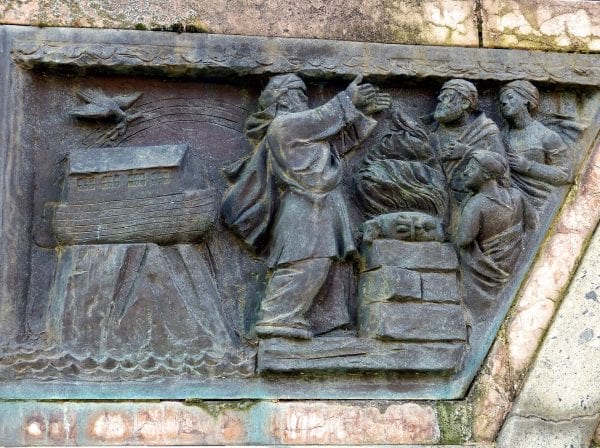 A relief carving from Hildesheim, Germany, showing the ark. (CC0)

‘Noah’s Ark, the flood is not a myth but a real incident mentioned in all holy books,’ said Dr. Oktay Belli from Istanbul University, the Daily Mail reported.

And while the flood is considered a historical event, most archeologists and scholars do not believe in a literal interpretation of the Noah’s Ark story.

British archaeologist Mike Pitt said after the initial NAMI team findings in 2010 that the evangelical explorers have not yet produced evidence that is conclusive.

“If there had been a flood capable of lifting a huge ship 2.5 miles [4 km] up the side of a mountain 4,800 years ago, I think there would be substantial geological evidence for this flood around the world,” Pitt said, wrote in the Daily Mail.

According to Pitt, such evidence has simply not been produced.

“Yet!” some, Esperante among them, might be quick to add.

For detailed pictures and an in-dept analysis, please follow THIS LINK.

How The IRS Will Target Bitcoin Users And What You Can Do About It Previous post
As Gov’t Frames ET’s as Threat, Many Use Higher States of Consciousness to Contact Them Next post