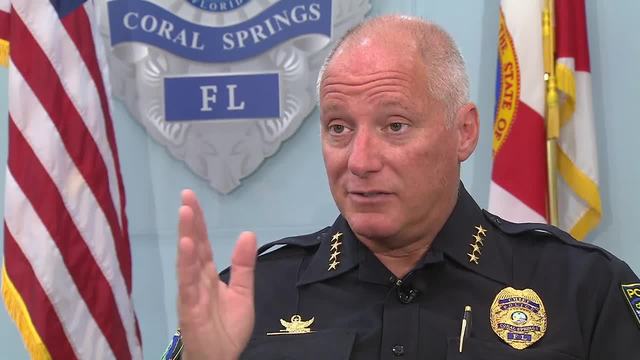 Coral Springs police officers were “stunned and upset” to learn that four Broward County Sheriff’s Deputies were stationed outside the Marjory Stoneman Douglas High School and had not entered to face an active shooter, sources with the Coral Springs, FL police department told CNN.

As the details behind the police response to the Valentine’s Day massacre emerge, it appears that the Coral Springs Police department – which sent 130 officers to the scene – put their lives on the line while Broward County officers simply waited for backup as the scene unfolded, in what some Coral Springs officials perceived to be a dereliction of duty.

“Some Coral Springs police were stunned and upset that the four original Broward County Sheriff’s deputies who were first on the scene did not appear to join them as they entered the school, Coral Springs sources tell CNN. It’s unclear whether the shooter was still in the building when they arrived.” 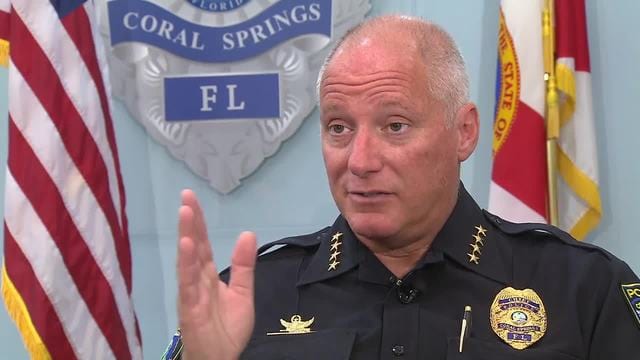 The four Broward Sheriff’s deputies, including fired High School Resource Officer Scot Peterson, had their pistols drawn from behind the safety of their vehicles, and “not one of them had gone into the school,” according to shocked Coral Springs police.

The Coral Springs officers, meanwhile, entered the building soon after they arrived on scene to confront the shooter, while the four Broward County Sheriff’s deputies remained outside until two more officers arrived on scene along with an officer from neighboring Sunrise city.

“What these Coral Springs officers observed — though not their feelings about it — will be released in a report, likely next week. Sources cautioned that tapes are currently being reviewed and official accounts could ultimately differ from recollections of officers on the scene.”

According to the Coral Springs Chief of Police, Anthony Pustizzi, roughly 40 of the 130 officers rushed into the building after the initial officers responded, where they carried 23 victims were carried out to medics, 20 of whom survived.

Two days after the shooting, Putstizzi sent an internal email to his officers obtained by CNN which reads:

“I understand that another agency has given the impression that it had provided the majority of the rescue efforts, and that the tremendous work of the Coral Springs Police and Fire Departments has not been recognized. Please know that this issue will be addressed, and the truth will come out in time.”

Meanwhile, the Coral Springs Sheriff has publicly commented on the shooting.

“I’ve been a police officer for 30 years,” Pustizzi said at a press conference.

“You know, humans aren’t meant to see this kind of tragedy, but the officers that went in there, the dispatchers that heard it, the firemen that treated the people — you know, there’s obviously a lot of support that needs to be given to them, as well.”

“I’m thinking, you know, this is a real one. You train for this day. You hope it never happens, but you only have one way and that’s straight in, and you hope that a bullet doesn’t find you, as well, but that’s a possibility,” said Pustizzi.

Speaking at a press conference, Broward Sheriff Scott Israel said the on duty officer at Stoneman “never went in.” Israel said he was “devastated” after watching the video showing the deputy taking a position outside the Western side of Building 12 while shots rang out, “and he never went in” despite having a clear view of the entrance.

“I think he remained outside upwards of four minutes,” Israel said.

“What I saw was a deputy arrive … take up a position and he never went in,” Israel said adding Peterson should have “went in. Addressed the killer. Killed the killer.” Peterson was suspended without pay, after which he resigned.

“I’m in shock and I’m outraged to no end that he could have made a difference in all this. It’s really disturbing that we had a law enforcement individual there specifically for this reason, and he did not engage. He did not do his job. It’s one of the most unbelievable things I’ve ever heard.”

Speaking at CPAC, President Trump called the sheriff’s deputy a “coward” for not going in and facing the active shooter.

“But he certainly did a poor job. There’s no question about that. He was there for five minutes, for five minutes. That was during the entire shooting. He heard it right from the beginning. So he certainly did a poor job. But that’s a case where somebody was outside, they’re trained, they didn’t act properly or under pressure or they were a coward. It was a real shock to the police department.”

… even though just a few months earlier, the same sheriff said that “if you have a lone wolf assassin that’s committed to commit great carnage and killing people, there’s nothing you can do about it.”

Watch 1 minute into the clip below:

Will the Real Crisis Actors Please Stand Up? Previous post
GenX Chemical Has Contaminated the Water in North Carolina Next post