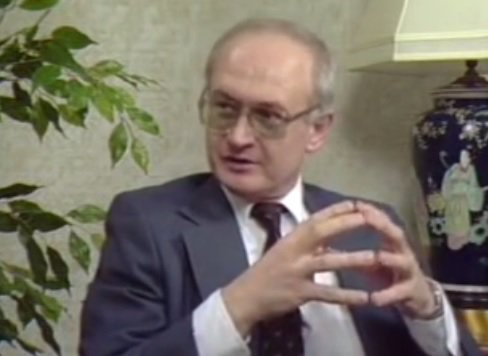 Former KGB Agent: Here’s How To Brainwash A Nation

“Citizens of the democratic societies should undertake a course of intellectual self-defence to protect themselves from manipulation and control, and to lay the basis for meaningful democracy.” – Noam Chomsky

The following  is G. Edward Griffin’s shocking video interview, Soviet Subversion of the Free-World Press (1984), where he interviews ex-KGB (Komitet gosudarstvennoy bezopasnosti translated in English as Committee for State Security) officer and Soviet defector Yuri Bezmenov, who decided to openly reveal KGB’s subversive tactics against western society as a whole.

In light of recent events, this interview may provide you with some insight as to what is playing out, particularly in the United States,  but also on the rest of Western society as well. 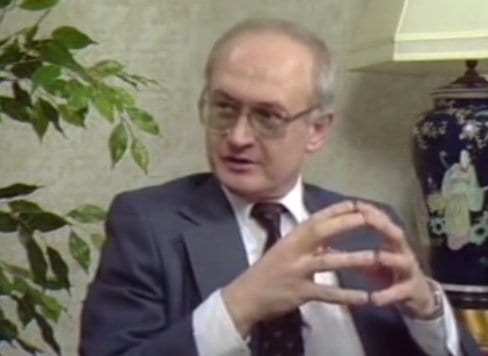 Bezmenov explains how Marxist ideology is destabilizing the economy and purposefully pushing the U.S. into numerous crises so that a “Big Brother” tyranny can be put into place in Washington, how most Americans don’t even realize that they are under attack, and that normal parliamentary procedures will not alter the federal government’s direction.

“The statesmen will invent cheap lies, putting the blame upon the nation that is attacked, and every man will be glad of those conscience-soothing falsities, and will diligently study them, and refuse to examine any refutations of them; and thus he will by and by convince himself the war is just, and will thank God for the better sleep he enjoys after this process of grotesque self-deception.” – Mark Twain (source)

He then explains how Marxist leaders use informers to make lists of anti-Communist and other politically incorrect people who they want to execute once they – actually a Jewish oligarchy – came to power.

Bezmenov provides several real world examples of how Marxist leaders even execute and/ or imprison each other.

He also explains how American embassy employees were known to betray Soviets attempting to defect, how there existed a “triangle of hate” in the Soviet government, why he realized that Marxism-Leninism was a murderous doctrine, and how the CIA ignored (or didn’t care) about Communist subversion.

He also mentions that revolutions throughout history are never the result of a majority movement, but of a small dedicated and highly-organized group who seize power, whether for good or bad.  Next he explains how the American mass media spread lies about life in the Soviet Union.

Bezmenov also explains how the LOOK magazine article falsely claimed that the Russian people were proud of their victory in the Second World War, where in reality the Judeo-Bolshevik-Communist-Marxist government was happy that Hitler had been defeated so that they could remain in power.

Find out how the KGB utilized various individuals to undermine the Western society in its morals and values.

“The conscious and intelligent manipulation of the organized habits and opinions of the masses is an important element in democratic society. Those who manipulate this unseen mechanism of society constitute an invisible government which is the true ruling power of our country.

“We are governed, our minds are moulded, our tastes formed, our ideas suggested, largely by men we have never heard of. This is a logical result of the way in which our democratic society is organized.

“Whatever attitude one chooses to take toward this condition, it remains a fact that in almost every act of our daily lives, whether in the sphere of politics or business, in our social conduct or our ethical thinking, we are dominated by the relatively small number of persons who understand the mental processes and social patterns of the masses. It is they who pull the wires which control the public mind, who harness old social forces and contrive new ways to bind and guide the world.” – Edward Bernay’s, from his book, “Propaganda.”