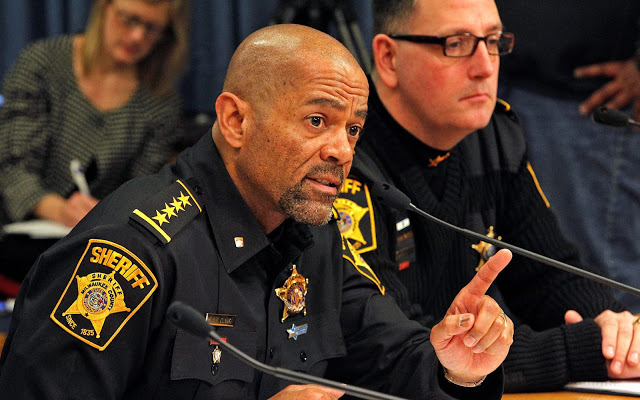 Sheriff David Clarke: Gun Control Push Has “George Soros’ Fingerprints All Over It”

In a tweet, the former Wisconsin sheriff wrote that media appearances and an activism campaign from students of the Marjory Stoneman Douglas High School against gun violence had “George Soros’ fingerprints all over it.”

Seventeen people were killed at the Parkland high school last week when a gunman attacked with an AR-15. In the days following, students of the school have organized a national campaign aimed at reducing gun violence. 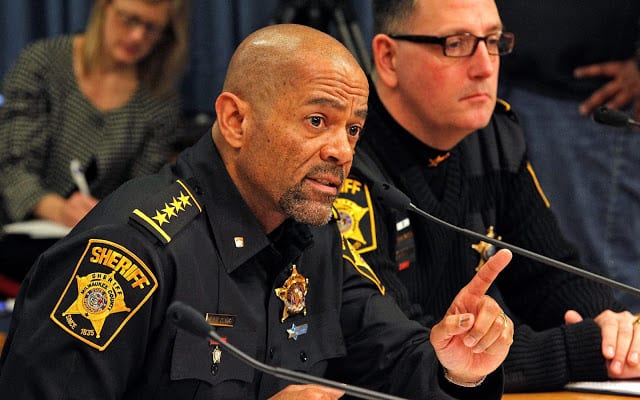 Clarke, who resigned as sheriff last year amid speculation he would join the Trump administration, now serves as senior adviser and spokesman for the pro-Trump America First Action PAC. He is scheduled to speak at the Conservative Political Action Conference (CPAC) later this week.

CPAC organizers did not immediately respond to a request for comment on Clarke’s remarks.

The well ORGANIZED effort by Florida school students demanding gun control has GEORGE SOROS’ FINGERPRINTS all over it. It is similar to how he hijacked and exploited black people’s emotion regarding police use of force incidents into the COP HATING Black Lives Matter movement. pic.twitter.com/XDZ3bcwF6F

Clarke’s tweet follows false conspiracy theories in right-wing media such as Gateway Pundit claiming that students at the Florida high school who have appeared on CNN, including David Hogg, are “crisis actors” paid to exploit the shooting for nefarious purposes.

An aide to a Florida state lawmaker was fired Tuesday after emailing a similar conspiracy theory to a reporter.

“Both kids in the picture are not students here but actors that travel to various crisis when they happen,” wrote Benjamin Kelly, an aide to state Rep. Shawn Harrison (R) to a reporter. Kelly’s comments drew swift condemnation from Sen. Marco Rubio (R-Fla.), as well as Harrison.

“On behalf of the entire Florida House, I sincerely apologize to the students targeted and again commend them for their courage through this unspeakable tragedy,” Florida House Speaker Richard Corcoran (R) tweeted an hour later.

Almighty Baking Soda Comes to the Rescue of Your Kidneys Previous post
Leaked Report: FBI Was Informed That Cruz 'Was Likely to Conduct a School Shooting' And 'Get Into a School and Just Shoot the Place Up' Next post