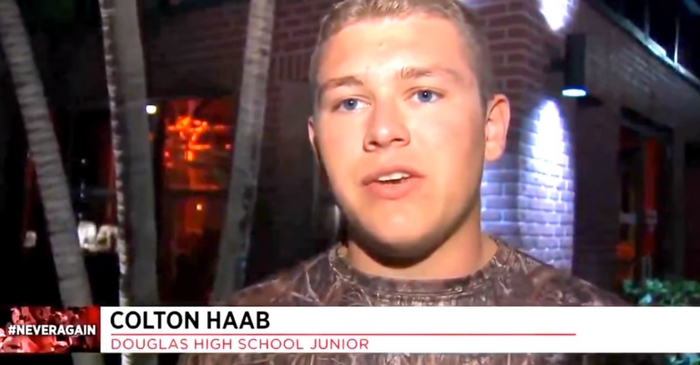 (ANTIMEDIA) — On Thursday, CNN denied claims from a Marjory Stoneman Douglas High School student who said the network expected him to ask scripted questions during a televised town hall meeting in Sunrise, FL, that focused on last week’s shooting.

“CNN had originally asked me to write a speech and questions, and it ended up being all scripted,” Colton Haab, a Stoneman Douglas senior told local ABC affiliate WPLG in an interview that has since gone viral.

He said he intended to ask the panel, comprised of Broward County Sheriff Scott Israel, Sen. Marco Rubio and Bill Nelson and Rep. Ted Deutch, and NRA spokeswoman Dana Loesch, about having armed veterans work as security guards in schools. 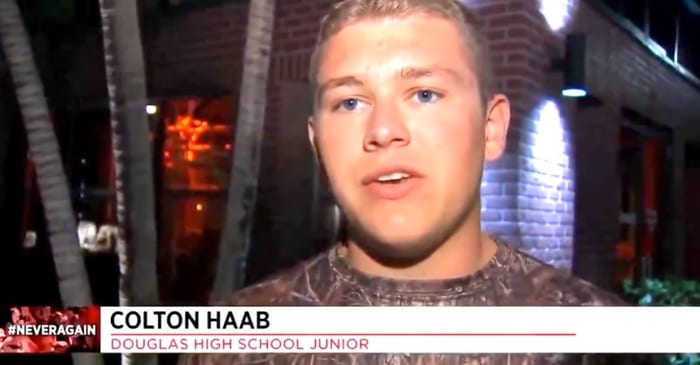 But Haab, a JROTC member who used Kevlar sheets to shield other students during the shooting last week, says that instead, CNN gave him pre-planned questions.

“I don’t think that it’s going to get anything accomplished,” Haab said. “It’s not going to ask the true questions that all the parents and teachers and students have.”

“There is absolutely no truth to this. CNN did not provide or script questions for anyone in last night’s town hall, nor have we ever.”

CNN response to the claim of a “scripted question” for last night’s town hall: pic.twitter.com/Mz1hMqqfkw

They claimed Haab’s father withdrew his name and that they would still like to have Colton on to discuss his views. No other students have come forward to complain about receiving scripted questions.

According to CNN’s summary of the event, the students in attendance offered harsh rebukes of the NRA, pro-gun lawmakers, and the lobbying relationship between them. The event was emotionally charged and overall insisted on government action to curb America’s continued problem with mass shootings.

The town hall also addressed suggestions from President Trump that teachers should carry firearms, which all the politicians in attendance rejected.

Trump has also now suggested imposing background checks, which many of his supporters are embracing despite their staunch resistance to similar policy proposals from Barack Obama when he was president.

As the mainstream narrative continues to push for gun control and even President Trump begins to align with some of the propositions, it appears discussions on the United States’ characteristically violent national identity will continue to fall by the wayside.