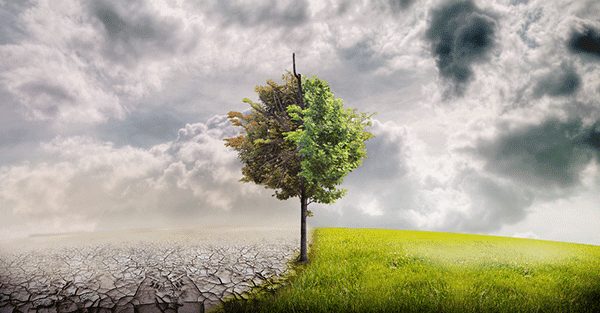 Attracted to Bad News? Then You May Not Read This Because…

Attracted to Bad News? Then You May Not Read This Because… The World Is Getting Better

I’m not judging, I do the same thing. Being attracted to negative news is ingrained into the psyche.

Biologically speaking, it is a trait that makes you aware of danger, and therefore more likely to avoid it. But in the modern world, the negative headlines don’t help us avoid danger.

In fact, the depressing news drags us into the biggest danger in the modern world. 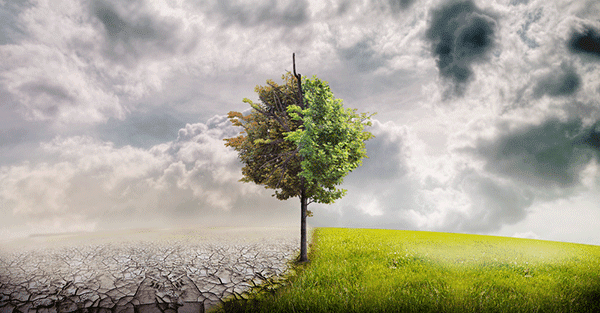 Listening to the “everything sucks” headlines and articles does one of two things:

1. It leads to stagnancy and inaction by selling a victim mentality or a why even bother philosophy.

It leads people to believe that things are out of their control, and there is really no point in trying.

2. The other thing the negative worldviews leads to is the type of action the most dangerous people in society actually want us to take.

It is like mob violence and groupthink when people are whipped into a frenzy. People behave emotionally, and whoever triggers this behavior counts on that. It basically invites the fox to guard the henhouse. People unwittingly beg the government or the corporations to control them.

Yes, sometimes we deliver some bad news or warn of dangers on the horizon. But at the core, we always try to get across that the individual is not helpless, and that no one has to choose to be a victim. As long as you act rationally, your life can be as good as you make it.

The Biggest Danger in the Modern World

So the biggest danger in the modern world is not anything the headlines warn against. It is allowing negativity to control you. It is focusing your state of mind on fear instead of opportunity. The danger is playing defense rather than being on the offense.

You get good at what you practice. If every day you practice being pissed off and pessimistic, you are going to get really good at it!

That is why it is so important to ground yourself in the truth of the matter. The world is a wonderful place, full of opportunity, and it is only getting better. So here are the facts to keep in mind every time the media, politicians, and your peers start dragging you into the pit of despair.

The Power to Create

On average 130,000 thousand have been lifted out of poverty every single day since 1990. But the media would rather report that five losers are carrying racist signs.

Wealth can be created. There is not some pie out there that everyone has to grab at and when it’s gone it’s gone. The easiest way to teach your kids that they can create wealth is to grow a garden. Their labor turns into produce.

But everywhere you turn there is evidence that economics is not a zero-sum game. As the world population ballooned over the last 200 years, the percentage of people living in absolute poverty dropped like a rock.

Less than 10% of Earth’s population live in extreme poverty today. During the same period, the population went from 1 to 7 billion.

Yet, the exact opposite happened. In a time of unprecedented population growth our world managed to give more prosperity to more people and to continuously lift more people out of poverty…

The ingenuity of those that built the technology that increased productivity – the car, the machinery, and communication technology – made some of them very rich and at the same time it increased the productivity and the incomes of others.

And they didn’t even have to have positive motives!

Wealth grows and everyone benefits. Apple gets rich beyond comprehension, and anyone with that device can run a business from the palm of their hand. Their technology makes creating wealth easy!

No vying for what limited power, resources, and wealth exist. You can create it! And the best way to create wealth is by serving the needs of others. Give them what they want and need.

Economics also gave us better health. Better housing, sanitation, and diverse diets meant more resilience to disease. Some people got rich harvesting, building, and shipping these products and supplies around the world. And everyone benefited.

As the printing press spread, people also had enough extra wealth to spend some leisure time educating themselves and their kids. People who used to be peasants could now become educated.

The literacy rate went from 12% to 85% worldwide since 1800. A more educated population only intensified the charge towards advanced culture, a higher standard of living, better products, more inventions, and so on.

Just a hundred years ago, only about 2 out of every 3 babies survived to age five. Now 95% of babies born worldwide survive their first five years of life.

The government is tightening their grip, many of their rules are not enforceable. They can make examples out of people, but they depend on widespread compliance.

If you take a snippet of history since September 2001, yes Americans are losing a lot of rights.

But the rule of law has been upheld by an explosion of information. With ever-increasing transparency backlash against corrupt leaders is growing.

The internet, peer to peer systems, the beginnings of competition in currency, easy travel, and so on are making the government ever less relevant. Voluntary social and economic systems are more effective and less corrupt in greasing the machinery of a civilized world.

One indicator of increasing freedom is the decentralization of nations. The smaller governments get the easier they are to hold in check, and the more they can innovate with governing style.

So when big empires like the Soviet Union break down into many independent nations, this represents an increase in freedom.

In the last 200 years, the Earth consisted of the fewest nations between 1915 and 1945. It is no coincidence that this time period hosted two world wars and the slaughter of tens of millions of innocents.

The Armenian genocide under the Ottoman Empire, orchestrated famines and mass murder under Stalin, and the Holocaust were all carried out by totalitarian regimes which took away individual freedoms.

Later China murdered tens of millions of its own citizens under Mao. Unfortuley China is still in one piece, but even they saw prosperity grow as economic freedom increased.

The real proof is how individual freedom flourished with the break up of the Soviet Union. Estonia is my favorite example, but not the only one. The contrast between East and West Germany was clear as day.

And what’s more – the Soviet Union collapsed and separated without (further) bloodshed. Perhaps there is hope for the downfall of other large restrictive regimes.

The result of a media – and education system – that fails to present quantitative information on long-run developments is that the huge majority of people is completely ignorant about global development.

Even the decline of global extreme poverty – by any standard one of the most important developments in our lifetime – is only known by a small fraction of the population of the UK (10%) or the US (5%).

And take into consideration that some of the richest and more powerful people a century ago did not even have access to the healthcare the poorest Americans have now.

President Calvin Coolidge’s son died in 1924 from an infected blister he got while playing tennis on the White House courts.

A hundred years ago, the President of the United States could not save his son from a blister. Today you have better access to medicine by visiting CVS with some pocket change.

Sometimes people get stuck in a bubble and only consider the negatives with which we are presented. That is why only 6% of the U.S. population thinks that the world is getting better, all things considered.

People need a little historical perspective to understand just how great the world is. And they could use a bit more reporting on the advances happening every day.

They don’t know about the huge advances in ocean farming that will deliver better quality meat and vegetable food products with a net positive impact on the environment. Or about cheap and top notch healthcare being delivered to the poorest people on Earth, for a profit.

The media isn’t excited to report the advances in 3D printing that will revolutionize production. Or systems available to every individual with internet access that allows you to start and run a business.

Or the peer to peer payment systems that protect African entrepreneurs from corruption and theft while marketing their goods locally.

Ignore the Negativity and Keep Building

There are big problems that remain. None of the above should give us reason to become complacent.

On the contrary, it shows us that a lot of work still needs to be done – accomplishing the fastest reduction of poverty is a tremendous achievement, but the fact that 1 out of 10 people lives in extreme poverty today is unacceptable.

We also must not accept the restrictions of our liberty that remain and that are put in place.

Fear of the sheepdog is what makes the sheep run to the slaughterhouse. The worst thing you can do is believe all the fear mongering coming from the media and politicians. Fear is how they control you.

Surely there are some evil people in power, and they desire terrible things. But you can’t get wrapped up in their world. Yes, you should always have a backup plan. But make it a hedge, not your nest egg.

The world is getting better. And us individuals can make sure that trend continues. You don’t have to save the world. You just have to live an honest life according to the change you want to see.

Live your life grounded in a positive philosophy of empowered productive individuals. This makes an impact. It builds community. This spreads. It lifts people out of poverty. It connects people in the best possible ways.

Love your kids. Serve your fellow human for your profit as well as theirs. Communicate, learn, and explore. Keep an open mind. Do what you love. Build a life that makes you feel happy and free!

There are so many amazing individuals out there. Don’t let the government, media, corporations, and peers rally us into herds.

You don’t have to play by the rules of the corrupt politicians, manipulative media, and brainwashed peers.