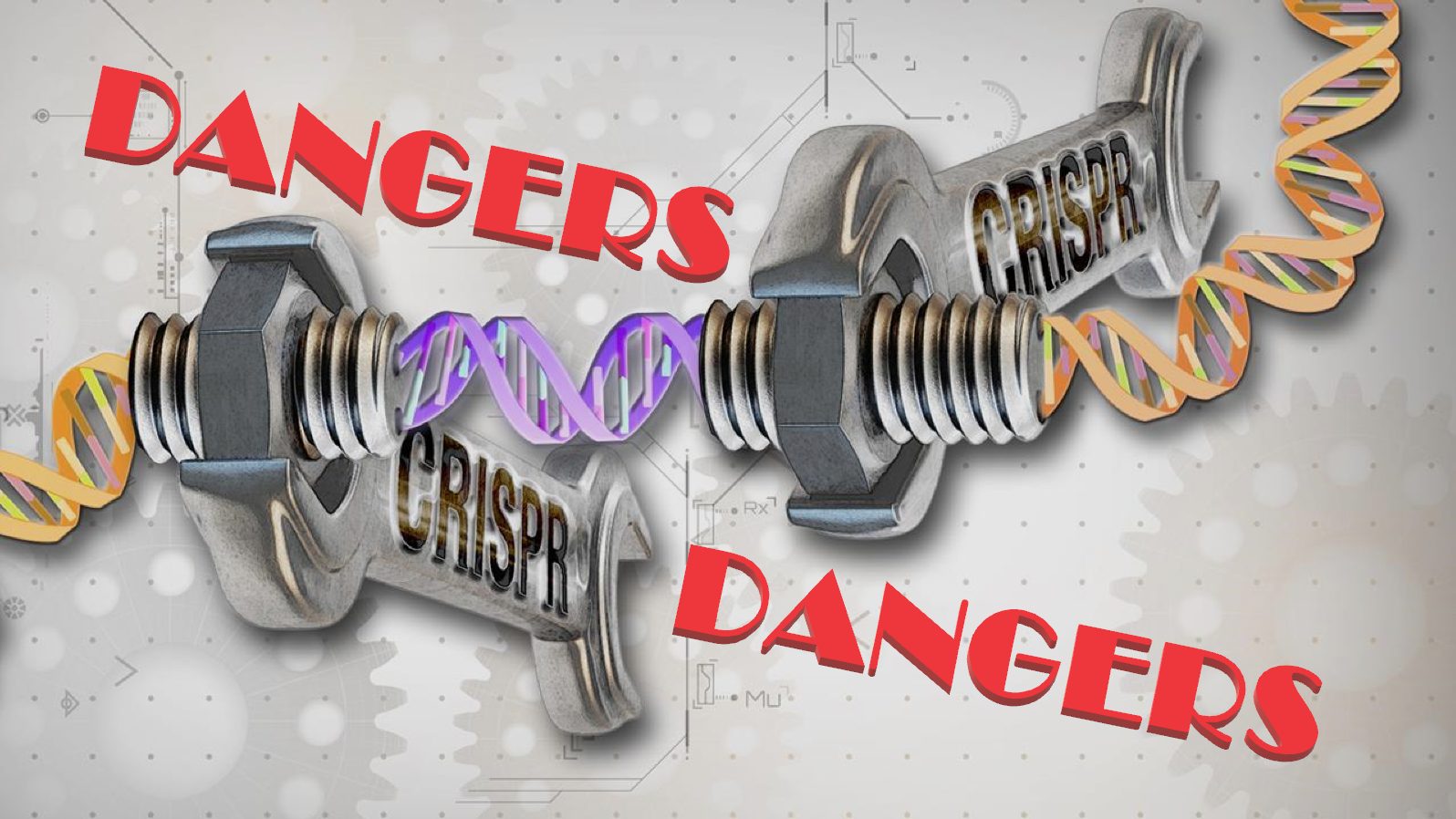 CRISPR: The Extreme Dangers of Gene-Editing

Technologynetworks.com (6/26/17): “CRISPR gene editing is taking biomedical research by storm. Providing the ultimate toolbox for genetic manipulation, many new applications for this technology are now being investigated and established.

It’s called CRISPR, a much faster, more precise, and cheaper technique for editing genes. Researchers are in love with it. You can find hundreds of articles and studies fawning over the innovation. 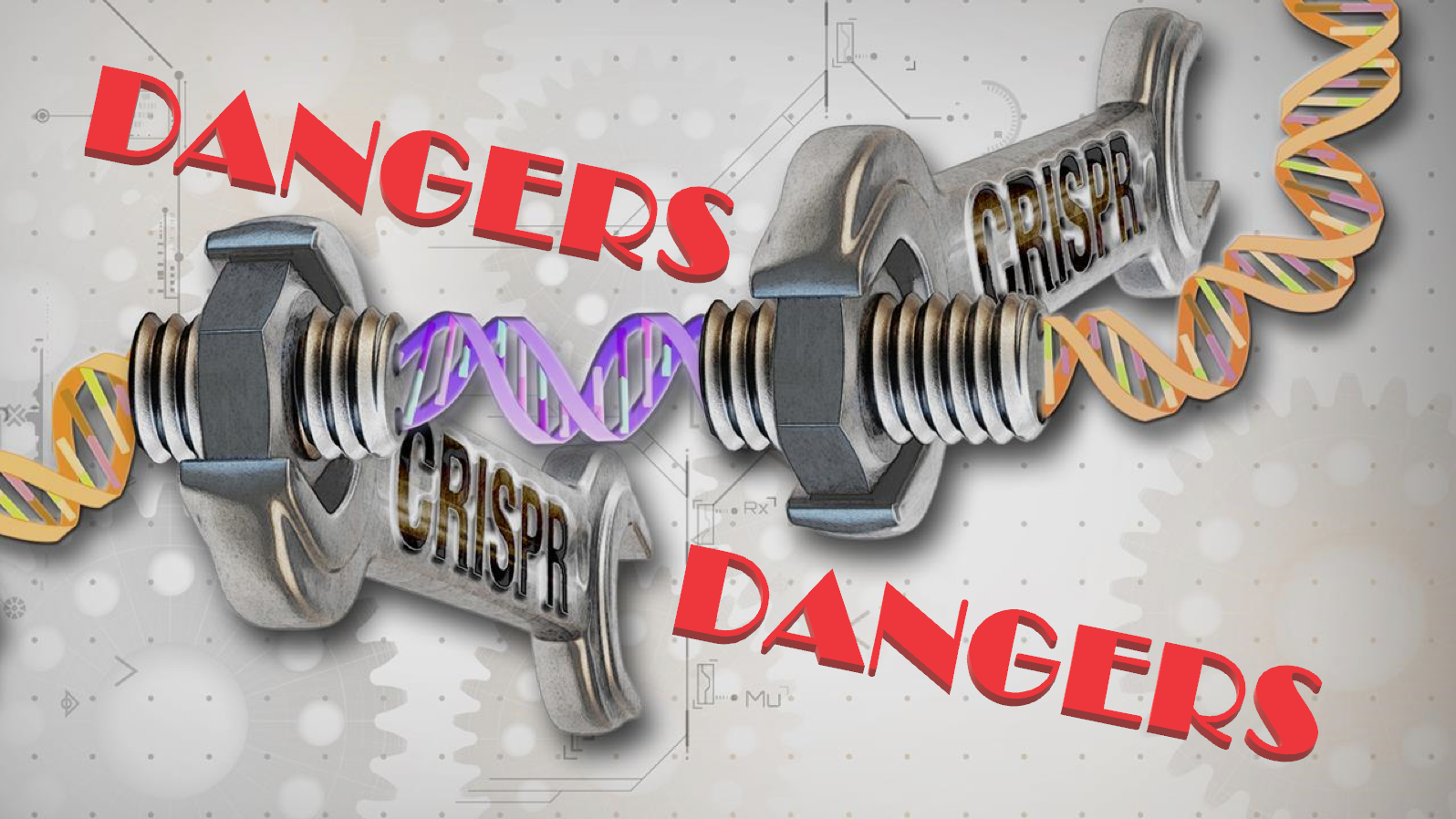 At phys.org, however, we have this, ahem, warning note (5/29/17): “…a new study published in Nature Methods has found that the gene-editing technology can introduce hundreds of unintended mutations into the genome.”

“In the new study, the researchers sequenced the entire genome of mice that had undergone CRISPR gene editing in the team’s previous study and looked for all mutations, including those that only altered a single nucleotide.”

“The researchers determined that CRISPR had successfully corrected a gene that causes blindness, but Kellie Schaefer, a PhD student in the lab of Vinit Mahajan, MD, PhD, associate professor of ophthalmology at Stanford University, and co-author of the study, found that the genomes of two independent gene therapy recipients [mice] HAD SUSTAINED MORE THAN 1500 SINGLE-NUCLEOTIDE MUTATIONS AND MORE THAN 100 LARGER [GENE] DELETIONS AND INSERTIONS. None of these DNA mutations were predicted by computer algorithms that are widely used by researchers to look for off-target effects.” [Emphasis is mine.]

“’Researchers who aren’t using whole genome sequencing to find off-target effects may be missing potentially important mutations,’ Dr. Tsang says. ‘Even a single nucleotide change can have a huge impact’.”

Genetic roulette is alive and well.

Spin the wheel, see what numbers come up. Good effects, bad effects, who knows? Step right up and take your chances.

Of course, researchers who admit these tremendous problems remain optimistic. They look forward to “refining the method.” That’s a cover for: “we really don’t know what we’re doing right now.”

Unfortunately, much science operates in this fashion. Launch a new technology, and turn a blind eye to the consequences. For example, place mercury, a devastating neurotoxin, in jjabs. What harm could result—aside from the destruction of children’s brains.

Here is more gushing PR, otherwise known as throwing stuff at the wall and seeing what sticks: “There are weekly press releases and updates on new advances [in CRISPR] and discoveries made possible with this technology; the first evidence is now emerging that CRISPR-Cas9 could provide cures for major diseases including cancers and devastating human viruses such as HIV-1.” (technologynetworks.com)

The train has left the station.

And just in case you think only the most careful and competent leading lights of the genetic research community would be permitted to get within a mile of CRISPR, here is more from technologynetworks.com:

“CRISPR-Cas9 systems, tools and basic methodology are very accessible as ready to go toolkits that anyone with lab space and an idea can pick up and start working with…In response to a growing need, companies such as Desktop Genetics have developed open access software to accelerate CRISPR experimentation and analysis.”

That’s good to know. “Anyone with lab space and an idea” can jump on board and have at it.

Do your own cross breeding of the pregnant phrases, “What could possibly go wrong,” and “Nothing to see here, move along,” and you’ve summarized the situation.

“They say they cured my anemia, but now I turn green and purple and I keep falling down.”

If all this isn’t enough to make you see the dangers of CRISPR, consider this statement about engineering human immune cells (T-cells) in a “safer” way. From statnews.com (June 23, 2016):

“The experiment would alter the immune system’s T cells only after they’re removed from a patient. That gives scientists the chance to screen the CRISPR’d cells to make sure only the three intended genes, all involved in making T cells find and destroy tumor cells, are altered.

“But after those T cells are infused back into a patient to fight melanoma, sarcoma, or myeloma, the CRISPR system can keep editing DNA, and tracking such edits becomes like following a polar bear in a snowstorm.”

Not very comforting. Once set in motion, even under the most protected and limited conditions, CRISPR can keep on working, scrambling genes in unknown ways.

Etymology of the Word Alcohol: 'Body Eating Spirit' Previous post
We Have A Drug That’s Effective Against Depression – Now the Government Needs to Let Us Use It Next post