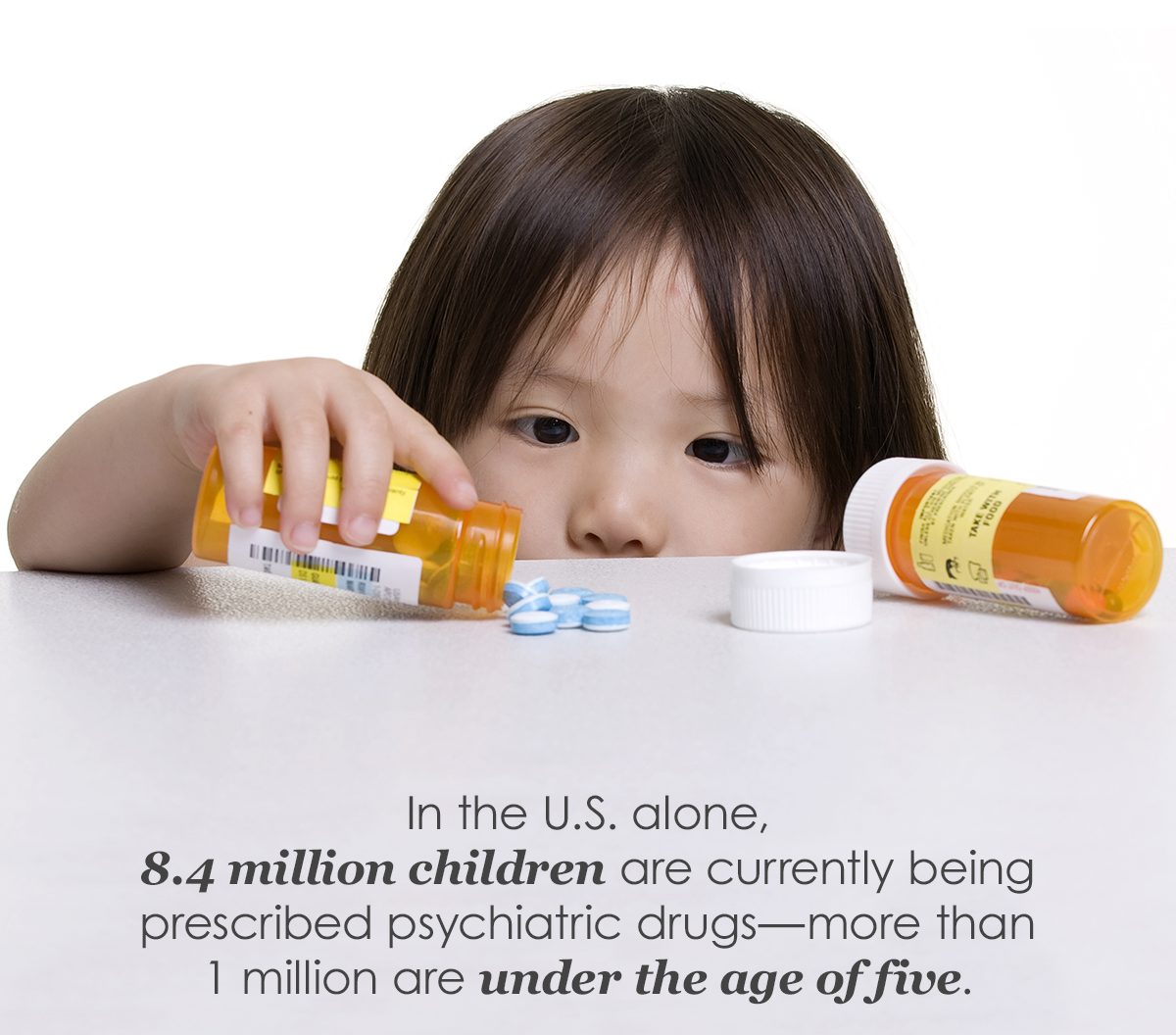 How About Life in Prison for Doctors Who Prescribe Psychiatric Drugs to Toddlers?

Over the past 25 years, I’ve documented and exposed the horrendous effects of psychiatric drugs.

To take this a giant step further, what doctor, in his right mind, would DIAGNOSE a baby, a toddler, a very young child with a mental disorder and then PRESCRIBE one of these drugs?

“Your six-month-old baby has clinical depression.” What lunatic would say such a thing?

In case you’re a new reader, I’ve firmly established that NO so-called mental disorder is diagnosed on the basis of a defining laboratory test. Not a blood test, not a urine test, not a brain scan, not a genetic assay. 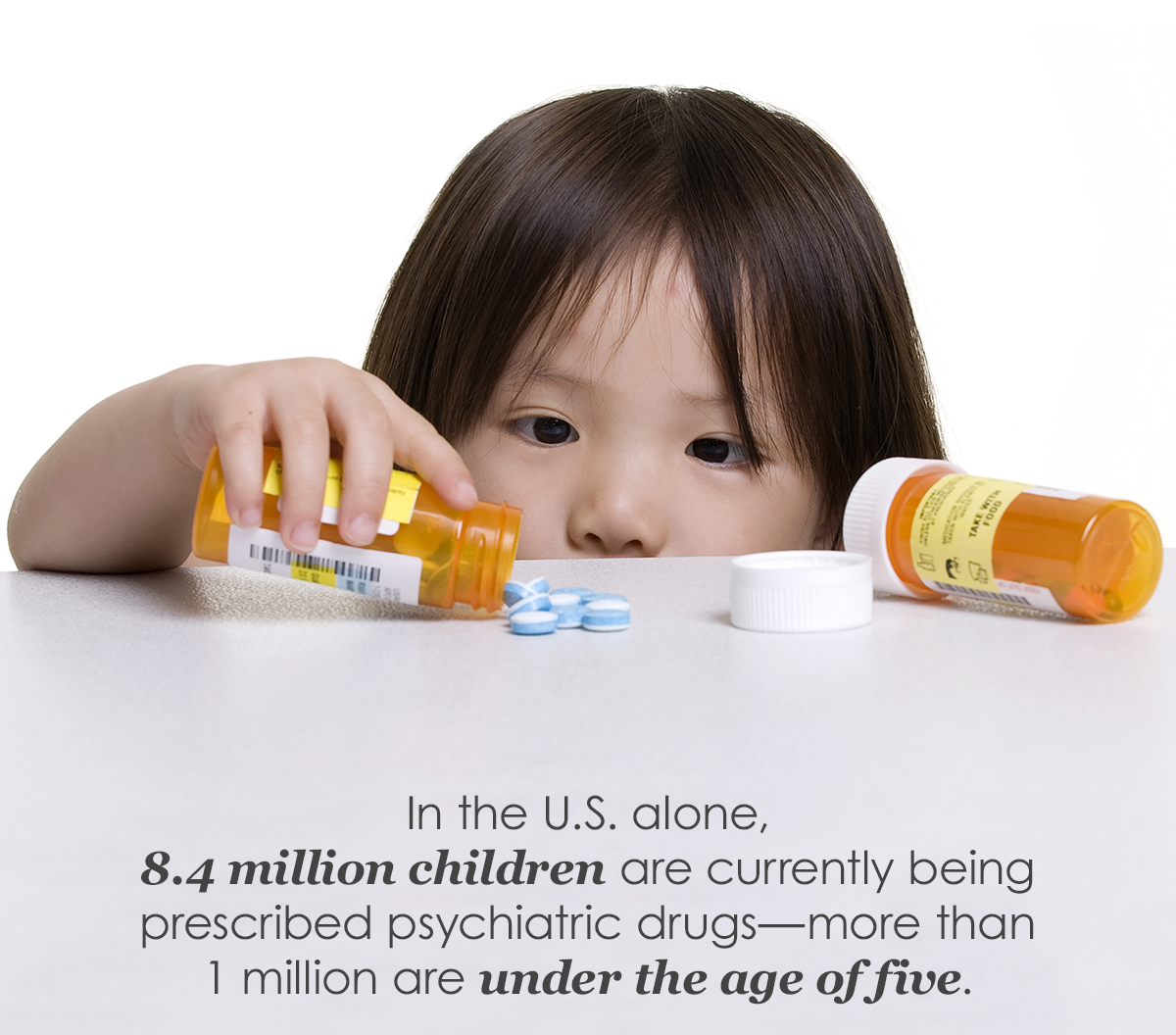 And yet, here are MDs saying — on the basis of psychiatric committee decisions that arbitrarily define these disorders — that babies have specific mental illnesses.

“Psychiatric drugs are now being given to infants and toddlers in unprecedented numbers.”

“A 2014 Georgia Medicaid analyses…when extrapolated nationwide by the New York Times found that over 10,000 toddlers were put on ADHD treatments [amphetamine-type drugs].”

“Prescriptions of powerful antipsychotics such as Risperdal for infants and very young children have also sharply risen. Office visits for childhood bipolar disorder have risen 40-fold over the past decade in the U.S.”

The doctors who prescribe these dangerous and highly harmful drugs are worse than street dealers. What street dealer would try to sell a drug to a parent for her one-year-old child?

If the Department of Justice won’t take action, professional medical societies, such as the American Medical Association, should publish the names of doctors who prescribe psychiatric drugs to toddlers, and state medical boards should strip these doctors of their licenses to practice.

But this is a fantasy, because every major medical group is a partner of the pharmaceutical industry.

It falls, then, to parents to keep their babies miles away from brain-killing MDs who prescribe the drugs.

Here is a tiny sample of available open-source literature. You can multiply the reported drug-effects many times, when babies are the patients—and in many cases, the specific damage to adult patients, when applied to babies, is impossible to predict, except that it will be far-reaching and chaotic.

In 1986, The International Journal of the Addictions published a most important literature review by Richard Scarnati. It was called “An Outline of Hazardous Side Effects of Ritalin (Methylphenidate)” [v.21(7), pp. 837-841].

Scarnati listed a large number of adverse effects of Ritalin and cited published journal articles which reported each of these symptoms. (Scarnati’s findings would apply to all ADHD drugs, which are amphetamine-like.)

For every one of the following (selected and quoted verbatim) Ritalin effects, there is at least one confirming source in the medical literature:

In the US alone, there are at least 300,000 cases of motor brain damage incurred by people who have been prescribed so-called anti-psychotic drugs. Risperdal (mentioned above as a drug given to toddlers diagnosed with Bipolar) is one of those major tranquilizers. (Source: Toxic Psychiatry, Dr. Peter Breggin, St. Martin’s Press, 1991)

The suicidal preoccupations lasted from three days to three months after termination of the treatment. The report estimates that 3.5 percent of Prozac users were at risk.”

An earlier study, from the September 1989 Journal of Clinical Psychiatry, by Joseph Lipiniski, Jr., indicates that in five examined cases people on Prozac developed what is called akathisia. Symptoms include intense anxiety, inability to sleep, the “jerking of extremities,” and “bicycling in bed or just turning around and around.”

The June 1990 Health Newsletter, produced by the Public Citizen Research Group, reports, “Akathisia, or symptoms of restlessness, constant pacing, and purposeless movements of the feet and legs, may occur in 10-25 percent of patients on Prozac.”

“Emergence of self-destructive phenomena in children and adolescents during fluoxetine treatment,” published in the Journal of the American Academy of Child and Adolescent Psychiatry (1991, vol.30), written by RA King, RA Riddle, et al, reports self-destructive phenomena in 14% (6/42) of children and adolescents (10-17 years old) who had treatment with fluoxetine (Prozac) for obsessive-compulsive disorder.

July, 1991. Journal of Child and Adolescent Psychiatry. Hisako Koizumi, MD, describes a thirteen-year-old boy who was on Prozac: “full of energy,” “hyperactive,” “clown-like.” All this devolved into sudden violent actions which were “totally unlike him.”

Wake up, parents! Your children are under grave threat from psychiatrists.