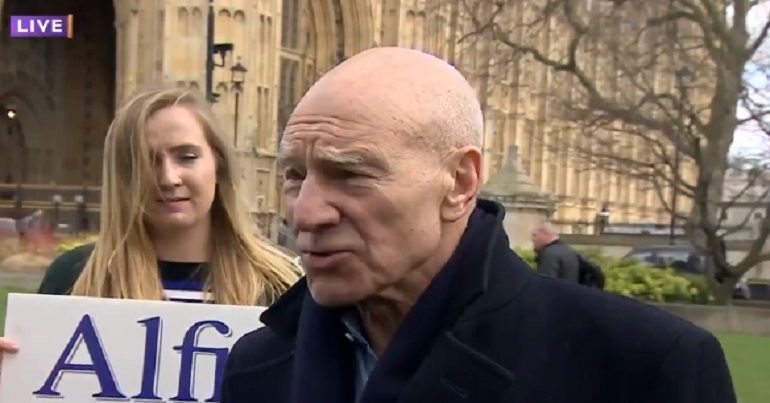 Patrick Stewart Has Shamed the Government Live on the BBC

Hollywood actor Sir Patrick Stewart has put the government to shame, right outside parliament and live on the BBC.

Stewart was at parliament on Tuesday 20 March, supporting the handing in of a petition over the government’s treatment of a seriously ill six-year-old boy. He said on the matter:

“This case has extreme urgency attached to it, and I would hope that the Home Office will come to some conclusion in Alfie’s favour very, very quickly.” 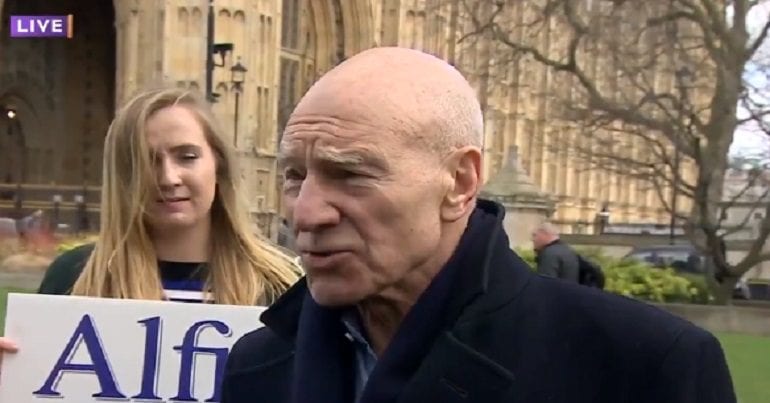 But what caused Stewart to call on the government to treat this little boy’s case as “exceptional” and “urgent”?

“This case has extreme urgency attached to it, and I would hope the Home Office would come to some conclusion in Alfie’s favour very, very quickly”#bbcdp pic.twitter.com/TVduI7Dyy3

Pleading with the government

Alfie Dingley lives [Paywall] with a rare form of childhood epilepsy called PCDH19. It means he can have up to 30 violent seizures a day and often has to go into hospital.

So his mother Hannah Deacon made an emotional plea to the government on BBC Breakfast on Monday 19 February:

Cannabis is listed as a Schedule 1 drug, as in its raw form it is not recognised in the UK as having any medicinal benefit and is therefore subject to strict control restrictions.

This means it cannot be practically prescribed, administered, or supplied to the public in the UK, and can only be used for research under a Home Office licence.

The Home Office would not issue a licence to enable the personal consumption of a Schedule 1 drug.

But on 28 February, it appeared to backtrack, saying it had agreed to a three-month trial of medical cannabis in Alfie’s case:


How can you not support Alfie?

Meanwhile, the petition Alfie and Hannah were handing to the government on Tuesday had gained more than 390,000 signatures.

Stewart told [paywall] The Telegraph that:

How could one not support Alfie? Hearing what his life has been and the benefits given to him by being able to use medicinal marijuana.

There has never been a stronger case for the legalisation of medical marijuana. I have been registered for medical marijuana in California for over three years and have found it immensely beneficial for my arthritis.

The government, so far, is only saying that “no decisions have been made” regarding Alfie’s treatment. But as The Canary previously reported, there’s a distinct double standard at the heart of its decision.

This is because it grants licences for people to grow medical cannabis in the UK, and allows it to be exported abroad for treatments for childhood epilepsy.

It remains to be seen how long the government can continue to deny Alfie his life-changing treatment, as evidence and support for him is growing by the day.

– Sign the petition to allow Alfie to receive the medication he needs.

New Earth Creation: As More Awaken, More Light Will Be Held, Which Manifests Into the Creation Of The New Earth Previous post
Dr. Buteyko Reveals the Prime Cause of ALL Disease Next post