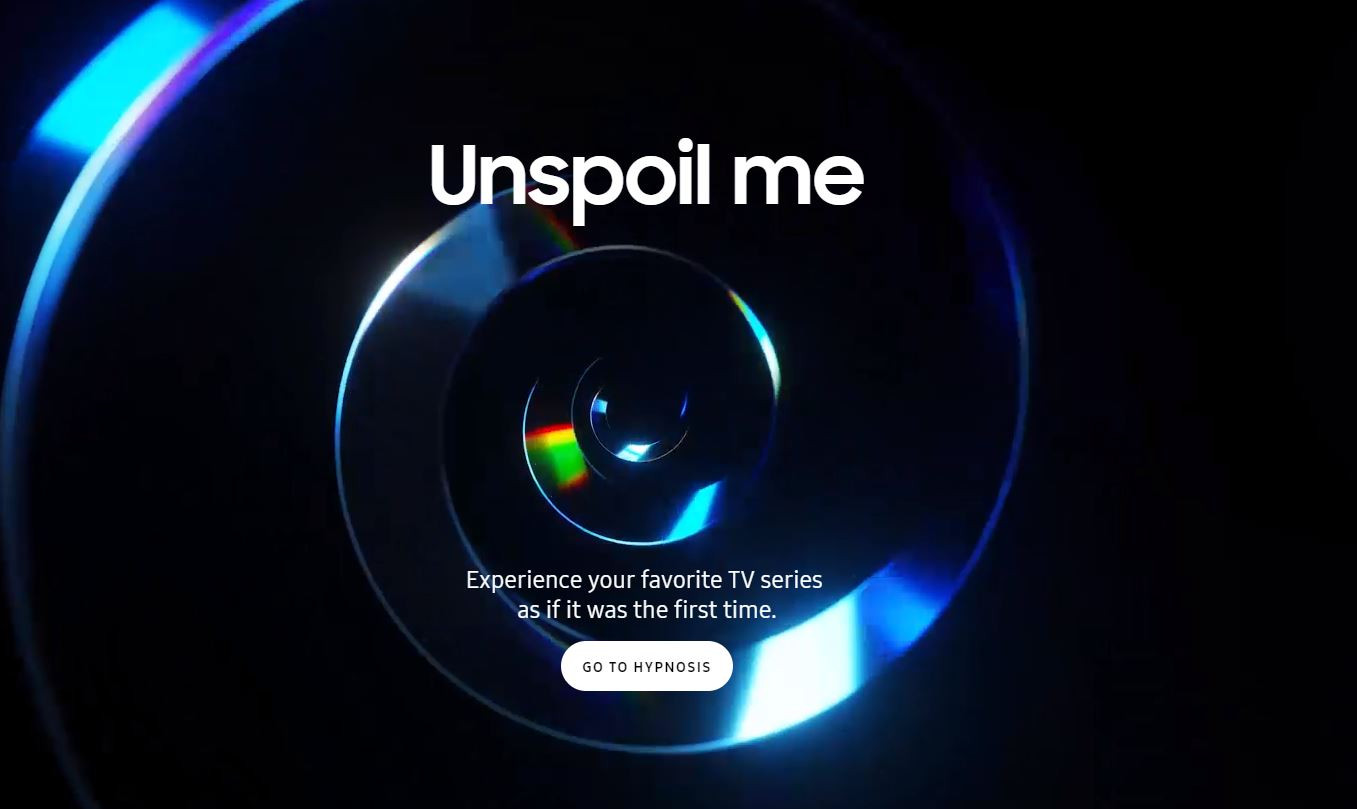 Something happens when you finally decide to turn off the television and stop tuning into the ‘programming’ being pumped into your head. The mind clears.

You begin to focus on your own life and things that actually matter to you personally. And, you stop losing time into the bottomless void that is television.

You see, television is a form of hypnotism. Whenever you pass by a screen it grabs your attention and draws you in. The moving images are created by flickering light, and since we are visually oriented creatures, television flicker rates can alter brainwaves and induce hypnotic states.

“It’s been demonstrated that well within two minutes of watching television, most people enter a hypnotic alpha state bordering on theta, [a trance-like state induced by the flicker of the television broadcast signal]. Viewers in this state are no longer able to critically evaluate, discern, or pass judgement from their own moral database on the material being viewed. The information just flows, unimpeded, into their subconscious year in and year out.” ~ Jeff Rense 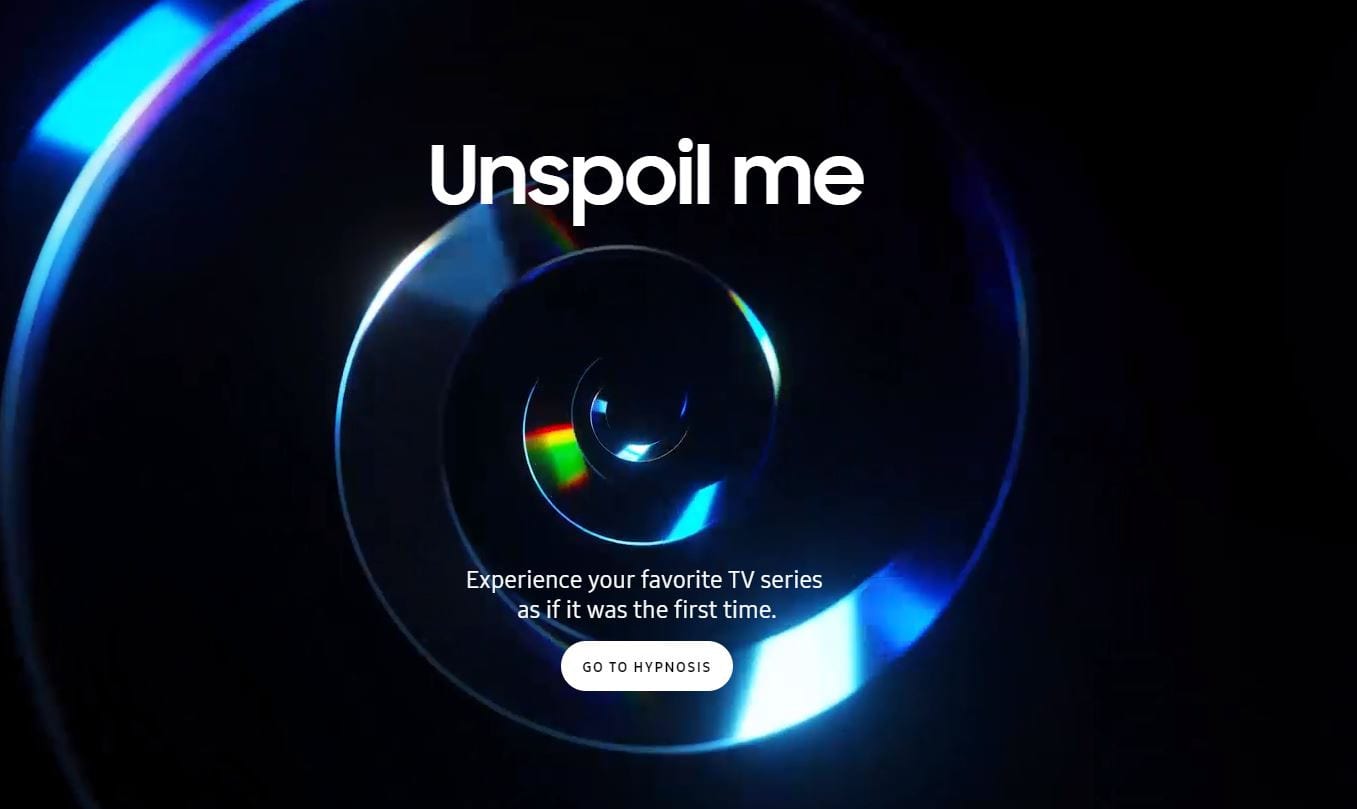 Twenty-four-hour cable news takes this to the next level by adding in constantly scrolling text, background motion graphics that typically move in a swirling patterns, and anchors that are accompanied by rapidly changing text bullets and video inlays.

So much is always happening so fast. And it’s no accident that the production is so sophisticated, as it is designed to entrance you and keep you in front of the TV. This is why you can sit down on the couch and hours go by in a blink. Time lost to the ether.

The BBC World graphic logo is a fun example:


I’ve often wondered if this type of mental manipulation is the reason why the news cycle is so effective at making important events disappear from public consciousness.

It’s called ‘Unspoil Me.’  It hypnotizes you to forget something you’ve already seen, so that you can watch it over and over with the feeling of it being new again. This is the perfect Orwellian mind control tool.

As noted by Vigilant Citizen:

Samsung’s Swedish site includes a bizarre feature called Unspoil Me – a 23-minute hypnosis session comprised of swirling patterns, mesmerizing music and a hypnotherapist controlling your mind. The aim is to get your brain to forget your favorite TV show in order for you to watch it again – as if it was the first time.

No, this is not a joke. The firm actually seems pretty serious about this. The session was created by certified hypnotists Ulf Sandström and Fredrik Praesto. Before starting, the site asks participants to consent to some terms and conditions including the following:

4. I am aware that the experience (self hypnosis) could have real effects and I am prepared to forget the whole, or parts of my favorite TV series.

5. I ensure my sole purpose of using Unspoil Me is for its intended purpose, and I will therefore only think about a film clip or a tv-series which I will have the possibility to forget.”

The tool also requires participants to put on headphones, to isolate themselves in a tranquil place and to watch the entire thing without interruption. It also recommends a night’s sleep before re-watching the “erased” TV show. [Source]

It’s a fascinating and interesting concept that combines technology with psychology and entertainment, and if I wanted to live out a dystopian sci-fi nightmare, I’d sit the wife and kids down every Friday night and erase Stranger Things from our brains and spend our weekends re-watching it.

But I learned a long time ago from being hooked on hypnotic cable news that life is just too rich and meaningful to piss away in a corporate-induced trance on your couch. Which is why they keep making this stuff more sophisticated and more hypnotic. You’re not supposed to walk away.

We know at a deep level the subconscious mind can be our greatest ally or our greatest enemy, and in world where corporations and propagandists are trying everything possible to penetrate your subconscious mind to influence your buying habits and decision-making functions, it is absolutely critical to protect the mind and only allow it to be influenced by content that serves you in a beneficial way.

Plus, this is just plain creepy. Check it out for yourself, here, and let me know if you were brave enough to do the whole program.

How the Main Stream Media is Programming Your Mind