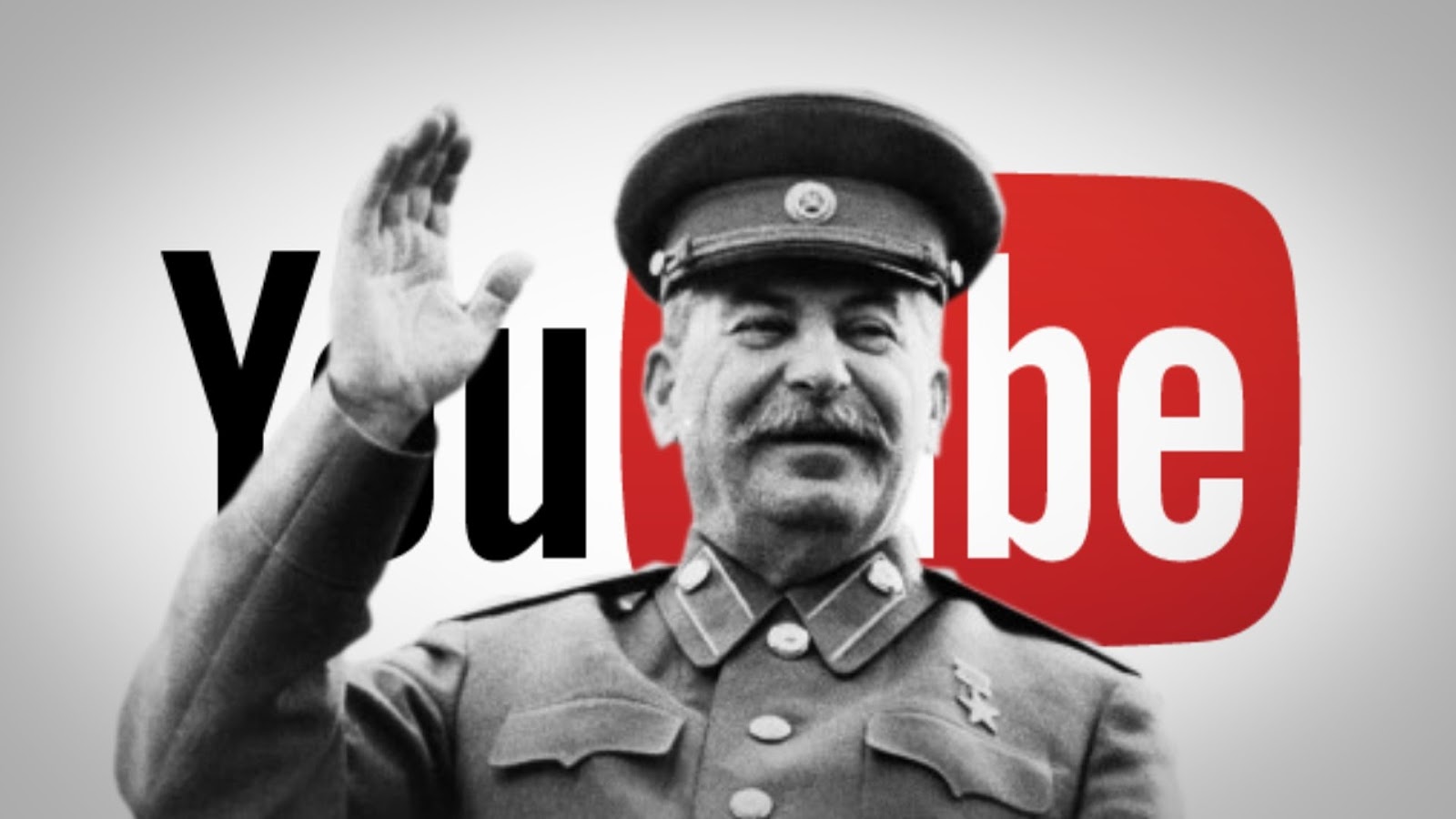 The list of banned and censored YouTube channels is rapidly increasing, as Google-owned YouTube has been carrying out a censorship blitz to strike many long-standing, hugely popular channels from its platform.

Alphabet-Google-YouTube is a giant corporation, and corporations are run for one purpose (profit), so from one perspective, this censorship spree seems self-defeating, since they are deleting many popular channels.

However, to understand this censorship purge you need to understand that the Hidden Hand or the dark force which controls the New World Order also controls Alphabet-Google-Youtube, and is clearly using its reach and power to suppress alternative thought. 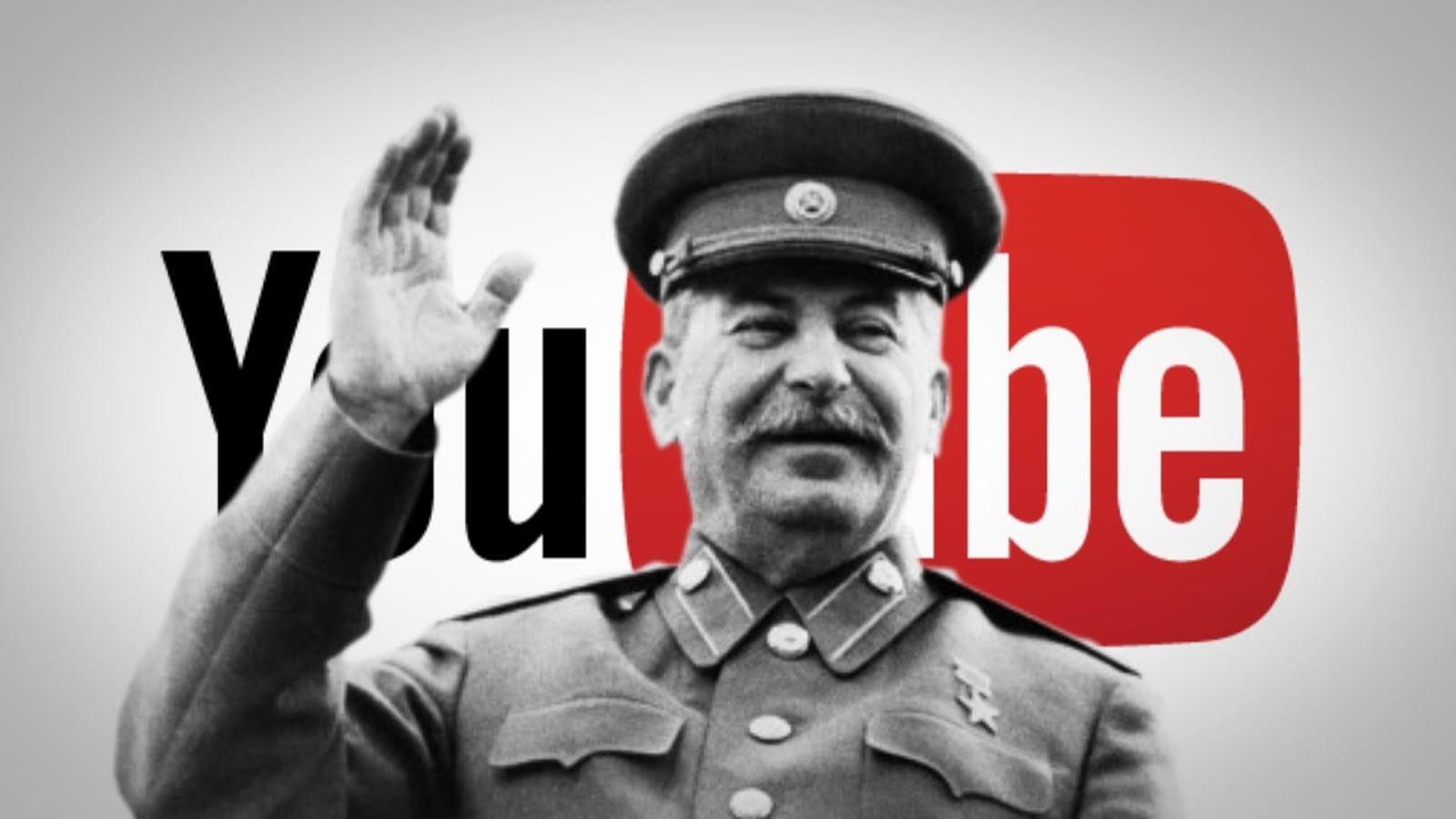 At first glance, it may seem fair that social media giants like YouTube get to censor people, because they are private companies not public/ government companies, right? It’s their platform, right? Not exactly.

These social media companies are more like private-public partnerships. They would never have gotten off the ground were it not for the government’s seed money, especially through MIC agencies like DARPA and the CIA.

Additionally, these companies are given massive tax breaks every year. Alphabet-Google in particular has a very close relationship with the US Government.

Is it fair for these companies to take so much public help and support, then turn around and disregard the right to free speech as enshrined in the 1st Amendment to the US Constitution and elsewhere?

Censorship on the Fakest of Pretexts

Make no mistake about their actions; this is censorship, pure and simple. The censored YouTube channels were all given fake pretexts and false reasons, but the pattern of censorship is undeniable.

Alphabet-Google-YouTube found ways to delete entire channels on the basis that they were breaking YouTube’s nebulous “community guidelines”, or that they were in breach of copyright (relying on allegations of accusers).

For some or many of these, YouTube even went back 3+ years to find some piece of supposedly incriminating evidence in a video that had previously been perfectly fine. Any excuse will do.

In a similar vein, the Facebook account of David Icke (with 700,000+ followers) mysteriously disappeared and was taken down for over a week before being magically reinstated. Facebook later said it was a “mistake.” Sure it was.

Everyone in the Alternative Media / Independent Media is now fully aware that if they haven’t already been censored, they are about to be. It’s only a matter of time as the Establishment, via its Establishment platforms, purges any anti-Establishment view.

Every crisis has an opportunity, and although this censorship purge will affect the Independent Media in the short term, there are good things to come from it.

Firstly, it will force alternative content creators to migrate away from the giant corporate platforms to other places where their views, writing, speech, art and content will never be censored. Many great platforms already exist which are trying to find ways to reward content creators, such as Minds and Steemit.

Secondly, as we shall see below, the NWO censors are overplaying their hand by purging so much; the list of censored YouTube channels reveals a pattern of content. So now we can see what they don’t want us to know…

Some of the channels have been reinstated, but the writing is on the wall; it’s only a matter of time before they get permanently scrapped. Here is the list:

As soon as I saw this list, I immediately recognized many of these channels as superb content providers. The owners of these channels are undoubtedly free thinkers willing to push the boundary of what is known and question everything.

Some very interesting themes emerge. Apparently, these are the topics that the NWO manipulators would rather you didn’t think about:

– Space fakery / Moon as a Hologram (Crow777 [who I interviewed here], Russian vids)

Yes, Alphabet-Google-YouTube has a distinct leftwing bias, due to its own ideology (as exposed in the incident where Google fired James Damore), and has been employing the SPLC (Southern Poverty Law Center, Rothschild connected) to purge rightwing channels.

However, this censorship blitz is far beyond left vs. right. It’s all about limiting the possible range of human thought to keep the Control System in place. 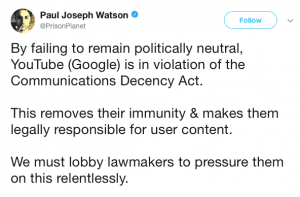 Let’s use this purge of censored YouTube channels to find better platforms that decentralize power, reward content creators and pledge to support free speech no matter what.

Project Serpo: The Real 'Close Encounters of the Third Kind' Previous post
How Do Soulmates Connect? Next post