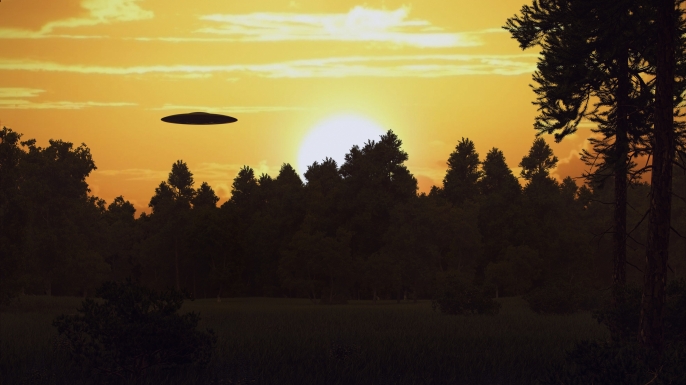 During the 1600s, Puritans in New England spotted more than just witches flying through the skies.

On March 1, 1639, John Winthrop opened his diary in which he recorded the trials and triumphs of his fellow Puritans as they made a new life in a new land. As the governor of the Massachusetts Bay Colony put pen to paper, he began to recount a most unusual event that had recently caused a stir among the English immigrants.

Winthrop wrote that earlier in the year James Everell, “a sober, discreet man,” and two others had been rowing a boat in the Muddy River, which flowed through swampland and emptied into a tidal basin in the Charles River, when they saw a great light in the nighttime sky. 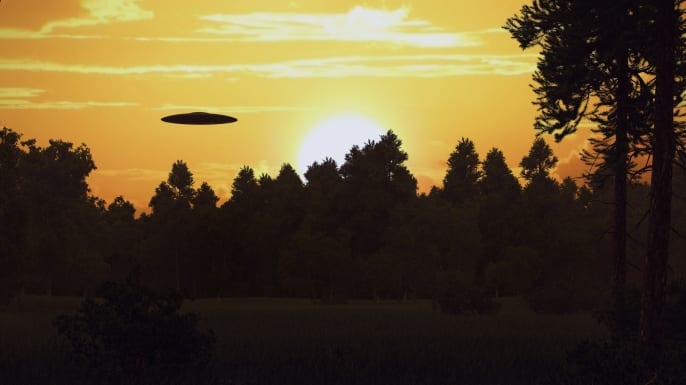 “When it stood still, it flamed up, and was about three yards square,” the governor reported, “when it ran, it was contracted into the figure of a swine.”

Over the course of two to three hours, the boatmen said that the mysterious light “ran as swift as an arrow” darting back and forth between them and the village of Charlestown, a distance of approximately two miles. “Diverse other credible persons saw the same light, after, about the same place,” Winthrop added.

The governor wrote that when the strange apparition finally faded away, the three Puritans in the boat were stunned to find themselves one mile upstream—as if the light had transported them there. The men had no memory of their rowing against the tide, although it’s possible they could have been carried by the wind or a reverse tidal flow.

“The mysterious repositioning of the boat could suggest that they were unaware of part of their experience. Some researchers would interpret this as a possible alien abduction if it happened today,” write Jacques Vallee and Chris Aubeck in “Wonders in the Sky: Unexplained Aerial Objects from Antiquity to Modern Times.” 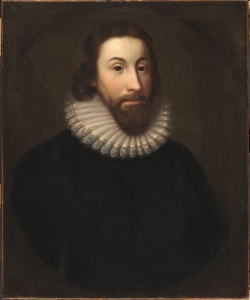 Some have speculated that the curious glow could have been an “ignis fatuus,” a pale light that can appear over marshland at nighttime due to the combustion of gas from decomposed organic matter. If Winthrop’s report was correct, however, the light was not rising from the swamp but shooting across the sky, making that explanation unlikely.

An odd sight returned to the skies of Boston five years later, according to another entry in Winthrop’s diary dated January 18, 1644.

“About midnight, three men, coming in a boat to Boston, saw two lights arise out of the water near the north point of the town cove, in form like a man, and went at a small distance to the town, and so to the south point, and there vanished away.” 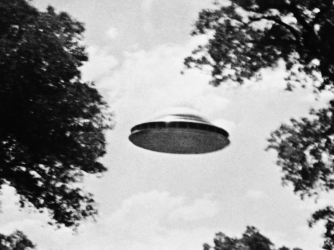 The Amalgamated Flying Saucer Club of America, which headquarters in Los Angeles, released this photo taken by a member reportedly showing a flying saucer estimated at seventy feet in diameter. (Credit: Bettmann/Getty Images)

“A light like the moon arose about the N.E. point in Boston, and met the former at Nottles Island, and there they closed in one, and then parted, and closed and parted diverse times, and so went over the hill in the island and vanished. Sometimes they shot out flames and sometimes sparkles. This was about eight of the clock in the evening, and was seen by many.

“About the same time a voice was heard upon the water between Boston and Dorchester, calling out in a most dreadful manner, ‘Boy! Boy! Come away! Come away!’; and it suddenly shifted from one place to another a great distance, about twenty times.

It was heard by diverse godly persons. About 14 days after, the same voice in the same dreadful manner was heard by others on the other side of the town towards Nottles Island.”

Unlike the 1639 UFO, Winthrop had an explanation for the latest luminescence over his “city upon a hill.”

The governor noted the bizarre spectacle was seen near the location where a vessel captained by John Chaddock exploded months earlier after a sailor accidentally ignited gunpowder aboard the ship. The captain was not aboard at the time, but the blast killed five crew members.

Winthrop noted that rescuers had recovered the bodies of all the victims except for the man believed responsible for the calamity, a sailor who professed the ability to communicate with the dead and was suspected of murdering his master in Virginia.

The hand of the devil was thought to have taken possession of the body, and it was the haunting voice of the sailor’s ghost that was said to have accompanied the strange vision of Ye Olde UFO that mystified Boston.

Was There Another Civilization On Earth Before Humans? Previous post
How the Government Gave Your Money to the Banks – Again and Again Next post