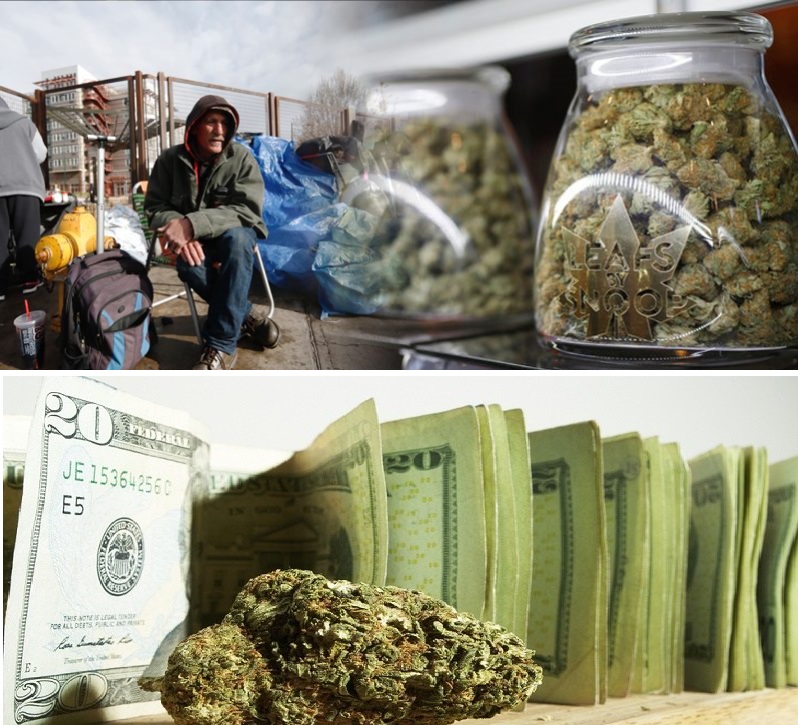 The debate about the legalization of marijuana has been prevalent in North American culture for over 50 years. The decision by the state of Colorado in October 2014 to legalize marijuana for recreational use was seen a revolutionary by those on both sides of the divide.

Since that decision was made nearly four years ago, the state of Colorado has seen an increase year on year in tax revenue gained from cannabis sales. In the most recent financial year, ending in June 2016, the state made nearly $70 million.

Revenue gained through taxation was one of the key arguments for legalizing weed. Now that this argument has been clearly validated many taxpayers have been wondering what the state will do with the additional money. 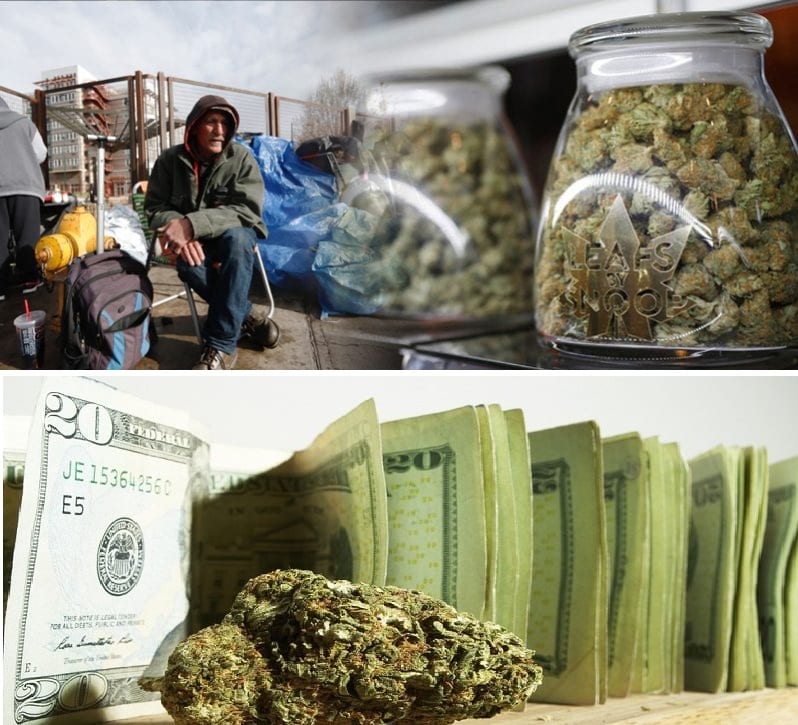 The answer in one city is almost as revolutionary as the passing of the law itself. Aurora, the third largest city in Colorado, will be using over a third of the $4.5 million gained through the ‘weed tax’ to support local not-for-profit homeless organizations.

Over the course of the next three years, a total of over $3 million will be given to a series of groups across the city, all of which work tirelessly to provide hostels and food for the homeless community.

The money will be paid out over the next three years, with $1.5 million promised before the end of the current financial year, which ends in June 2017.

The decision, which was approved in May 2016, has been lauded the world over as an example of how the legalization of marijuana can benefit, rather than damage, the local community. City Councilman Bob Roth believes it shows the people of Aurora the influence that local government can have.

‘We wanted to be able to show citizens that we are having a positive impact on the community and point to specific projects or initiatives to where that money is going to.’

With over 1000 homeless people on the streets of Aurora, this powerful example of local government working hard for the most vulnerable members of society will have a quantifiable and positive impact on the lives of people across the city.

Thus far not all of the money has been pledged to specific projects as the city is still working on the full list of projects that they wish to back.

However, $220,000 has been given to the Colfax Community Network to support their operating costs. The money ensures that Colfax can continue their critical work, with further funds likely to be sent their way over the next two years.

Finding Homes for the Homeless

Additionally, money has also been given to Comitis Crisis Center and Aurora Mental Health for each organization to buy a van and hire two care workers. This decision allows them to access homeless individuals who can’t reach their walk-in centers because of lack of funds for public transport.

One Aurora Housing Association will receive $45,000 to pay the salary of their landlord coordinator to allow them to work the role full-time. The job is vital to ensure the cycle of homelessness doesn’t continue, as landlords will often reject the applications of the formerly homeless.

Alongside, these confirmed financial pledges the city is considering building and staffing a series of day centers across the city for homeless people to wash their clothes, receive mental health support and shower.

The legalization of marijuana is undoubtedly a contentious issue. However, the positive use of the money made from it in Aurora is evidence of the good that it can do.

The city of Aurora is using the money made from selling drugs to give basic rights back to the homeless population of the city and prove just how undeserving of such treatment these people truly are.

By The Hearty Soul