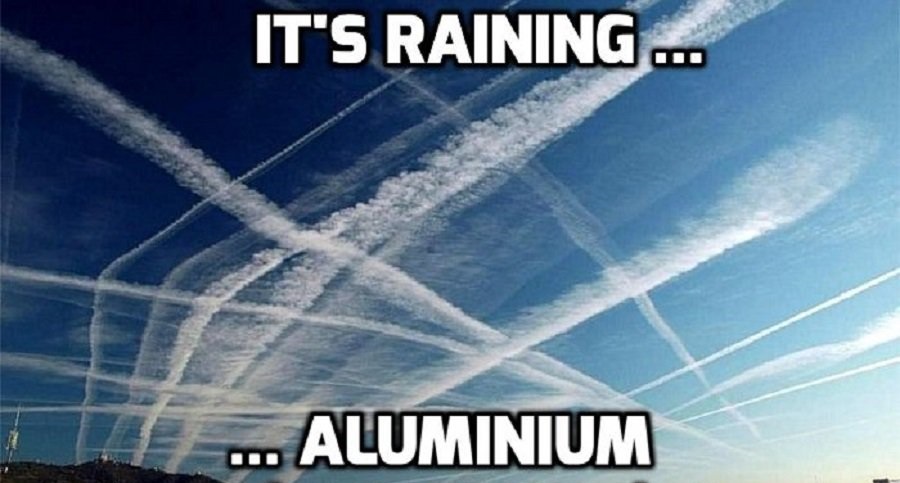 From my personal observation, the spraying in Northern California has significantly decreased in general since the escalation I witnessed in 2016 and to a lesser extent the first half of 2017: the skies being sprayed with geoengineering materials.

This article will make the case that rain tests performed in Northern California are solid evidence that the sky is being sprayed with metals.

However on most days you can still see the skies hazed out, although for some reason at least in Sacramento the material seems to fall down to cause symptoms less intensely than it did in 2016. 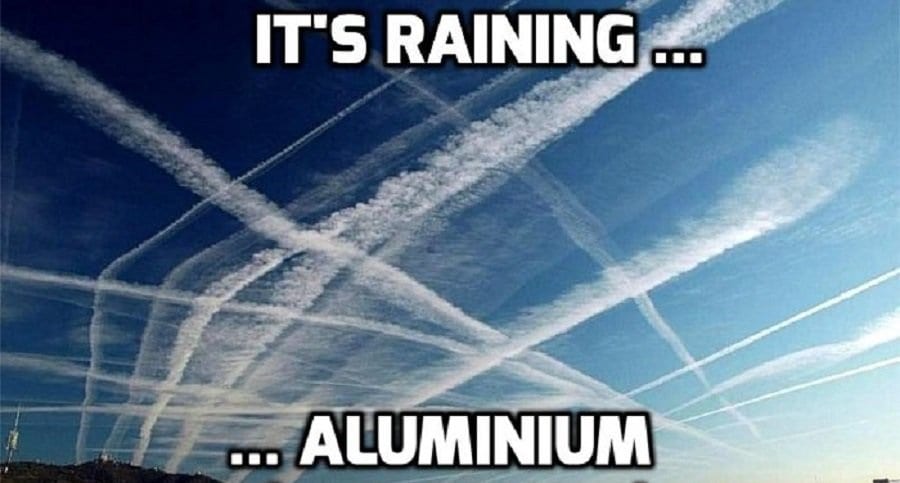 In San Francisco particularly, the spraying is very apparent right now. Patrick Roddie, a renowned and celebrated geoengineering researcher has been taking videos of the spraying above his city.

As countless rain tests conducted by his organization Stop Spraying Us have proven in the past, San Francisco, California rain continues to be contaminated with the exact same set of heavy metals that are being proposed to be sprayed right now.

The point activists are making is, we are obviously already being sprayed by the things geoengineering researcher and Harvard professor David Keith is proposing we be sprayed with. 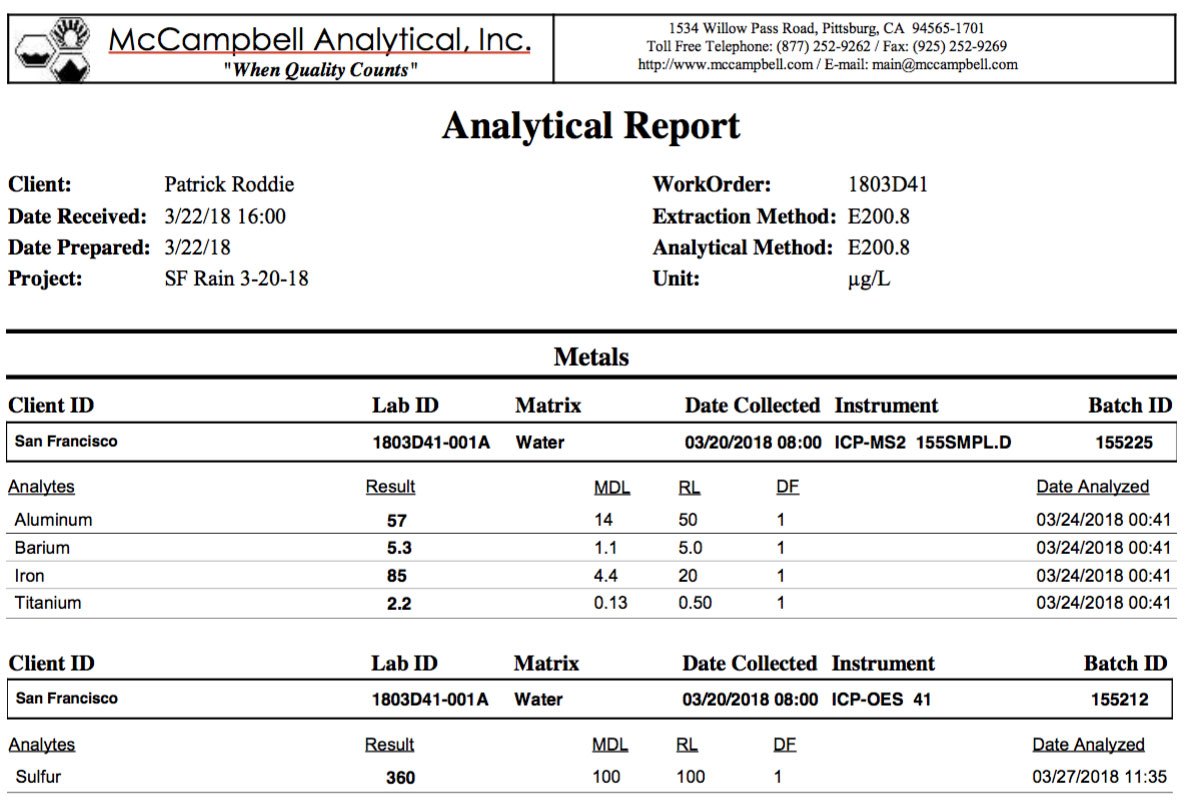 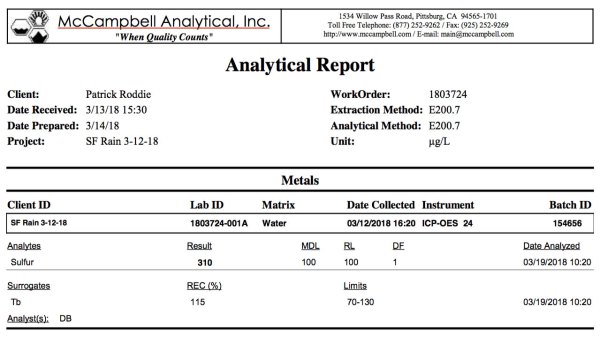 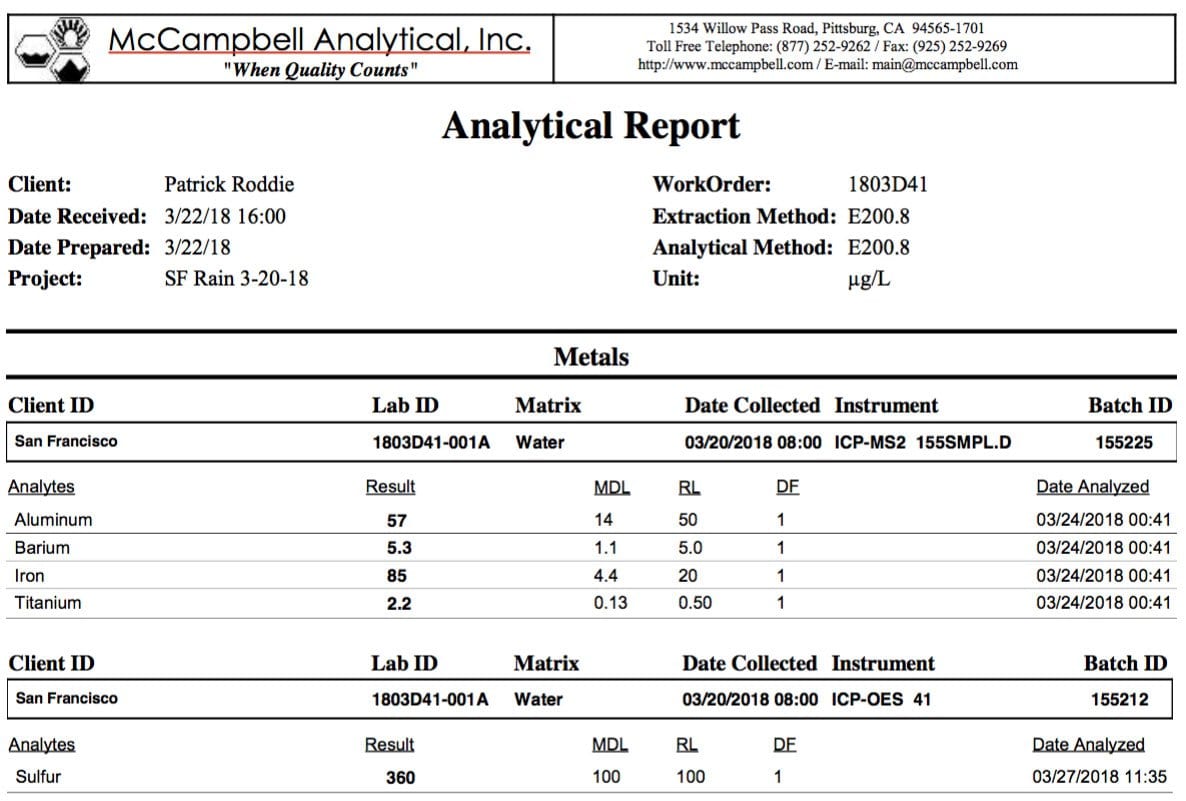 The sulfur is another material cited by geoengineers as what they want to spray the skies with. Anybody can research David Keith and his proposed spraying of materials like this into the stratosphere as an alleged test, from balloons.

People who aren’t naive and can recognize the validity of evidence like this will probably agree that somebody is already spraying the skies.

Why else would this exact same unusual proportion of geoengineering related materials be found in rain tests, that perfectly precede when one can visually recognize that the skies have been sprayed?

If you believe that this is a very small amount of these materials, let’s take a look at one of their previous rain tests from 2016.

4,700 micrograms per liter of aluminum was detected in a hard hitting rain test from nearby Sacramento, California just about exactly 2 years ago in March 2016, as we reported back then.

This is a photo taken of the sky in North Sacramento, California at the exact same time that rain test was taken. I took this photo, it is from this video.

It seems to me that certain, extremely accurate rain samples can be taken that contain something like thousands of micrograms of aluminum per liter, and those are representative of how much is being sprayed, but it is just as easy to obtain a less potent sample simply by chance.

Whether the test is lucky enough to have a potent sample that is representative of how much is being sprayed, it’s just a matter of chance.

Please share this with as many people as possible.

2018-2028: The Most Dangerous Decade Previous post
Show This to Your Loved Ones: 4-Minute Film Will Make You Re-Think Social Media Next post