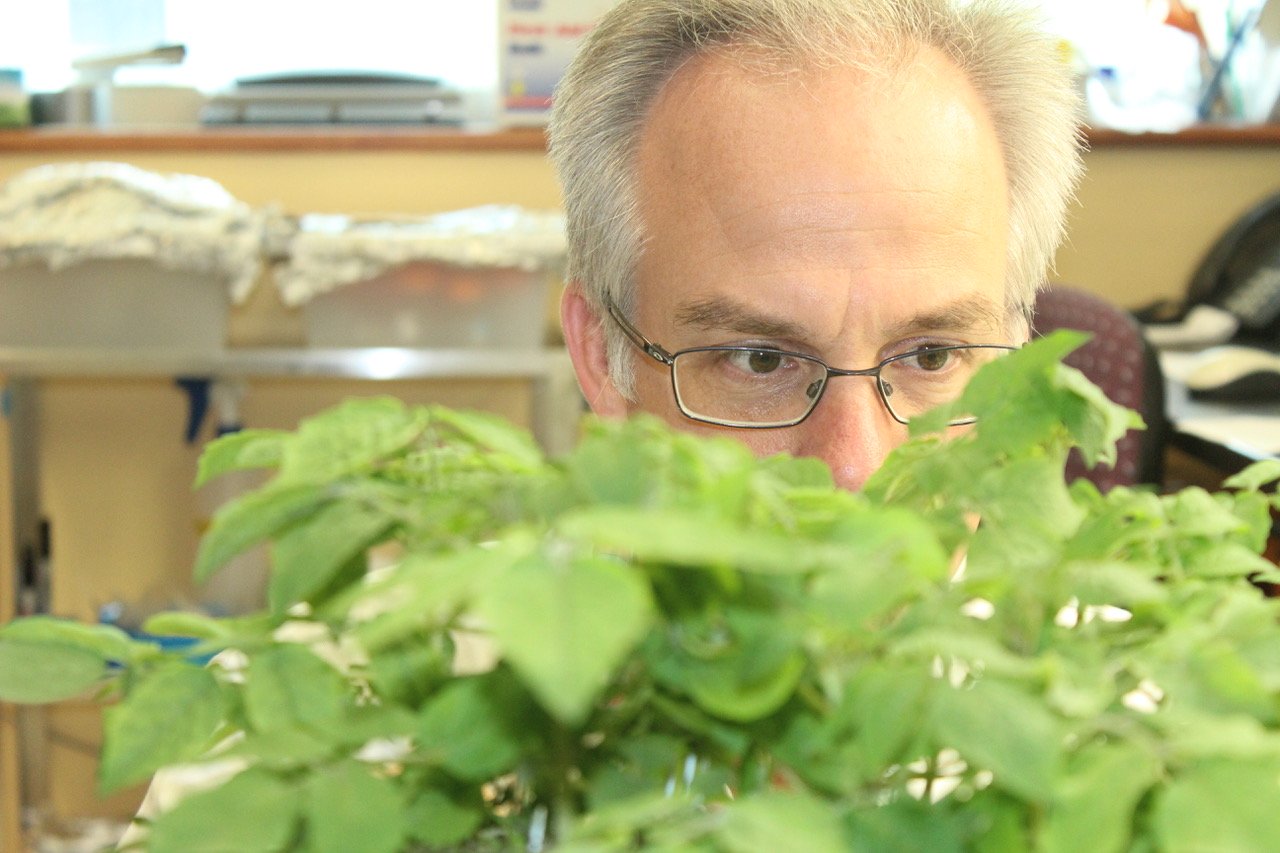 The Next Huge GMO Crime Is Already Here

The next huge GMO crime is here: It’s “genome-editing” of food crops.

The official propaganda could go several ways. One version:

“We won’t be inserting foreign genes from other species into food plants anymore, as we do now in GMO crops. Instead, we’ll be tweaking and editing the genes that are already in the plants. It’s wonderful.” 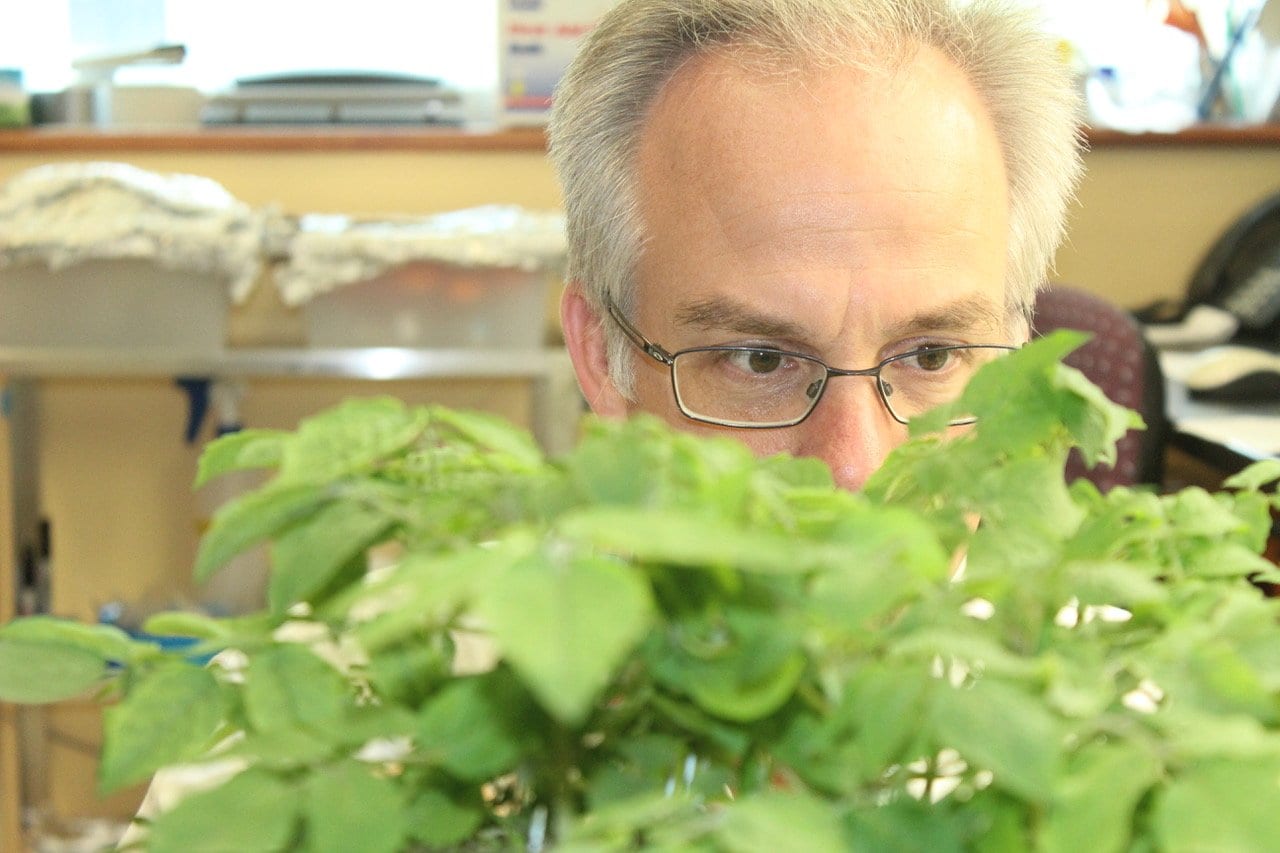 Of course, this “new and improved process” can produce unintended and unpredictable effects that ripple through plant DNA. Oops!

Here is a cautionary statement from Jennifer Doudna, the co-discoverer of the latest and greatest method of gene-surgery, called CRISPR:

“I guess I worry about a couple of things. I think there’s sort of the potential for unintended consequences of gene editing in people for clinical use. How would you ever do the kinds of experiments that you might want to do to ensure safety?”

The same worries would apply to gene-editing food plants — especially if no one intends to do long-term studies on the health effects of eating this food.

We’re on the cusp of a new level of GMO crime-business, and the man in charge of the US Department of Agriculture (USDA), Sonny Perdue, is cheerleading from the sidelines.

Perdue says the newest gene-edited plants won’t be any different from those developed by traditional non-GMO breeding methods.

Which is like saying a missile fired from a tank is identical to an arrow shot from a bow.

Here is the brand new policy from the USDA:

“Under its biotechnology regulations, USDA does not regulate or have any plans to regulate plants that could otherwise have been developed through traditional breeding techniques… This includes a set of new [gene-editing] techniques that are increasingly being used by plant breeders to produce new plant varieties that are indistinguishable from those developed through traditional breeding methods.”

Yes, indistinguishable, if you’re wearing a blindfold and wandering around in a pitch-black lab.

In other words, the bureaucrats are at it again, subverting facts and viewing corporate interests as prime, while people’s interests are of no importance.

No regulation, no studies on genome-edited crops to determine health effects on humans, just open the door wide.

Claire Robinson, the relentless and sharp publisher of gmwatch.org, goes for the throat:

“If by some miracle the USDA should turn out to be correct when it claims that genome-edited plants are indistinguishable from naturally bred plants, then the whole genome-editing commercial venture is over.

“That’s because the driving force behind all genetic engineering of plants, including genome editing, is patents. And to get a patent on a genome-edited plant you have to show that it is a man-made invention that is completely different from anything that you might find in nature.”

“Both claims cannot be true. So one is a lie. There are no prizes for guessing which one.”

To grasp this situation at ground level, imagine a bevy of food police came into your house and said:

“We’re going to take all the food out of your refrigerator, we’re going to fool around with the genes, not really knowing what changes are occurring as we cut and paste, having no idea how this will affect your health, and then we’ll come back and put the gene-edited food in the fridge. Don’t worry, be happy!”

If this new generation of edited food is accepted by a sleeping public, there is yet another step coming on the road to full food control. We’ve seen hints of it already.

The companies doing the gene-editing will claim they’ve got varieties of food crops that don’t need pesticides, because the DNA-editing protects the plants from pests and weeds. With blasts of PR, the companies will say these crops should have the status and label, ORGANIC.

There will eventually be a big push in that direction. An organic apple grown in an orchard where the farmer has taken years to clean up the soil and institute natural pest/ weed control — that organic apple will be considered identical to an apple whose genes were tweaked and re-tweaked with gene-editing.

The USDA will call these two apples “indistinguishable” from each other.

The current director of the USDA, Sonny Perdue, as Claire Robinson points out:

“…is a fitting candidate to utter unscientific talking points that only benefit the GMO industry. The former governor of Georgia, he was named 2009 Governor of the Year by the Biotechnology Innovation Organization and counts Monsanto and Coca-Cola among his corporate campaign donors.

“His nomination [to the USDA] was praised by the Grocery Manufacturers Association (GMA), that multi-billion-dollar lobbying group that represents Monsanto, Dow, Dupont, Coca-Cola, General Mills and that fought against transparent GMO labeling.”

“A former fertilizer salesman, Perdue at one time owned Houston Fertilizer and Grain, which morphed into AGrowStar, a grain business with operations across Georgia and South Carolina. His supporters cite his business operations as proof that he’s qualified to lead the USDA.”

The business of America is business.

I have a suggestion for Sonny Perdue. When people start getting sick from eating the new gene-edited food, he can say:

“Look, there are always unintended effects in science. But I’ve been assured we can solve this problem. We’ll adjust the genes of PEOPLE so they can eat the new food without harm. I was talking to execs at Monsanto the other day, and they told me it’ll be a slam dunk. A snip here, a snip there, and everything will be fine.”

A final note for now. The new gene-editing technology features a method called CRISPR. It is very cheap and very available to anyone with a simple lab. Many small start-up companies are getting in on the action.

As we speak, someone could already be trying out this UNPREDICTABLE gene-surgery in, say, a small experimental grape vineyard or an orange grove or an artisan beer manufacturing operation. It’s the Wild West of genetic manipulation.

If the USDA keeps looking the other way, pretty soon food growing will morph into untold numbers of Frankenstein variations that make today’s GMO crops seem like the purest of the pure.

Genie out of the bottle, lid of Pandora’s Box wide open.

We Swallow 114 Microplastics With Every Meal Previous post
Alzheimer’s Disease Linked to Junk Food and Cell Phones, Not Genetics Next post