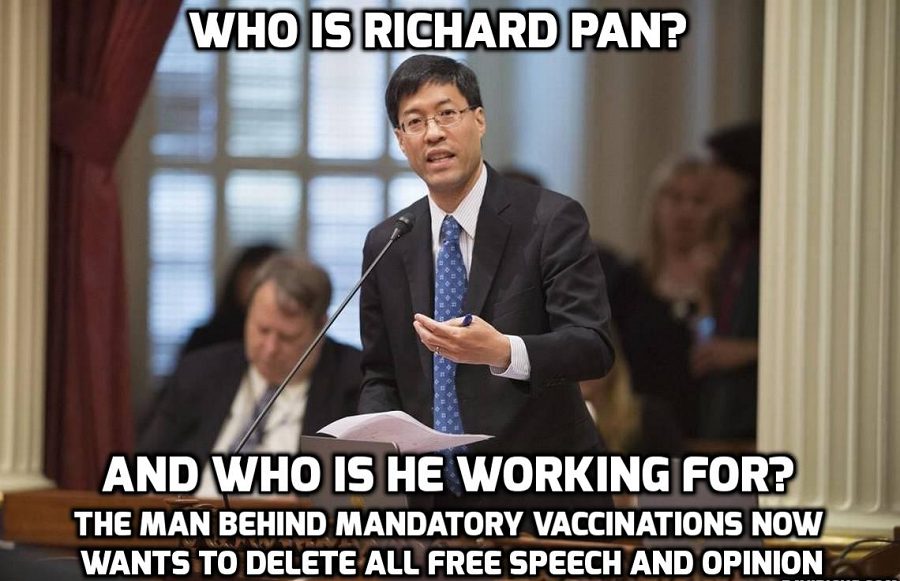 This California Bill Will Shut Down Free Speech — Let’s CRUSH It!

California used to be trumpeted as the cutting edge of American culture.

It still is, except the culture is now all about censoring free speech. 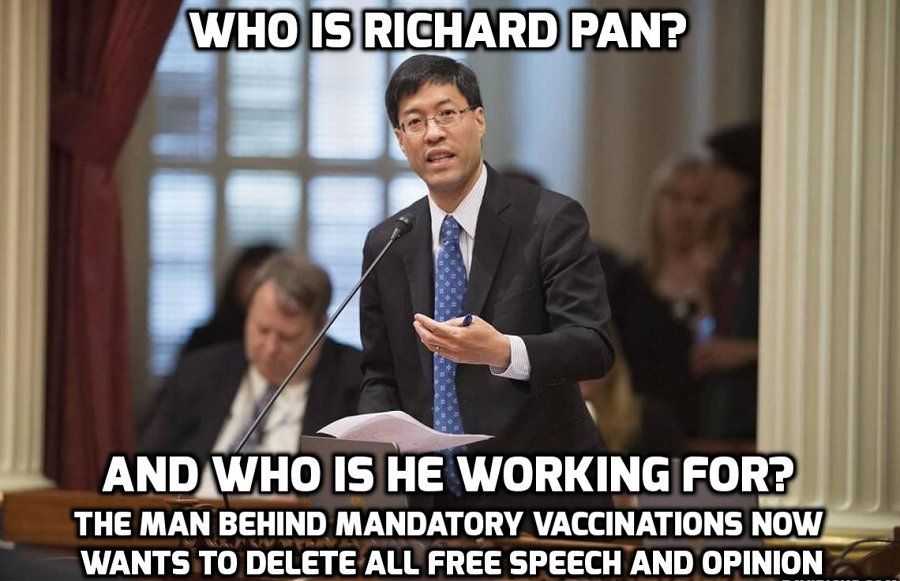 California Senator Richard Pan, who was behind the infamous 2015 law mandating vaccinations for schoolchildren (SB277), has stepped up to the plate and introduced another bill.

This one would clamp down on criticism of ANY Official Story.

It targets social media based in California. But as you read the bill, you see it appears to define social media as any Internet blog, website, or communication.

This bill would require any person who operates a social media, as defined, Internet Web site with a physical presence in California to develop a strategic plan to verify news stories shared on its Web site. The bill would require the plan to include, among other things, a plan to mitigate the spread of false information through news stories, the utilization of fact-checkers to verify news stories, providing outreach to social media users, and placing a warning on a news story containing false information.

(b) The strategic plan shall include, but is not limited to, all of the following:

(1) A plan to mitigate the spread of false information through news stories.

(2) The utilization of fact-checkers to verify news stories.

(4) Placing a warning on a news story containing false information.

(c) As used in this section, “social media” means an electronic service or account, or electronic content, including, but not limited to, videos, still photographs, blogs, video blogs, podcasts, instant and text messages, email, online services or accounts, or Internet Web site profiles or locations.

Getting the picture? It’s a free speech killer.

If it passes, agencies of the California government will develop numerous regulations for enforcement, including penalties for “speech criminals.”

Saying this bill violates the 1st Amendment of the Constitution is a vast understatement. The last time I looked, the Founders mentioned nothing about fact checkers or warnings attached to speech.

“Open borders and a flood of immigration into California are destructive to—wait. My statement has been precluded by warnings and fact-checker overrides…”

Or: “VACCINES ARE DANGEROUS. Ahem, I am making a debatable assertion and I must warn you that official experts strenuously disagree with me, and furthermore, the California Fact Checkers United, a division of Merck-Snopes Thought Police, has determined that my assertion is groundless and harmful to children’s health…”

There needs to be a relentless tsunami of protest in California over this Orwellian bill. I know of a number of Internet news operations in the state. They must jump in and lead the way.

In case you believe there are too many websites and blogs based in California to enforce a new draconian law, let me explain how the game works. Behind closed doors, the state government would decide to focus on a few big issues.

For example, gun control, jjabs, and immigration. Enforcement agencies would go after the biggest Internet operations expressing politically unacceptable points of view on those subjects. At first. A spread of smaller operations would feel the heat later.

So-called fact checkers would come from government supported groups who agree with Official Positions. In other words, they wouldn’t be fact checkers at all. They would be prime news fakers.

When it comes to the issue of jjabs, for example, they would cite the notoriously biased “experts” at the Centers for Disease Control, never mentioning that the CDC buys and sells $4 billion of jjabs a year.

If, 10 or 15 years ago, someone told you a bill like SB1424 was going to come before a state legislature for a vote, you would have thought you were listening to a Hollywood pitch for a sci-fi movie script.