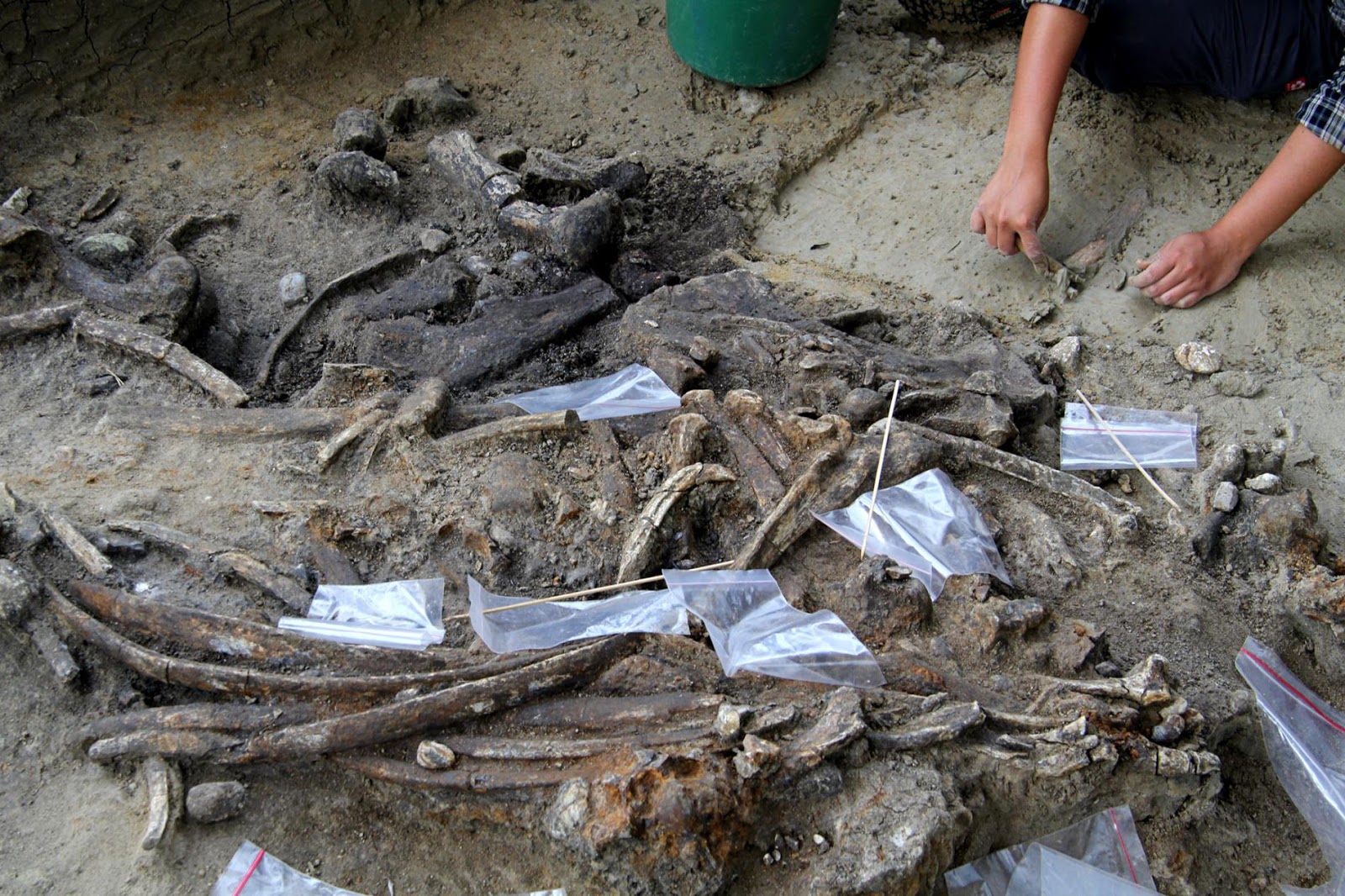 Someone butchered a rhinoceros in the Philippines hundreds of thousands of years before modern humans arrived — but who?

Stone tools found in the Philippines predate the arrival of modern humans to the islands by roughly 600,000 years — but researchers aren’t sure who made them.

The eye-popping artifacts, unveiled on Wednesday in Nature, were abandoned on a river floodplain on the island of Luzon beside the butchered carcass of a rhinoceros. The ancient toolmakers were clearly angling for a meal. 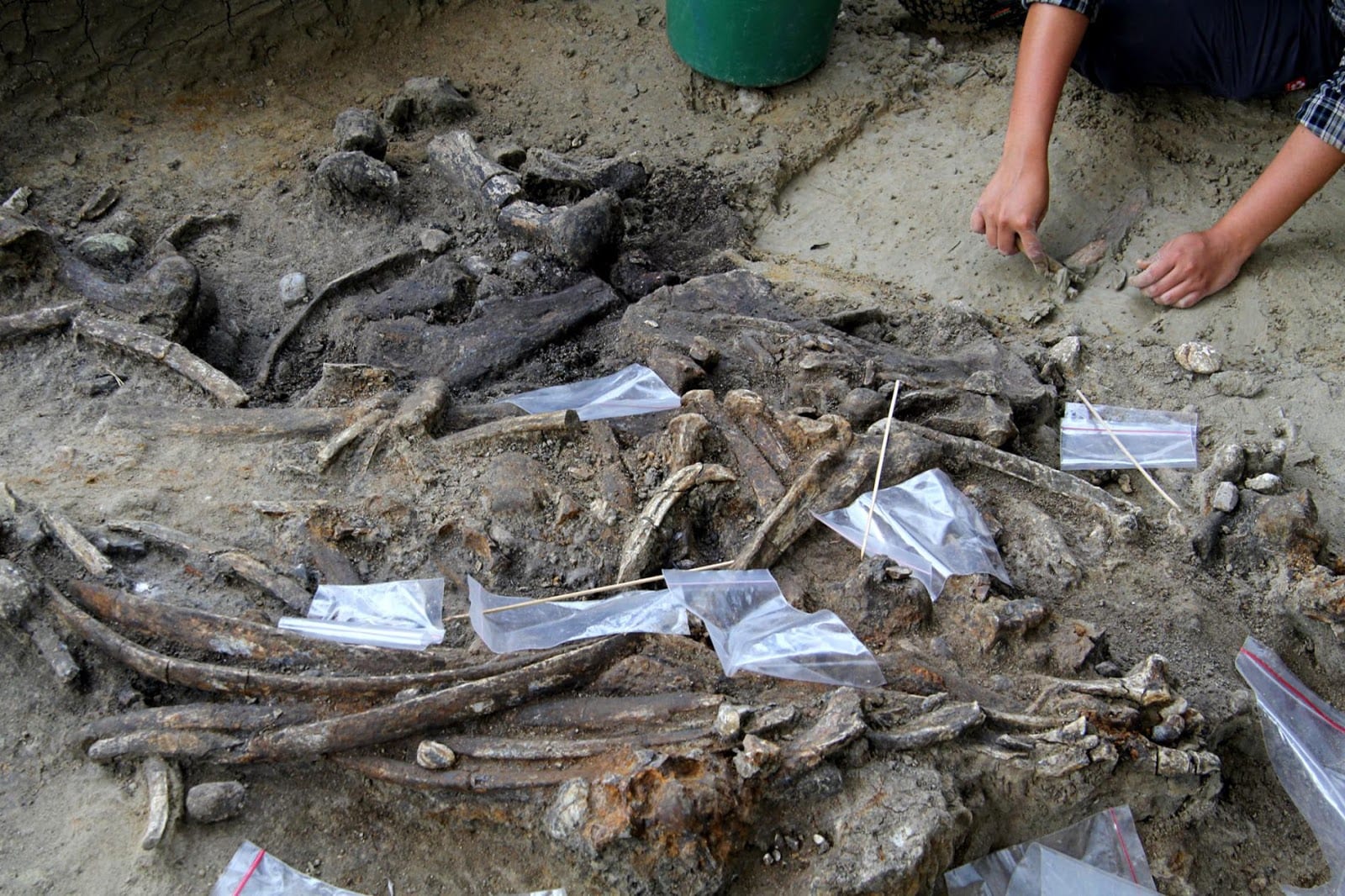 Two of the rhino’s limb bones are smashed in, as if someone was trying to harvest and eat the marrow inside. Cut marks left behind by stone blades crisscross the rhino’s ribs and ankle, a clear sign that someone used tools to strip the carcass of meat.

But the age of the remains makes them especially remarkable: The carved bones are most likely between 631,000 and 777,000 years old, with researchers’ best estimate coming in around 709,000 years old.

The research — partially funded by the National Geographic Society — pushes back occupation of the Philippines to before the known origin of our species, Homo sapiens. The next-earliest evidence of Philippine hominins comes from Luzon’s Callao Cave, in the form of a 67,000-year-old foot bone.

“It was surprising to find such an old peopling of the Philippines,” says lead study author Thomas Ingicco, an archaeologist with France’s National Museum of Natural History.

While the researchers don’t know which archaic cousin of ours butchered the rhino, the find will likely cause a stir among people studying the human story in the South Pacific — especially those wondering how early hominins got to the Philippines in the first place.

“I think it’s pretty spectacular,” says Michael Petraglia, a paleoanthropologist at the Max Planck Institute for the Science of Human History who was not involved in the work.

“While there had been claims for early hominins in places like the Philippines, there wasn’t any good evidence until now.”

Several of the habitable islands across the South Pacific have long been hemmed off by swaths of open ocean, so it was thought that humans’ ancient cousins couldn’t have made it to them without knowing how to sail.

But as the saying goes, life finds a way. In 2004, researchers unveiled Homo floresiensis, which lived on the isolated island of Flores for hundreds of thousands of years. In 2016, researchers also found stone tools on Sulawesi, an island north of Flores.

As National Geographic reported at the time, the Sulawesi tools date to at least 118,000 years ago, or some 60,000 years before the first anatomically modern humans arrived.

In search of similar sites, Ingicco and Dutch biologist John de Vos went to Kalinga, a site in northern Luzon with a reputation for yielding ancient bones.

Researchers had found animal bones and stone tools there since the 1950s, but those scattered remains couldn’t be dated. To prove that ancient hominins had lived at Kalinga, de Vos and Ingicco needed to find artifacts that were still buried.

In 2014, the team dug a test pit at Kalinga about seven feet to a side. Almost immediately, the researchers started finding bones that belonged to a long-extinct rhinoceros. Soon, they had uncovered an entire skeleton, as well as stone tools left behind by its butchers.

To get an age range for the site, the team measured the sediments and the rhino’s teeth to see how much radiation they had naturally absorbed over time.

In addition, they measured the natural uranium content of one of the rhino’s teeth, since that element decays like clockwork into thorium. In the mud around the rhino’s bones, they also found a speck of melted glass from an asteroid impact dated to about 781,000 year ago.

“Nowadays, it’s necessary that you try various methods to nail the dates, because in the past, there have been so many dates that have proved unreliable,” says study coauthor Gerrit van den Bergh, a University of Wollongong sedimentologist.

The list of possible toolmakers includes the Denisovans, a ghost lineage of hominins known from DNA and a handful of Siberian fossils.

The leading candidate, though, is the early hominin Homo erectus, since it definitely made its way into southeast Asia. The Indonesian island of Java has H. erectus fossils that are more than 700,000 years old.

Ingicco’s team suggests that the butchers may have been Luzon’s version of H. floresiensis, which may have descended from a population of H. erectus that ended up on Flores. Over millennia, the H. erectus there may have evolved to live efficiently on a predator-free island, shrinking in a process called island dwarfism.

In 2010, a team led by University of Philippines Diliman archaeologist Armand Mijares found the Callao Cave foot bone, which has measurements that overlap with both modern humans and H. floresiensis. Was this Luzon hominin a homegrown hobbit, descended from H. erectus castaways that arrived hundreds of thousands of years before? It’s too soon to say.

Riding Out the Storm?

Whoever they were, the toolmakers’ ancestors may have taken one of two migration routes into the Philippines, according to Ingicco’s team: an west-to-east route from Borneo or Palawan, or a north-to-south route from China and Taiwan. But it’s an open question how these hominins crossed open ocean.

It’s tempting to think that our extinct cousins used rudimentary boats: When news of the Callao Cave remains broke in 2010, some experts chalked up their presence to ancient seafarers. But the idea is still considered farfetched. Rhinos and elephant-like creatures also made it to Luzon, and they clearly didn’t build boats.

The Philippine’s Tubbataha is host to 600 species of fish, 13 species of whales and dolphins, and 360 species of coral. The reef’s isolated location, combined with committed management, has left it in a nearly pristine state.

Perhaps large animals and the butchers’ ancestors accidentally rode to Luzon on floating masses of mud and aquatic plants, torn off coastlines by large storms.

Regional tsunamis may have also washed some terrified H. erectus out to sea. As they clung to floating debris, they may have inadvertently island-hopped.

“Water dispersal by H. erectus is accidental — there’s no Manifest Destiny, there’s no plot,” says Russell Ciochon, a paleoanthropologist at the University of Iowa at Iowa City.

There’s also outstanding questions about what happened when and if descendants of these early hominins made contact with the first modern humans to reach Luzon:

“Did our species come face to face with these creatures? What is the nature of that contact?” wonders Brumm.

These and other questions remain to be answered, but researchers say that study of the human story in Luzon — and the South Pacific writ large — is only just beginning.

Why the War on Men Is Hurting Everyone Previous post
Geopolitical Expert: The Coming Financial Crisis Is ‘Going To Be A Bloodbath’ Next post