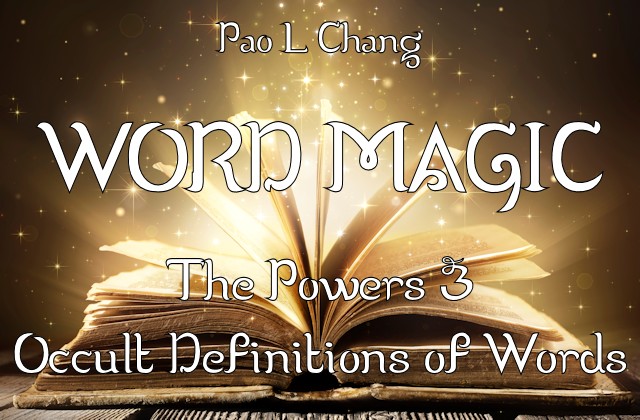 Be Wary of Words! Their Spells and Appearances Can Control Your Thoughts

This article was first published on WakeUp-World.com. The article below is the updated version.

Today, we live in a world dominated by words which can be used as magic spells to hypnotize the minds of people. All words have magic properties because they were created based on occult knowledge. To be more specific, they were designed based on sacred geometry and sacred sound. 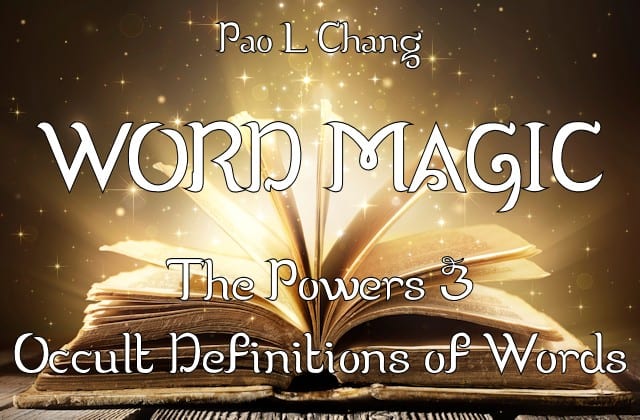 Furthermore, many of them were charged with magic intention.

What the education system does not tell you about letters is that they are actually sigils containing the fundamental semantic code for transmission of thought. This is why words, which are made up of letters, are so effective for stimulating the human mind and transmitting information.

Certain advertising companies are well aware that words are very effective tools for stimulating the mind, which is why their ad campaigns often have a lot of words in them.

Besides having the power to stimulate the mind, words also have the power to “cut” and shape the material world. Words have this power because they are sharp like swords. When you move the letter “s” in the term words to the front, it becomes the term sword. In some ways, words are more powerful than swords.

This is why the Bible verse Hebrews 4:12 says:

“For the word of God is living and powerful, and sharper than any two-edged sword, piercing even to the division of soul and spirit, and of joints and marrow, and is a discerner of the thoughts and intents of the heart.”

When you read this verse literally, it sounds kind of confusing and does not make much sense. However, when you learn how to decipher it and access the knowledge hidden within its words, it makes a lot of sense.

The Source for the codes that govern reality, also known as the Laws of Nature. The Bible verse John 1:1 is not really talking about the words in books, but is talking about the forces, laws and knowledge of the Universe, which can be expressed through words to create worlds.

When we speak words, we are literally creating worlds. However, because our conscious and subconscious minds are not working in harmony with each other, our thoughts expressed through words often do not physically affect the material world in a way that we can see.

Why You Should Be Wary of Words, Especially Legal Words

The world you live in is ruled by words. This is why all physical contracts are based on words and all disputes are done using words. Because the world is ruled by words, if you want to prevent words from ruling over you, you need to be aware of the occult (hidden) meaning of words.

Name: “The designation of an individual person, or of a firm or corporation. Word or combination of words used to distinguish person or thing or class from others.”

Person: “In general usage, a human being (i.e. natural person), though by statute term may include labor organizations, partnerships, associations, corporations, legal representatives, trustees, trustees in bankruptcy, or receivers.”

Corporation: “An artificial person or legal entity created by or under the authority of the laws of a state. An association of persons created by statute as a legal entity.”

In the legal definition of person, there is a phrase that says “though by statute term“. The phrase “statute term” means “legal term”. Because of this, a person is legally a corporation.

To connect the dots, when you agree to be a “person”, in law, you actually agree to be an artificial person and thereby have no natural rights. Without natural rights, the government can force you to pay taxes and order you to obey its fictitious laws. Do you innerstand now why you need to be wary of words?

The Most Popular Magic Spell for Hypnotizing Your Mind

Before you were born or shortly thereafter, your mother and father gave you a name. They gave you a name because you are going to be a good little ewe and follow orders. Did you notice that the word you is pronounced similar to the word ewe?

The word ewe means “a female sheep, especially when fully mature.” When you do not question things and follow orders, you/ewe are considered a sheep by your owners, which are the Elite. This is why the word sheeple is used to define people who are “docile, foolish, or easily led.”

Do you remember what I said early that the word name means “The designation of an individual person, or of a firm or corporation“? Because the Name Spell is so effective for deceiving you, it is heavily used by religious institutions, governments, banks and corporations to hypnotize your mind with sigils (letters).

To condition your mind to accept your name as being the same as you (the living man or woman made of flesh and blood), they use the education system to indoctrinate you at a very early age to think that the name is who you really are.

Does that sound like a name to you? Now, sit back and think about that for a minute. Can you feel the Name Spell losing its magic effect on you?

Once you become aware of the Name Spell, it can not affect you as much, causing you to wake up and remember who you truly are.

Because you are now aware that your name is not who you truly are, your awareness should start to expand. As your awareness expands, you will become more aware of other magic spells.

To learn more about the power of words, read my Amazon best seller book Word Magic: The Powers and Occult Definitions of Words and become a member of EsotericKnowledge.me so you can access the private articles, which are much more empowering and informative than the public articles.

EMFs and RFRs Finally Taken To Court... In Canada That Is Previous post
The Destruction of Europe: Muslim Migrants Are A Trojan Horse (And They Will Come to America Next) Next post