Smallville actress Allison Mack was arrested last week on charges of sex trafficking for the mind control cult NXIVM. Here’s how she’s connected with the depraved world of the occult elite.

In November 2017, I published a lengthy article on the elite connections and the mind control practices of the cult NXIVM. Since then, the leader of the cult Keith Raniere was arrested in Mexico for sex trafficking and was extradited to the United States.

The federal complaint accuses Raniere of having a “decades’ long history of abusing women and girls”, including “repeated sexual encounters with multiple teenage girls” as young as 12.

The second-in-command of this organization is TV actress Allison Mack who used her celebrity status to lure women into the cult. The slaves would then be subjected to painful, humiliating and traumatic rituals meant to break them down in order to be re-programmed. Typical MKULTRA techniques.

“Each woman was told to undress and lie on a massage table, while three others restrained her legs and shoulders. According to one of them, their ‘master,’ a top Nxivm official named Lauren Salzman, instructed them to say: ‘Master, please brand me, it would be an honor.

“A female doctor proceeded to use a cauterizing device to sear a two-inch-square symbol below each woman’s hip, a procedure that took 20 to 30 minutes. For hours, muffled screams and the smell of burning tissue filled the room.” – NY Times, Inside a Secretive Group Where Women Are Branded

Allison Mack was part of the process and made sure the slaves followed a strict diet. U.S. attorney Moira Penza said:

“Ms. Mack was one of the top members of a highly organized scheme which was designed to provide sex to [Raniere]. Under the guise of female empowerment, she starved women until they fit her co-defendant’s feminine ideal.”

In mind control terms, Allison Mack was the Grand Dame – the “motherly” figure who assisted the handler in programming. Like in most mind control systems, Mack was a slave herself.

“Mack is accused of acting as lead “master” to dozens of “slaves.” Court documents allege she previously pledged to be Raniere’s “slave” for the rest of her life.” – Vice, Allison Mack Is Being Released on $5 Million Bail

Since Mack’s arrest, some disturbing details surfaced about her recruiting activities and her connections with the occult elite. Here are some of them.

She Tried to Recruit Emma Watson

In early 2016, Allison Mack sent several tweets to Emma Watson to get her to join an “amazing women’s movement”.

She Posted a Picture of Marina Abramovic

On January 23rd, 2018, Allison tweeted a picture of occultist Marina Abramovic. With no comment. Just the picture. 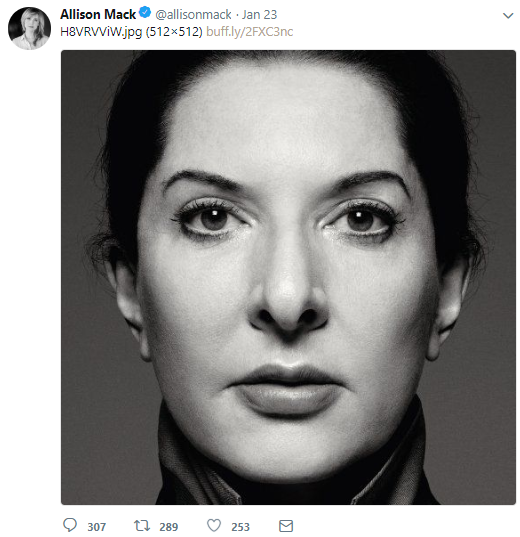 Marina Abramovic was mentioned several times on this site as she’s a powerful and influential occultist who is connected with the highest levels of politics and entertainment. She’s constantly celebrated in mass media although everything about her reeks of satanism, pedophilia, and cannibalism. 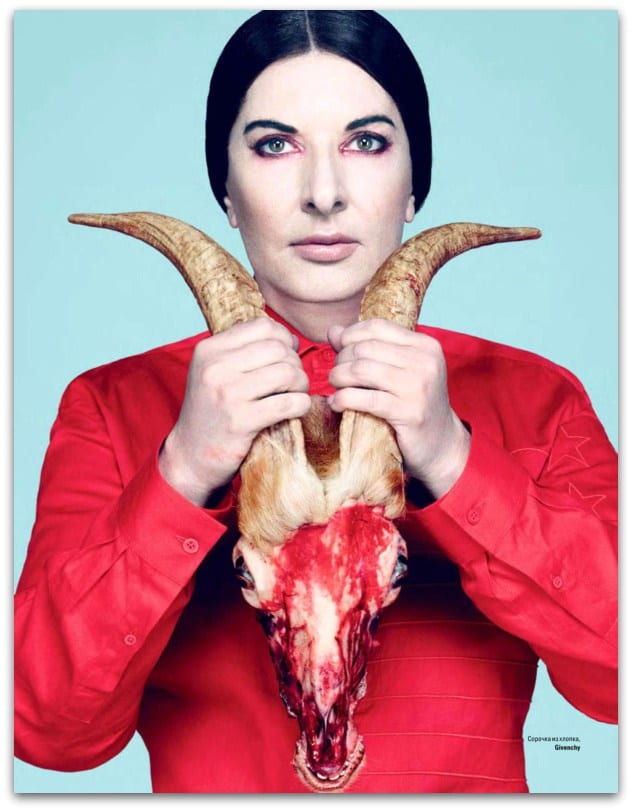 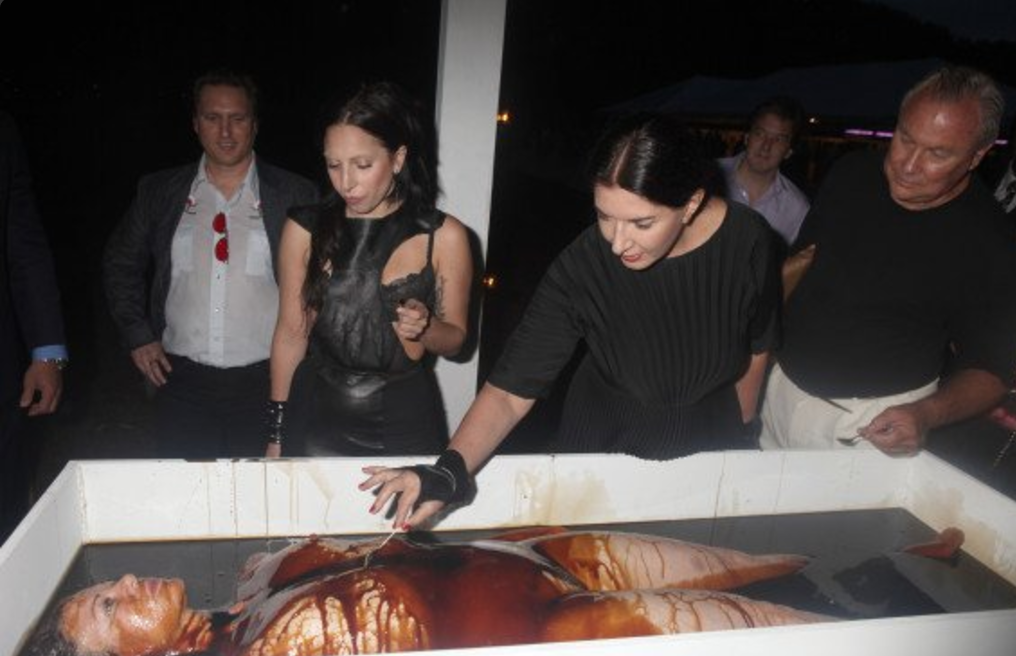 In 2016, it was discovered that she organized “spirit cooking” rituals for powerful individuals such as John Podesta. 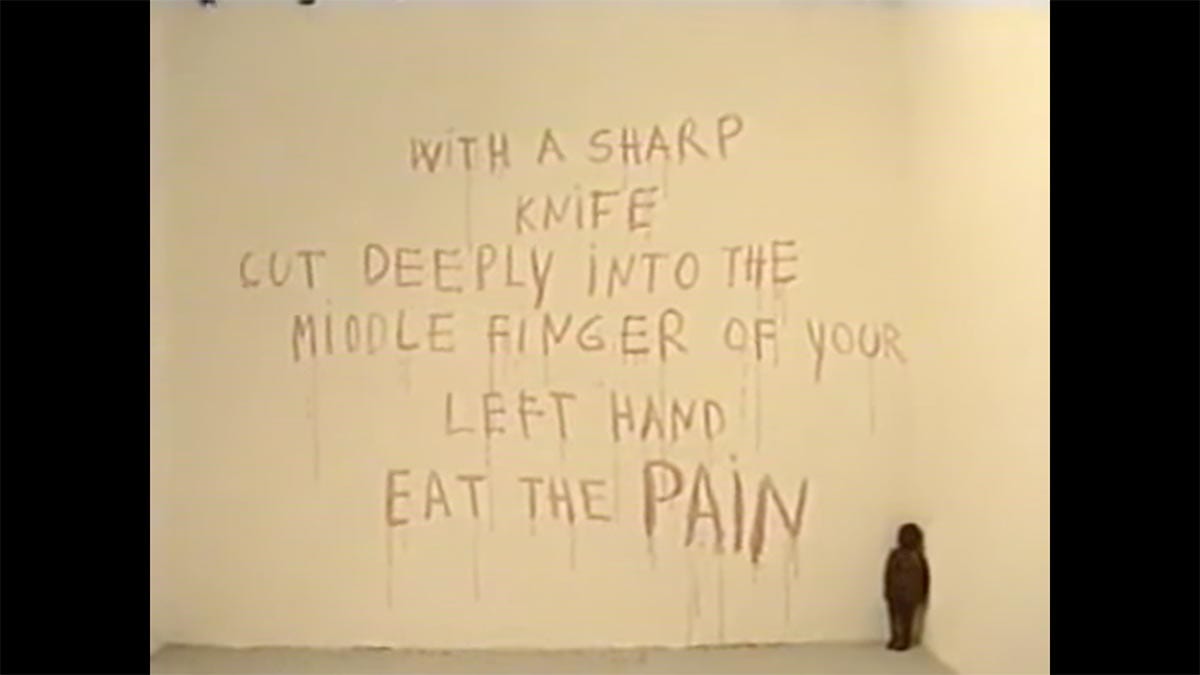 A screenshot of a Spirit Cooking video 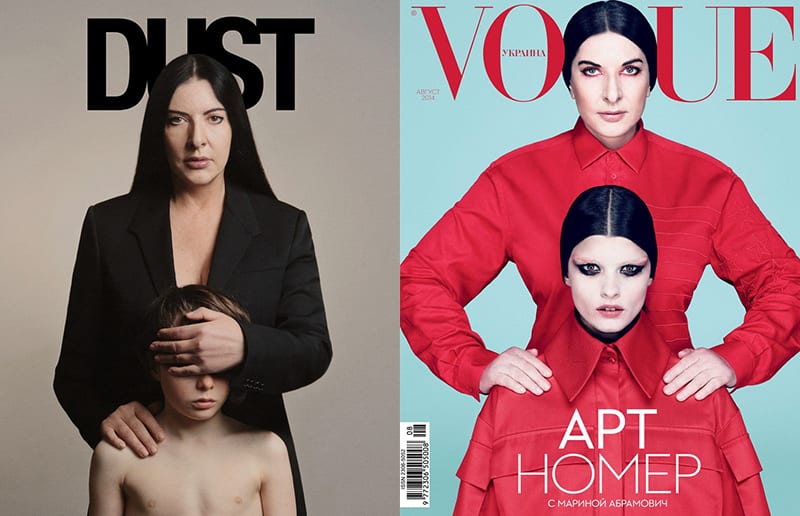 So Allison Mack posted a picture of this person while defending Keith Raniere who is accused of “repeated abuse” on girls as young as 12 years old. And there are more disturbing connections.

Allison Mack is prominently featured on the site Keith Raniere Conversations where’s she presented as the “top trainer” of Raniere’s private art academy. At the bottom of that page is a link to In Lak’ Ech – a Mexican “movement” part of Raniere’s tentacular organization.  In Lak’ Ech’s website says:

We are looking for men and women committed to Mexico who want to take action and join this initiative.

Not unlike NXVIM, this “movement” is more likely pure BS used for sinister purposes. For proof, just look at the logo:

You decide if the logo of this organization — launched by a known child abuser — is the product of coincidence.

Mack is Close to the Heirs of the Elite Bronfman Family

NXVIM is mainly funded by the Bronfman family fortune. As stated in the NXIVM article:

“Sara and Clare Bronfman are the daughters of elite billionaire Edgar Bronfman Sr. who was the chairman of Seagram (once the largest distiller of alcoholic beverages in the world), President of the World Jewish Congress, and a prominent member of the Bilderberg group. They are the heiresses of a global empire that is still extremely influential in the world today.”

Mack often mentions and retweets Sara Bronfman. They are both at the top of NXVIM’s pyramid. While being slaves themselves.

Since the arrests of Raniere and Mack, Sara Bronfman has reportedly taken over NXVIM and is at the command the remaining slaves at the Mexican compound. Allison Mack is now out on a $5 million bail. Probably funded by Bronfman money.

It doesn’t take much research to connect the dots linking the occult elite with its nefarious activities. The facts and the symbols are all there, staring right in our faces. While NXVIM is apparently going down, there are much larger organizations operating on a much wider scale. It is time to shed a light on them as well.