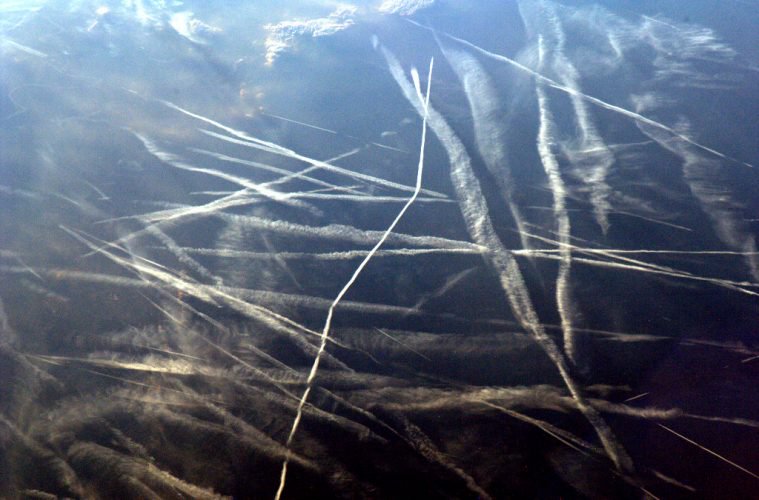 Harvard Professor: ‘Geoengineering Could Kill Tens of Thousands of People a Year’

Remember, don’t panic! These are issues we have to approach from a place of peace. Responding with fear and worry is completely useless.

Yes, it’s a major issue, but issues are transformed in a number of ways. It’s not all “doom and gloom,” it’s not all dark, there are wonderful things happening on this planet, and positive forces at work to help activists all around the world.

We are no doubt living in exciting times, so don’t let something like this get you down! Rise up, overcome the fear and sadness you feel and transform that energy into a positive force. When you do that, you help change the world.

What is geoengineering? It’s the large scale intervention and manipulation of the global climate system through various means, the most popular seems to be spraying reflective substances into the air via aircraft or balloons in order to reflect the sunlight back into space. 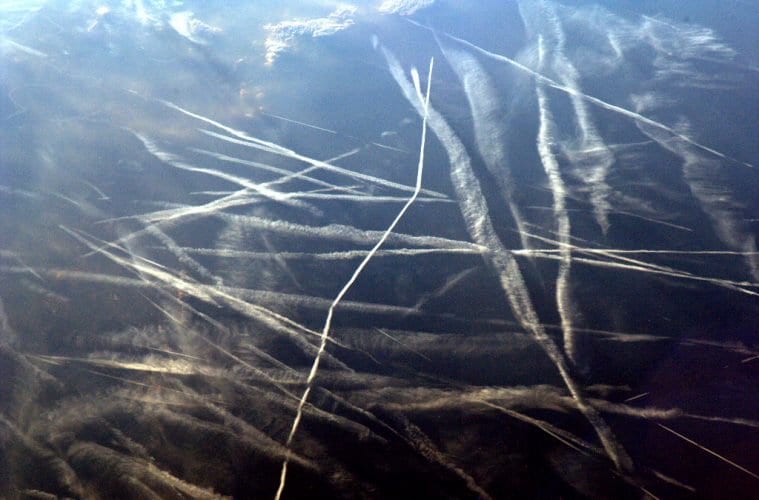 Within the past few years, multiple academic institutions have initiated geo-engineering research departments. Harvard University, for example, recently created one. There is also the SPICE project (Stratospheric Particle Injection for Climate Engineering).

SPICE is a United Kingdom government funded geoengineering research project that collaborates with the university of Oxford, Cambridge, Edinburgh and Bristol to further examine the idea of Solar Radiation Management (SRM).

I recently published an article about a conference held at Harvard on the topic,  where they issued this report that elaborates on what these programs will take, their potential implications, feasibility and more. You can watch some of the speakers at the conference here.

The discrepancy when it comes to geo-engineering comes from the idea that they’re grouped into the word chemtrails. Chemtrails is a term used to describe what several people have been seeing in the skies for years; a path of chemicals being sprayed by airplanes all over North America.

Some argue that they are simply contrails from the engines of the plane, but multiple sources say otherwise, and for them to completely cover the sky over the period of the day and never disappear, has also raised suspicion among those who are paying attention.

Nevertheless, a paper from Dr. Rose Cairns, PhD., who belongs to the University of Leeds School of Earth and Environment, published in the peer-reviewed Geophysical Journal titled “Climates of suspicion: ‘chemtrail’ conspiracy narratives and the international politics of geoengineering” describes developments in mainstream academic and political discourse regarding geoengineering, and how climate modification, also being discussed by the citizens of the world (who use the term “chemtrails”), is having devastating ecological and health effects worldwide.

According to her paper:

“Understanding the emerging politics of geoengineering, and taking seriously claims regarding the importance of public participation, requires an understanding of the whole discursive landscape around ideas of global climate control – including marginal ideas such as those held by chemtrail activists.

“Ignoring or dismissing these discourses out of hand as pathological or paranoid is to ignore potentially revealing insights about the emerging politics of geoengineering.” (source)

“This analysis suggests a number of ways in which the chemtrail narrative may contain important insights and implications for the emerging politics of geoengineering that cannot be dismissed out of hand as ‘paranoid’ or ‘pathological’.” (source)

This may be why so many people over the years, even many celebrities like Prince, are speaking about chemtrails is because there is ample evidence to suggest that these programs are already operational.

“In recent years there has been a decline in the support for weather modification research, and a tendency to move directly into operational projects.” – World Meteorological Association

David W. Keith is one of the scientists involved in this initiative, and has been for a long time. He’s a professor of Applied Physics for the Paulson School of Engineering and Applied Sciences (SEAS). He’s also a professor at Harvard university, and chairman of Carbon Engineering.

His research, which is also cited in the Harvard report above, includes a lot of work on climate-related technology assessment and policy. When asked about the spraying of these heavy metals into the atmosphere, of which millions of tonnes would have to be used, he said this:

“You may end up killing many tens of thousands of people a year as a direct results of that decision.”

Sources: Collective-evolution.com; YouTube.com
Psycho Electronic Weapons And Remote Mind Control Previous post
The Rules of the Illuminati — How They Operate & How to Stop Them Next post