On the same day that the leaders of North and South Korea met and agreed to a historic peace deal, the five largest defense contractors in the U.S. lost more than $10 billion in value.

North and South Korea reached a historic peace deal this week, and as the leaders from the two nations met in person for the first time and agreed to pursue an end to the Korean War, it signaled an incredible breakthrough in diplomacy and sent the stocks of defense contractors in the United States crashing.

When North Korea’s Kim Jong-un shook hands with South Korea’s Moon Jae-in for the first time on Friday, they put thousands of people both at home and around the world at ease, as they agreed to a peace deal that has the power to break the tension that has been between the two countries for decades.

However, while peace may seem like the best possible outcome to the average person who is aware of how the ongoing war has hurt both North and South Korea over the years, it is a resolution that hurts the United States military-industrial complex, as can be seen by the results from stocks following the meeting.

On Friday alone, the five largest defense contractors in the U.S. lost more than $10 billion in value. 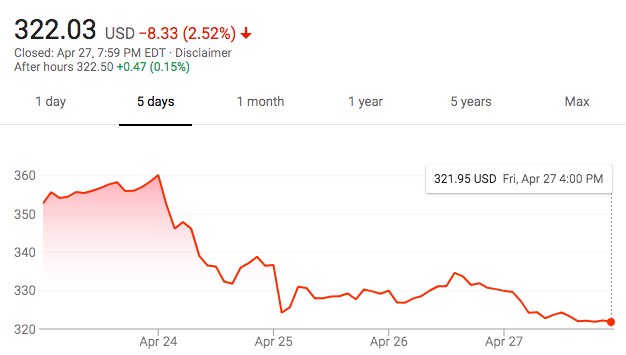 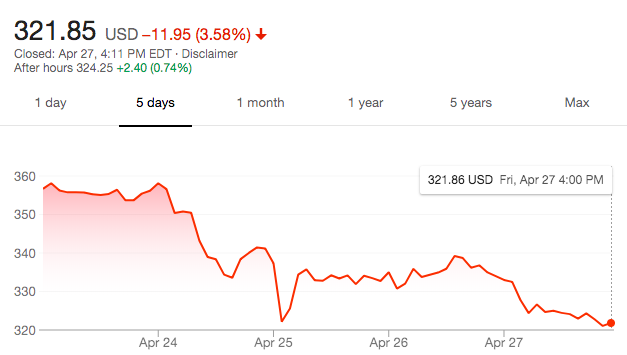 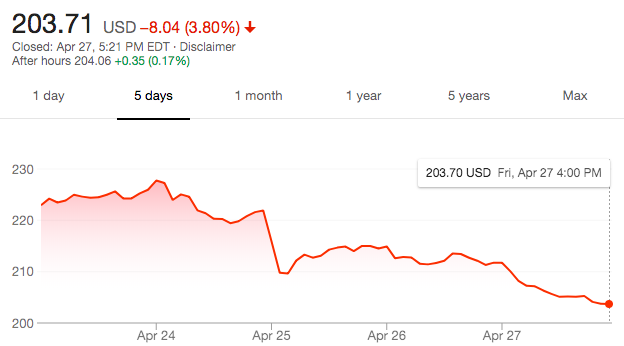 Less than a month ago, I was telling you that Raytheon’s Value Increased by $1.5 Billions After Bombing Syria — Trump Owns/ed Stock in the Company. 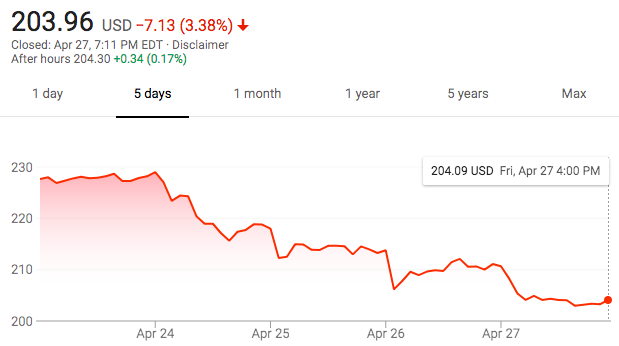 Boeing (BA) lost less than 1 percent of its stock, ending the week with an evaluation of $200 billion.

But the industry is so volatile that while a peaceful meeting between two leaders can send its stocks crashing, threats and angry Tweets from another leader can cause its stocks to soar.

President Trump vowed to meet North Korea with “fire and fury like the world has never seen” in August 2017, and as The Free Thought Project reported, the stocks of weapons manufacturers and defense contractors increased significantly in response:

“Fear has infected the planet — so the fraught business of national defense is booming.‘

“The level of dialogue around missile defense is now at the prime minister and minister of defense level,’ vice president of Lockheed’s Air and Missile Defense business, Tom Cahill, noted in an interview with Reuters, which added, ‘Some countries are putting missile defense at the top of their list of desired capabilities, Cahill said.

“Interest has increased over the last 12 to 18 months, as have threats, he said. Shares of Lockheed are up nearly 8 percent, to $300.10, since North Korea’s first long-range missile test on July 4. The stock is up 20 percent year-to-date.’

“Of course, that was yesterday. Today, Lockheed Martin stocks continue to rise — just prior to publication, stocks hovered around $305 per share — and show no indications of falling to levels typical of a less charged global atmosphere.”

The United State government accounted for around 70 percent of Lockheed Martin’s revenue in 2016, and when the Trump Administration began threatening to launch a full-scale war against North Korea, the company’s shares skyrocketed by 8 percent, marking a 20 percent increase in Lockheed Martin’s stock in the first 8 months of the year.

Now that lasting peace could be on the horizon between North and Korea and stocks are dropping, it raises questions about how defense contractors in the U.S. will recover.

If there is no bear to poke and no war to threaten in North Korea, will the U.S. increase tensions in Syria, at the risk of provoking Russia?

Or will it resume its propaganda campaign against Iran in an attempt to convince Americans that the country is in desperate need of “freedom and democracy,” when in reality the military-industrial complex is in dire need of high stocks and successful profits?