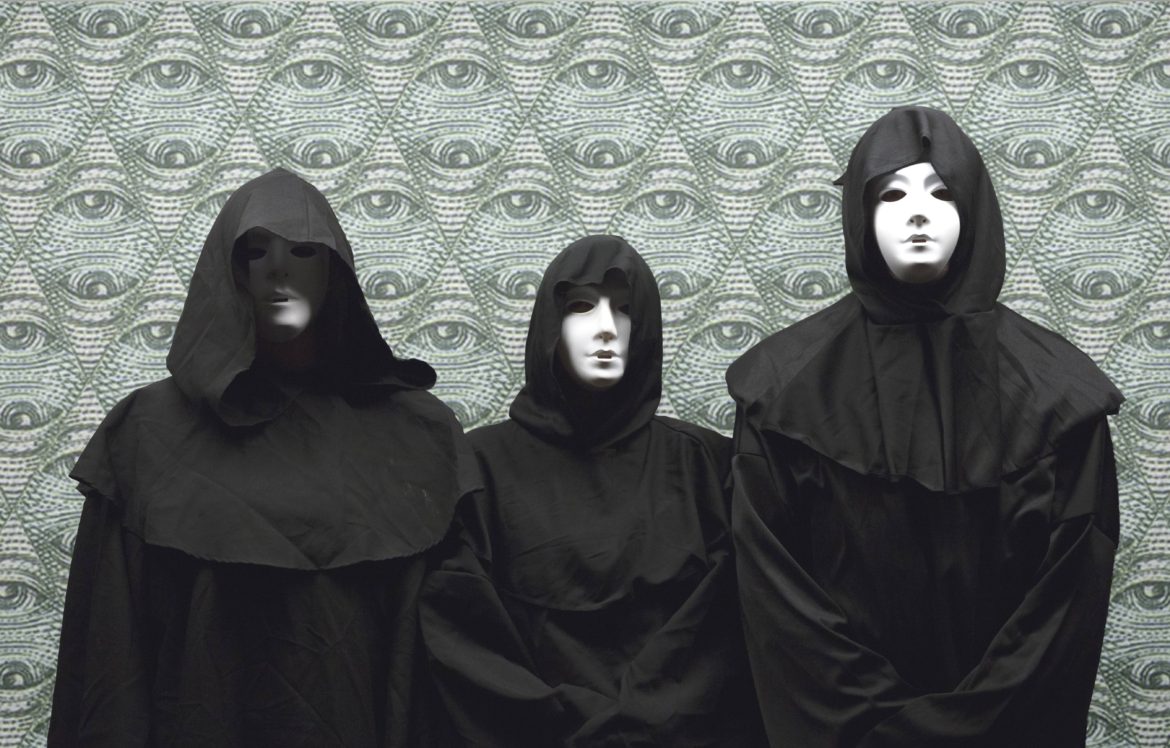 Here’s How YOU Can Undermine the ‘Evil Cabal’

Over the years, the description of the tyrants and psychopaths that so often occupy positions of power in our world has evolved, and today it is fashionable to refer to this nebulous group by using the term ‘Evil Cabal.’

Language is perhaps the most important device we have for creating reality, and just as George Orwell knew, the more linguistically vague, simplistic, ambiguous and nondescript the language, the more room there is to shape perception.

This is called Newspeak, and in the case of the ‘Evil Cabal,’ the term fails to fully describe our complex world, but succeeds tremendously in maintaining the prison of fear that actually inhibits freedom.

In a catch-all phrase like ‘Evil Cabal,’ there really is little substance in the language to inspire meaningful action or reaction. In fact, the opposite is true. By generalizing the widespread depravity in the world with such a vague yet loaded term, the result can only be fear and inaction. 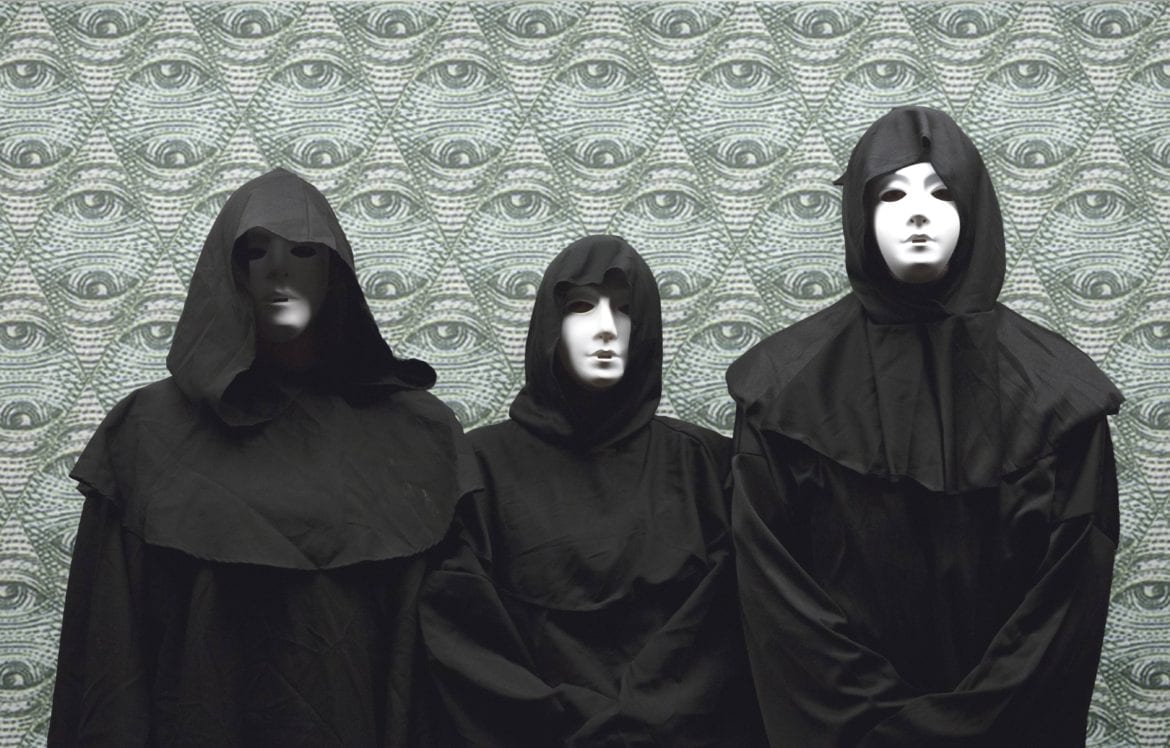 But, just for rhetorical purposes, let’s suppose for a moment that the world’s troubles can indeed be wholly attributed to a singular, top-down, all-knowing, all-controlling evil cabal that has its wicked tentacles inserted into every facet of our lives.

Let’s imagine that every bit of the injustice and calamity we see is intentionally orchestrated and narrated by an untouchable group of all-mighty criminals.

If this is in fact the case, one very serious question emerges: What exactly are YOU going to do about it?

My thoughts on this are expressed below, and are derived from two decades of peering deeply into the abyss of conspiracy fact and alternative history.

I’ve learned in time that such intense and singular focus on conspiracy and international wickedness is corrosive to the soul, inviting acrimony and triggering impotency into what should be the blessed, joyful gift of a life well lived.

How YOU Can Undermine the Evil Cabal

Firstly, understand that systems of political and economic control are actually more heavily dependent on the acquiescence, cooperation, and participation of many millions of people.

They are much less dependent on brute force, even though the perception is that brute force controls everything. This notion is accurately presented by Larken Rose in his short animated presentation, The Tiny Dot. The acquiescent masses vastly outnumber any evildoers.

It is imperative to also understand that the world is heavily influenced by the management of public perception, and that holding onto a chiefly negative and fearful worldview severely limits your potential to create and experience the world in which you actually wish to see materialize.

Furthermore, you must recognize that taking it upon yourself to assemble and collate every possible fact and insight into every conspiracy and every nasty event is self-destructive. That is, by becoming a library of terrible truths, you are willfully imposing upon yourself a subtle but powerful form of mental slavery.

The tendency to want to convince and awaken every person you meet to your point-of-view is ultimately caustic to personal relationships and can quickly lead to isolation.

Take notice of the fact that individual isolation is exceptionally beneficial to any controlling power in our world, and therefore, it is imperative to connect with others and allow them to express their own personal truths without sparking your judgement and condemnation.

So many of us today adhere to a destructive worldview, and to counter this, it is critical to set an example for others in your life by living in such a way as to inspire a love for freedom, independence and individuality. This is done, first and foremost, by giving freedom to others. Allow people the privilege to walk their own path and think their own thoughts.

Moreover, to undermine a cabal that primarily rules by psychological control, it is essential to recognize that all humans have a tendency to want to control things, and that as human beings we all share similar shadow traits.

The desire to control others, and even to control nature, is evident at every level of society, meaning we are all inherently capable of extraordinary evil and cruelty. It is your duty and priority to recognize this and to manage this tendency within yourself and only yourself.

Also, remember that energy goes where attention flows. If you are totally consumed with the wicked deeds of the evil cabal, as so many otherwise righteous people are, you are inadvertently giving away your personal power and energy, thus contributing to their ability to control people with fear.

When you are engaged in an endless and all too often speculative discussion about the evil deeds of others, you are engaged in a form of worship that puts one in a state of continually imagining the uninhibited power of some other mysterious and unnamable other. This makes their power much more real than it may actually be.

Stop worshiping psychopaths and evil people by giving them so much of your attention, because exposing corruption alone is not enough to create a better world. In order to see positive change we have to shift our attention to those ideas and people who are contributing to the healing of the earth and its people.

Additionally, recognize that in today’s media landscape, even those who may seem to have your best interest at heart often profit wildly from perpetuating fear and despair. We live in a viral information culture where buzzwords, distortions, and over-simplifications get clicks and earn advertising dollars.

There is an enormous profit motive in keeping people teetering on the margin of despondency and hope. We’ve built an entire economy out of fear, and it’s up to you to break this cycle and smash this paradigm. You can do so by checking in with your heart and asking if the information you’re consuming is inspired by fear or by love.

Finally, use the freedom you still have. Use it right now to become the person you are supposed to be. Follow your heart and find your place, wherever it may be. If you are interested in politics or otherwise directly confronting injustice and corruption in the system, throw yourself wholly into this effort, with heart.

However, if your calling is beneficial in any other way, do not diminish the positive effect that you can have on the world by simply being a force of good, big or small. If all you have to offer at this moment is a smile, use it generously.

Ultimately, there are many ways to resist evil, and as George Herbert wrote, ‘the best revenge is living well.’ Heal yourself and become an agent of joy. Whether there is, or is not, a round-table evil cabal of untouchables is ultimately irrelevant to how you live your life right now. Get on with the business of living well.