It’s truly mind-altering to contemplate history, I usually start with the fact that most of our recorded history remains in secrecy. The US Government alone, according to some historians, classifies approximately 500 million pages of documents every single year.

How can a researcher, historian, or anybody who is interested in diving into the archives of US history, for example, expect to find anything of any real substance that actually pertains to the truth?

History is written by the victors, and most major historical events are full of information and facts that don’t really show up in our secondary and post-secondary ‘educational’ textbooks.

These days, no matter how much evidence and fact support a topic, if that topic and information simply defies beliefs, or offends current upheld belief systems (many of which are based on lies), then it is rejected.

We see this in all disciplines today, a great example would be the connection between consciousness and our physical material world, as demonstrated numerous times repeatedly by quantum physics.

Despite the fact that we are told these rules only apply at the quantum level, there are several examples which show that, no, they can be applied at the classical level as well.

Cases of mind influencing matter have been reported throughout history and across many cultures, more specifically in regard to ‘supernormal’ abilities which include telepathy, psychokinesis, and other phenomena that lie within the realms of parapsychology.

This is evident in ancient literature, from the Vedic texts and the yoga sutras to Jesus, Moses, Milarepa, Mohammed and more. It’s also evident via declassified CIA documents, some of which you can access here.

What is going on here? Just as there is a scientific blackout in many cases, we also have historical blackouts and a modern-day blackout of information and discoveries that are made by the black budget world. A 1997 US Senate report described them as “so sensitive that they are exempt from standard reporting requirements to the Congress.”

Yet we still reject these blackouts and historical facts are no different. What about the Giants of North America? Have discoveries been ‘covered-up’ simply because they don’t fit the framework of accepted knowledge?

It sure seems that way, especially because you won’t see any mention of giants in our textbooks. Perhaps that’s because they don’t fit in with the supposed theory of evolution? Is this information just too paradigm shifting? Where what we once thought we knew, is not true anymore? Kind of like another, ‘the Earth is not flat’ type of moment…

Giants are found within the lore of multiple cultures, from the indigenous to the ancient past, but bones have also been discovered on numerous occasions.

“It calls up the indefinite past. When Columbus first sought this continent—when Christ suffered on the cross — when Moses led Israel through the Red-Sea — nay, even, when Adam first came from the hand of his Maker — then as now, Niagara was roaring here. The eyes of that species of extinct giants, whose bones fill the mounds of America, have gazed on Niagara, as ours do now.” – Lincoln

A discovery was made in 1883 when the Smithsonian (the United States government/military-led organization) dispatched a team of archaeologists to the South Charleston Mound. The report indicates that the team uncovered numerous giant skeletons ranging from 7 to 9 feet tall. They were decorated with heavy copper bracelets and other religious/cultural items. The report also mentioned that some of them had a skull that was of  “the compressed or flat-head type.” This would resemble similar skeletal characteristics to those found in South America and Egypt. (source)

Going back further still, in 1774 settlers found what they called “The Giant Town,” which housed several gigantic skeletons, one being an eight-foot-tall male. (source)

You can read more about that in the articles we’ve written previously about the subject, and see some examples. From New York Times articles and more, the evidence of giants is great.

Another interesting topic I recently came across, was, just like Pyramids, and many other ‘wonders’ of the world built with remarkable mathematical precision and synchronicities, are the ancient structures in North America that’s been completely ignored by mainstream history.

Jim Vieira is a stonemason, writer, and star of History Channel’s Search for the Lost Giants had his TED talk banned. The banned TED talks are always the most fascinating, my favorite from Russel Targ, who was a physicist contracted by the CIA to create the STARGATE project, a program investigating parapsychological phenomena, where he shared everything he knows about ESP. It was banned simply because it was too controversial, similar to Vieira’s talk as well.

In one of Jim’s talks, he describes a structure, one of many which have apparently been found all over America, that goes to show just how interesting and mysterious, and advanced these beings are. It’s one of many pieces of the puzzle showing that extremely advanced, highly intelligent ancient civilizations once roamed the Earth, and many of them have been completely blacked out from history.

Perhaps the ‘history makers’ wrote their own version and decided to cut out information that wouldn’t fit in with their plan to control the narrative of what is and what was.

In it, he describes “ceremonial” stone-works that have been found in New-England, these structures have been carbon dated, according to the talk, to thousands of years old, every single one of them, “but there’s a historical blackout,” according to Vieira, especially in New England.

He goes on to show a picture of the Goshen Stone chamber, one of the hundreds in New England. What’s remarkable about these structures is that the majority of them are oriented to the equinox sunrise or winter solstice sunrise.

Below is a picture he took on March 12th from the chamber: 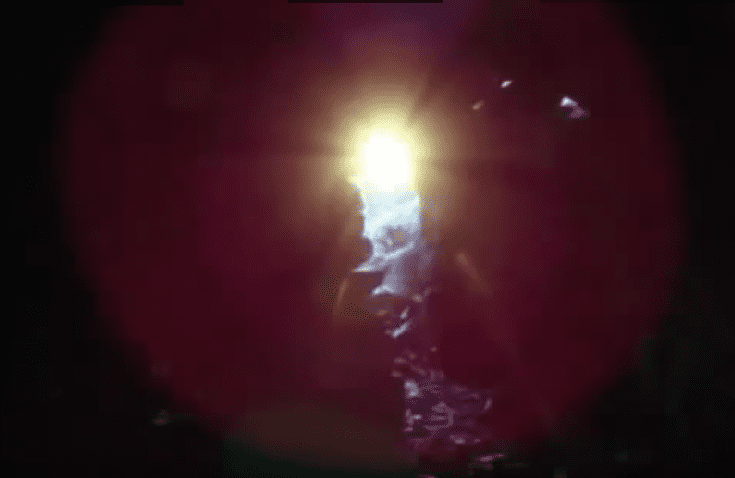 He then goes on to say, “we are told that these are colonial root sellers.”  This one has a 10-tonne sailing, and as a stone mason, he explains how the structure itself is quite a feet, which is why he has a suspicion that they might have been built by the giants which exist in ancient lore.

Another interesting shot from the talk, this particular structure (Goshen Stone) has a stone line shaft created in the chamber which allows the Equinox sunset to come through twice a year, only on those days.

Again, he also cites lab work done which sites carbon date reading of thousands of years old. So that would completely shatter the current mainstream accepted explanation, that these are simply colonial root sellers… How crazy is that? 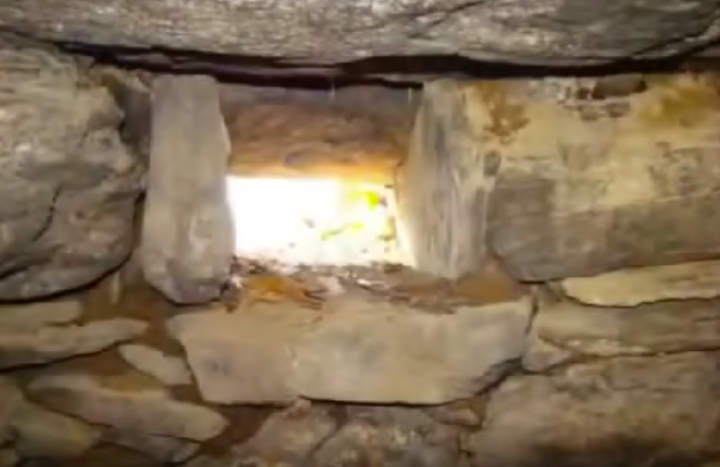 The Ancients Obsession With Astrology

The evidence for intelligent ancient civilizations that have been left out of the historical record is grand, but even the ones that have not been left out show a tremendous knowledge of astrology, planets, and facts about the cosmos that we didn’t discover ourselves till only a few decades ago, like the existence of Pluto, for example.

From the indigenous all the way to ancient Sumeria, astrology has obviously played a huge key role among these societies and was extremely relevant, yet today, this topic and its importance are brushed off as pseudoscience. I personally have no doubt the movement of the cosmos and the way it affects human consciousness is something real, yet perhaps not well understood, but it’s making a comeback.

There is a lot of validity behind such concepts and beliefs, but they are brushed off today simply because we’ve been trained to believe that this type of thing is bogus, when really, it’s far from it and once understood it could be of tremendous use to humanity, especially for goodwill.