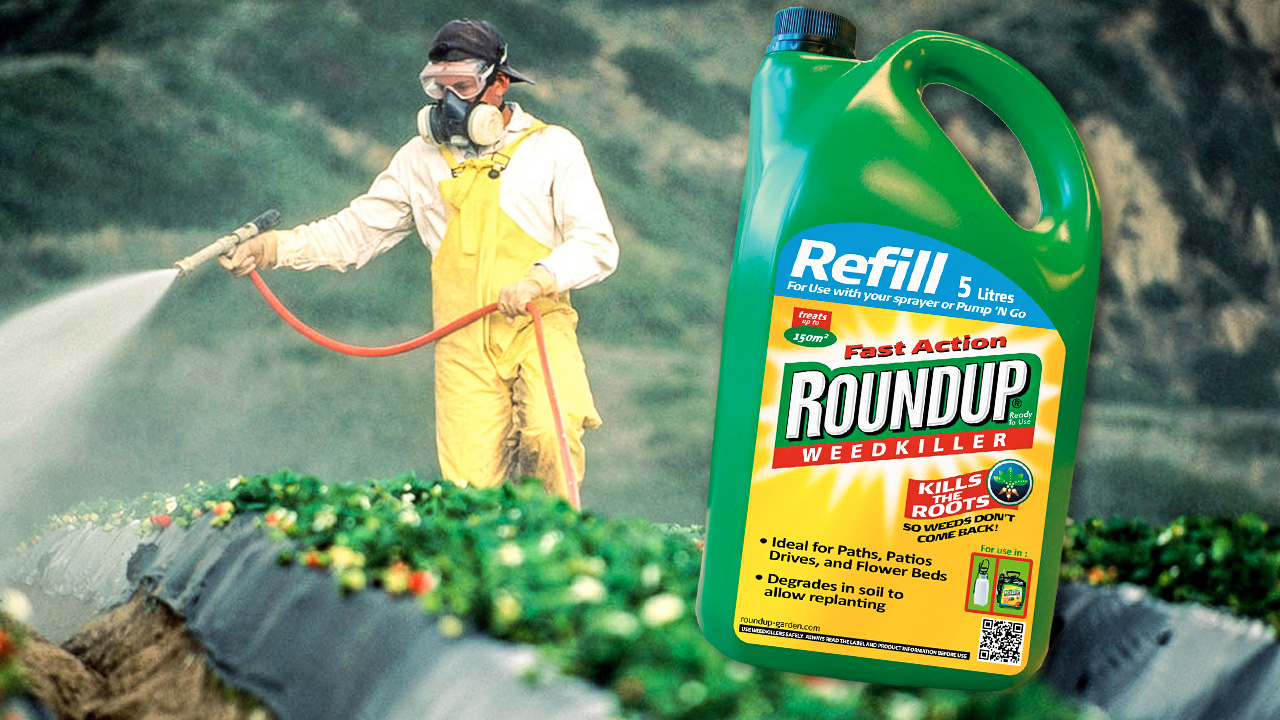 The Dangers of Glyphosate (RoundUp) Based on Recent Research

Glyphosate is known as an active ingredient in the world. RoundUp is a popular weed killer and it is used by homeowners and farmers in lawns, fields and gardens.

Some recent studies have shown a link between Roundup and serious health problems. In this article, we want to take a look at the dangers of Glyphosate (RoundUp) based on recent research.

The Dangers Of Glyphosate (RoundUp) Based On Recent Research: 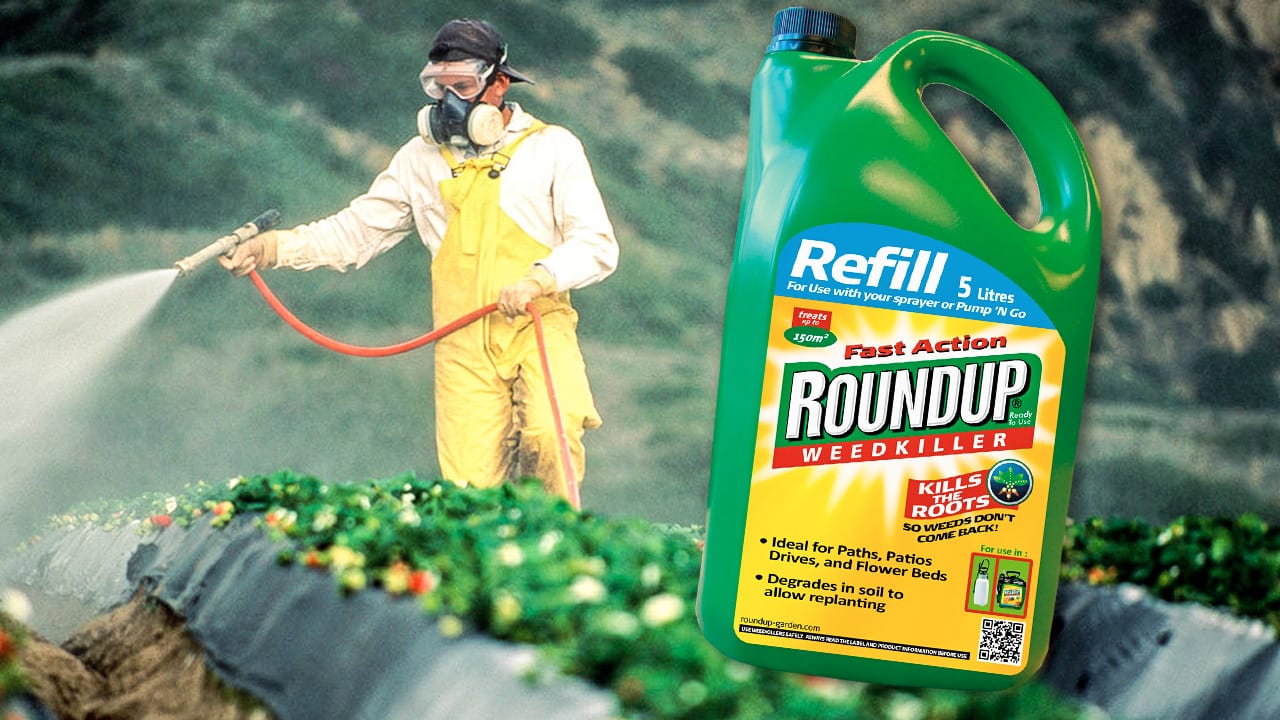 There are many studies that research into the negative effects of Glyphosate (Roundup) on animal and human health.

And, in this article, Healthy Guide will show you some of the dangers of glyphosate (Roundup) on health according to some recent studies. So, if you are concerning about this topic, keep both of your eyes on this informative article for good.

1. What Is Glyphosate (RoundUp)?

RoundUp is a popular weed killer or herbicide and was first introduced in 1974. This herbicide is commonly used in agriculture. Besides, it is also used by the cities, forestry industry and private homeowners. The main ingredient of Roundup is glyphosate, which is a substance with a molecular structure as same as the amino acid glycine.

RoundUp is known as a non-selective herbicide, so it can kill most of the plants that it comes in contact with. It kills off plants by inhibiting the metabolic pathway, which is important for plants as well as some microorganisms. And, the human digestive system also contains microorganisms that can use this pathway.

Some studies show that the main ingredient of Roundup, glyphosate, can increase the risk of many health problems.

Apart from glyphosate, Roundup contains many other ingredients and they may be kept secret. Some studies have shown that Roundup is more harmful to human cells than glyphosate. Therefore, studies that show the safety of glyphosate will not apply to the Roundup mixture.

2. Roundup May Cause Cancer

In 2015, the WHO (World Health Organization) declared glyphosate as a possibly carcinogenic compound to humans. This means that this compound can contribute the higher risk of cancer.

The conclusion is based on the result of animal studies, observational studies, as well as test tube studies. While rat and mice studies show the link between glyphosate to tumors, there is little human evidence available.

The studies mainly include farmers and other people who often work with glyphosate. Some of these studies link glyphosate to non-Hodgkin lymphoma, which is a kind of cancer originating in white blood cells, which are a part of the body’s immunity.

There are many different types of microorganisms in the gut, and most of them are friendly bacteria, which are very important for human health. According to some studies, Roundup can affect these bacteria in a negative way.

For example, it can block the shikimate pathway that is crucial for both microorganisms and plants. According to animal studies, the compound glyphosate could disrupt healthy gut bacteria while harmful bacteria may be resistant to glyphosate.

On the Internet, an article revealed that the compound glyphosate in Roundup is responsible for the increased gluten sensitivity as well as celiac disease in the world and this article received very great attention. However, this needs more evidence before making any conclusions.

4. Other Negative Effects Of RoundUp On Health

Many reviews show the negative health effects of Roundup and other glyphosate- containing products, but they report some conflicting findings.

For instance, farmers and those who often come in contact with these products may be at the highest risk of getting these adverse effects. The residues of glyphosate have been found in the urine and blood of farmers, especially those who did not use gloves.

Another study induced on farmers using glyphosate-containing products even reported health issues with pregnancy. Another research has shown that glyphosate may partly contribute to a chronic kidney disease in farmers in Sri Lanka.

Also, remember that researches on farmers who often work with the glyphosate-containing products may not apply to those who get this compound in trace amounts from foods. 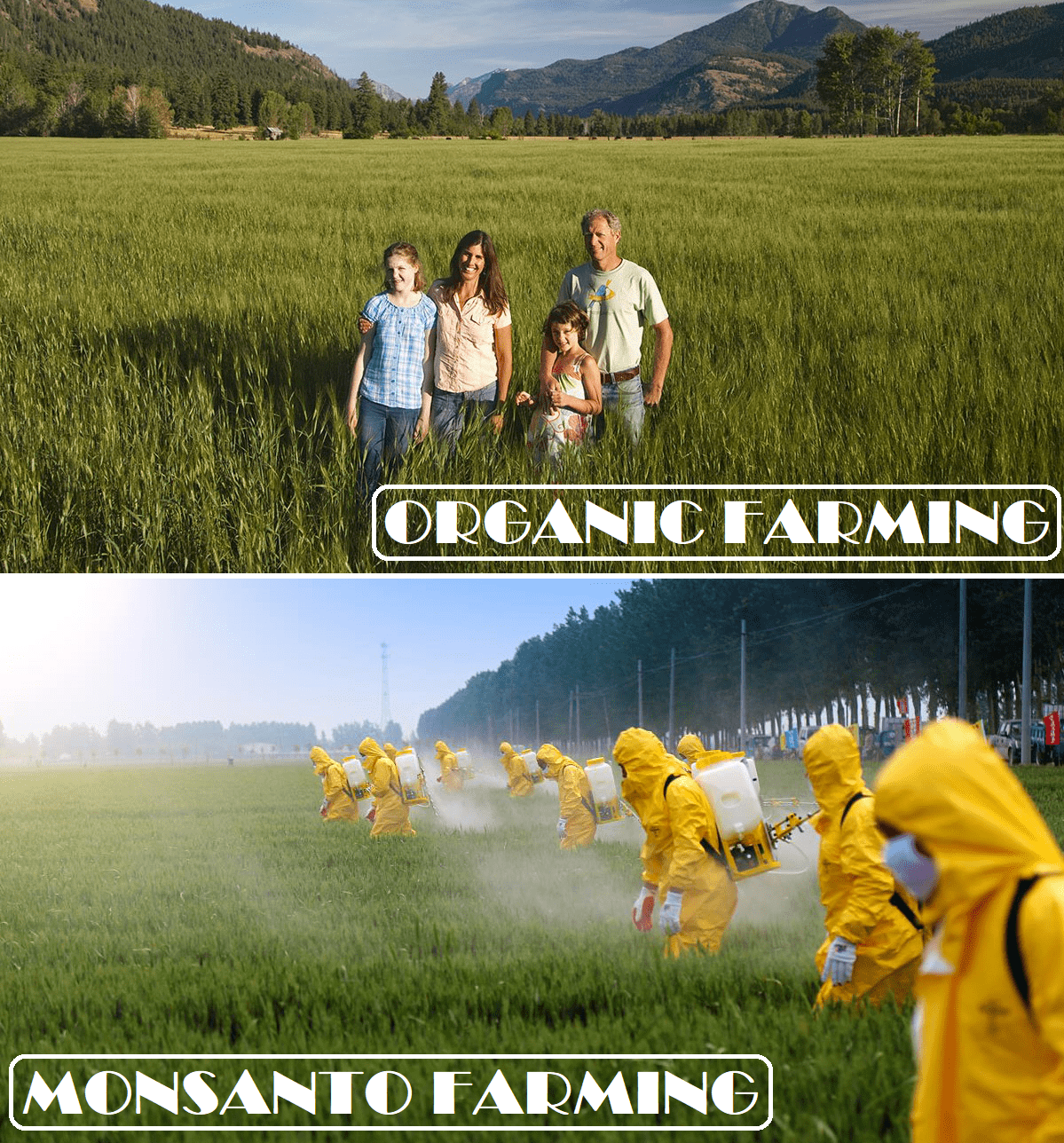 They have also found some health problems that may cause due to the exposure to Roundup:

• ADHD: Roundup exposure may be linked with attention deficit disorder because the capacity of glyphosate can disrupt thyroid hormone functions.

•  Birth defects: Roundup can disrupt the signaling pathway of vitamin A, which is important for normal fetal development. Pregnant women who work with Roundup are at higher risks of having birth defects.

•  Chronic kidney disease: The use of glyphosate may be responsible for the kidney failure among farmers in Central America, India and Sri Lanka.

•  Depression: Glyphosate can disrupt chemical processes and affect the serotonin production. Therefore, it can affect mood, sleep and appetite.

•  Colitis: The toxicity of glyphosate can suppress clostridia, making it a factor for the clostridia overgrowth and the appearance of colitis.

•  Heart disease: Glyphosate can affect the body’s enzymes, hence leading to lysosomal dysfunction, which is a main factor in heart failure and cardiovascular disease.

• Inflammatory bowl disease: Glyphosate can cause some tryptophan deficiencies, which can cause an inflammatory bowel disease that affects the ability of absorbing nutrients through the gut.

•  Obesity: Since glyphosate causes an increase in gut bacteria, the exposure of glyphosate may cause obesity in this way.

•  Pregnancy problems such as miscarriages, infertility, stillbirths: Glyphosate may be harmful to the placental cells. This is responsible for the pregnancy problems of pregnant women exposed to the Roundup.

•  Autism: Glyphosate has some biological effects on pathologies linked with autism. Besides, the capacity of glyphosate can promote aluminum buildup in the brain, making it a main cause of autism.

There are some side effects of glyphosate that you should take notice. If you have had exposure to Roundup in your home or at work, and experience any of the following symptoms, you should contact your doctor:

A recent study revealed that all 10 samples of genetically modified soy examined had high levels of residues of glyphosate. On the other hand, organically grown soybean samples did not have any glyphosate residues.

Besides, many species of weed are resistant to glyphosate, which causes more Roundup to be sprayed on products. The direct contact with glyphosate (Roundup) can cause some health problems, including a cancer named non-Hodgkin lymphoma.

After reading this article, we hope that you know the potential dangers of glyphosate (Roundup) on health. Although there are debates about the negative effects of glyphosate use on human health, it is very important to be careful when you contact with the glyphosate-containing products.

About the author: Writer and Blogger, who has more than 6 years of experience in the industry of Health and Skincare. I work for Healthy Guide — reliable resources that help readers solve all their health, beauty concerning, and many other issues in life. I also focus on nutrition, relationship, fitness, lifestyle, men and women’s issues. Find more of my articles on Facebook.

50 Years After RFK Was Killed, Here Are 5 Reasons Why His Own Son Doesn’t Believe the Official Story Previous post
The Man Who Blew the Lid Off Area 51 in the 1970’s Has Gained A LOT More Credibility Next post