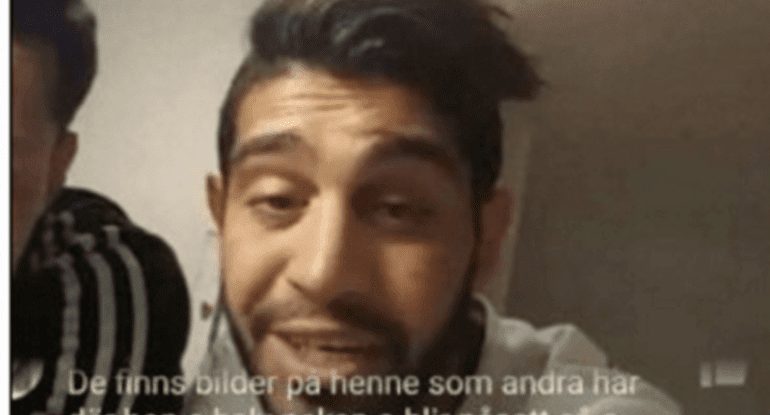 Welcome to our brave new digital world in which raping women is all fun and games!

Police are reportedly investigating the suspected gang rape of a woman after the attack was live-streamed on Facebook.

An online witness said the victim had her clothes pulled off by armed men and was sexually assaulted before cops arrived and turned off the camera.

According to Swedish tabloid Aftonbladet, three people have been arrested after the alleged attack was broadcast in a closed Facebook group last night. 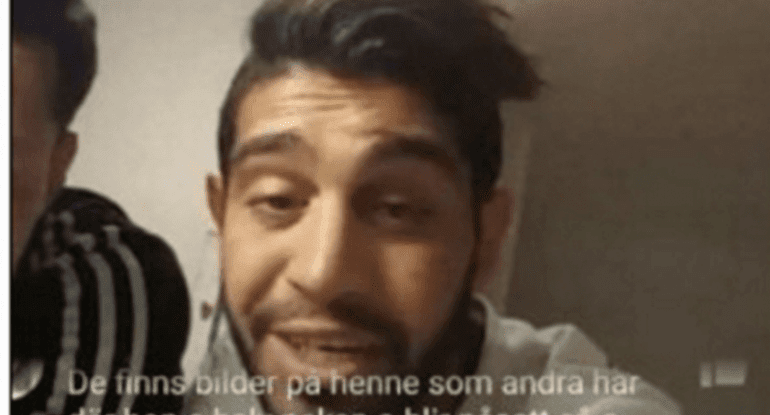 Dutch website De Dagelijkse Standaard (of which I’m editor-in-chief) adds that the three suspects have been identified.

It must come as a shock to all those who worship at the altar of political correctness and multiculturalism, but the rapists are, wait for it, all immigrants.

In this screenshot of the gang rape, you can see two of the three suspects in action: 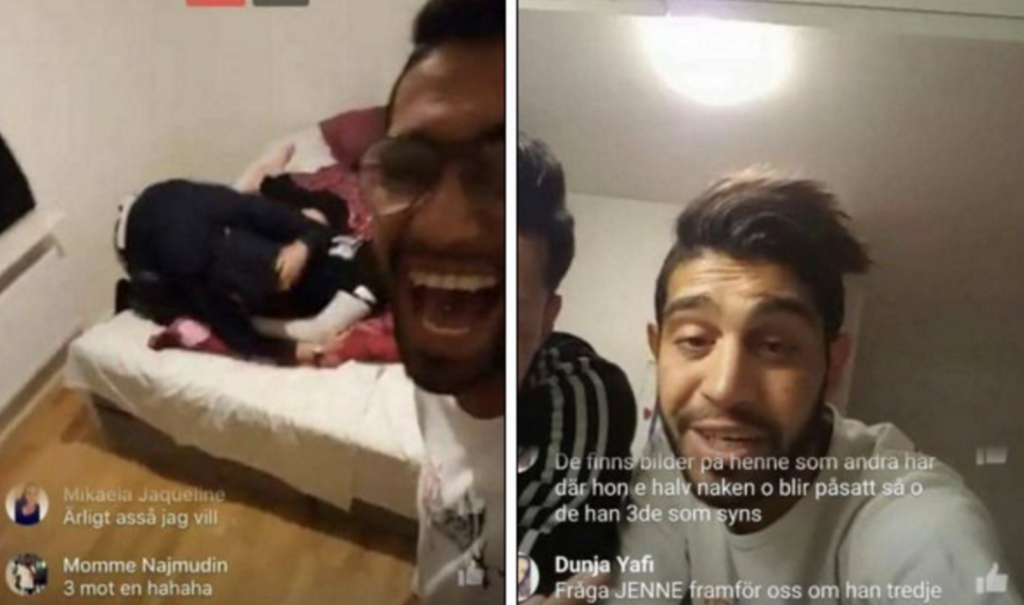 The first suspect’s name is Emillem ‘Lemon’ Khodagholi. Khodagholi was on probation for a variety of crimes (theft, assault, drugs crimes, and death threats) when he participated in this horrendous crime.

Shortly before he and his friends raped the poor woman at the point of a gun, Khodagholi announced his plans to his followers.

“Listen, today I will f*ck. I swear it on my mother,” he said, adding that he would cause “a rampage.”

Not long after, he and the other two suspects entered the young woman’s apartment in the city of Uppsala. They raped her for a full three hours.

The entire crime was broadcast live on Facebook. Yesterday, footage was released of Khodagholi bullying his victim when she was calling someone for help. The poor girl was barely conscious, but her rapist couldn’t control himself.

“You got raped. There, we have the answers. You’ve been raped,” he shouted gleefully at her.

He then laughed like a psychopath and continued to make fun of her.

Like his friend Khodagholi, the second suspect is an immigrant and an acquaintance of the Swedish authorities. His name is Maisam Afshar. The identity of the third suspect has not been released yet.

It goes without saying that this horrendous gang rape has caused a major controversy in Sweden and in the rest of Europe. What angers people even more, aside from the nature of the crime itself, is the response of the Swedish mainstream media, which refuses to admit that the rapists are immigrants.

Swedish Woman Against Deportations, Met Two Afghans to Prove People Are Wrong About Migrants — She Was Raped and Abused

Hundreds of people have watched the video and know therefore that the perpetrators have a foreign background.

That’s a fact, but the media won’t mention it. The majority of perpetrators of gang rapes have an immigrant background. This is a well-known fact.

The government has the duty to share all relevant information when a crime is committed. The government denies that there’s a relationship between this sort of crime and immigration, but refuses to even look at the statistics.

If the media and Swedish politicians continue to play this politically correct game, they shouldn’t be surprised when they wake up one day to discover that a populist right-wing party has won the elections.

Fact: From one of the most civilized countries on Earth, Sweden has been turned into the rape capital of Europe.

After the Swedish parliament unanimously decided to change the formerly homogeneous Sweden into a multicultural country, violent crime has increased by 300% and rapes by 1,472%. Sweden is now number two on the list of rape countries, surpassed only by Lesotho in Southern Africa. — Read more on the subject HERE.