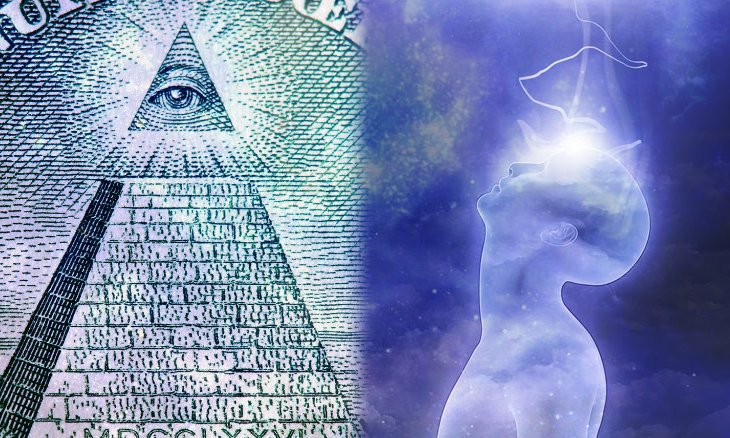 Is it considered ‘not spiritual’ to talk about an elite or cabal running our world?

This has become a commonplace today, and there is a great deal of ridicule that comes when people feel looking at the truth of what is playing out in our world is ‘crazy’ or a ‘negative’ thing to do.

In fact, the ‘negative’ label on conspiracy theories we place is one of the biggest spiritual bypasses we can do. Let’s dive into this. 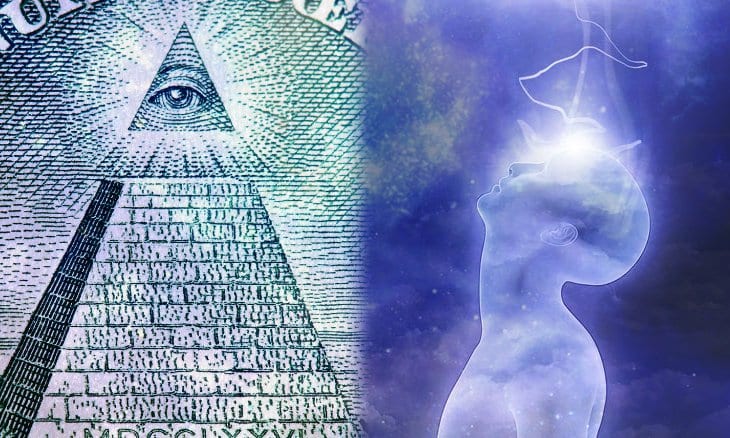 The truth is, understanding the way our world truly functions and consciousness evolution (spirituality) go hand in hand. Why? Because it is all part of life here.

It is not separate! You don’t have spirituality on one side and conspiracies or truth on the other. It’s all interconnected in our life and human experience. And it’s time to bring them together.

This isn’t true 100% of the time of course, but in a lot of cases, we see those in the truth-seeking realm feel consciousness or spirituality is airy fairy and has no place in the big picture and is just a new age distraction.

On the flip side, we see those engaged in spirituality-seeking feel conspiracy/truth-seeking people are crazy and negative. While there is truth to some extent in both cases, there is a lot more to the discussion and a very important purpose for both.

You’ve probably experienced it at some point, it’s believable that GMO’s are unhealthy and corporations are using them to make money in a number of ways but it’s damaging to people and the environment, but yet there is no possible way that’s happening with jjabs… or that 9/11 was an inside job.

Let me be the first to say, there are a number of conspiracy theories that have no backing, no facts, are far-reaching and in many cases don’t even help us along our journey. But this is not the case with many, in fact, the amount of evidence is often staggering and it’s simply that we don’t want to believe it.

I’m writing this because I’m calling for an end of the reduction of conversation to ‘that’s crazy’ ‘that’s fake news’ ‘that’s a conspiracy’ etc. as it does nothing but maintain division, a lack of awareness and a misinformed world that can’t thrive.

Time and time again what is often called ‘conspiracy’ turns out to be true only a few months or a year later. We can end this cycle by learning and choosing to listen instead of dismissing, then checking in with our hearts/souls about what role this is playing in our experience so we can dissolve the need for the cabal.

Why They Go Hand In Hand

Some of us view spirituality as learning techniques to feel good, as ways to cope with life and the challenges we have in our modern world. Some view it as a means to begin to feel better about the prospect of death. Others view it as a way to explore what’s beyond the physical and who we truly are.

From a conspiratorial side, when we’re talking about digging past mainstream media to find out what’s really going on in our world, some view it as a way to disempower the elite that does not have humanities best interests at heart.

Others view it as a way to take back our power. Some see it as a way to uncover the truth of how our world truly works so we can begin to thrive. Some react to these truths with wanting revenge or justice, this is an important thing to note as this is where the spirituality comes in.

So it appears we have ‘two sides’ as we often like to do within ego states of consciousness. But what role does the elite and cabal play in our experience? How has that served to suppress our spirituality and why has it all happened?

The two are intimately connected because part of the game we are playing on earth here is that we have to uncover what has been happening in our reality and remember who we truly are. This is a spiritual journey, that involves understanding the players in the game and the roles they play.

I’ve been running a conscious media and education company for 9.5 years now. Our mission is to bridge the gap between truth-seeking and spirituality via exploring a shift in consciousness taking place on our planet. We understand that both are part of one big picture in life and you can only go so far in each before you MUST bring in the other to deepen your understanding.

During the 9.5 years since I started Collective Evolution, I have seen thousands of people go through various stages of discovering and learning, both in truth-seeking and spirituality, that has sent them on different paths.

Some begin to discover our food system is rigged for a lack of health and they begin eating cleaner. This leads them to understand our entire world is ‘rigged against us’ and suddenly there is a shift in how they see the world. I have seen others attend a yoga class and this begins a journey into connecting with self deeply.

But in both cases, I often see an identity form. The yogi becomes identified as a ‘spiritual person,’ dresses a certain way, talks a certain way and may refuse to look at anything the ‘truth-seekers’ are saying because they don’t want to fall into that crowd.

The truth-seekers are often angry, pissed off at the world, call everyone else sheeple and think the elite need to die in prisons. They might look at the ‘yogi’ or ‘spiritual’ crowd as having fallen into pseudo-scientific new age deception because they look at consciousness and spirituality.

Then there are those who have journeyed beyond that stage and are simply authentic and understand how both ingredients, truth-seeking and spirituality, are one in the same and part of the journey.

They are both a part of this game we call life and if we truly want to evolve, move forward, remove the cabal and so forth, we must see the truth and learn why it was there in the first place for our own evolution in consciousness.

Remember, what the cabal and elite are doing isn’t negative in the big picture scheme of things. To our mind it might be, but not to our souls. This is why you must connect deeply with self to overcome the vengeful hateful view the mind creates when we observe them.

What they are doing simply is. And for our souls, it is the journey we asked for to challenge ourselves to remember who we truly are in a very disconnected system. The cabal, are just souls having an experience too, and we all agreed on this together.

This doesn’t mean we accept what they are doing in the physical and just take it, no, it simply means we must evolve our consciousness and overcome the need for them for it to stop.

How does that look or happen? We must understand why it’s there by going beyond the judgement and the emotion and see what the trap it creates for us. With that understanding, we no longer can get trapped in the angry, hateful emotions that hold this world in place and instead we choose, from a consciousness point of view, to create a different world.

This not only affects collective consciousness and helps others awaken, but we then now can create a new world, both physically and consciously, that comes from a higher state of consciousness and not one that is built in fear, anger and judgement of the old one. Remaining in that old state will only create more of the same world.

Again, I feel it is very important to listen to the podcast episode on this one as it goes into deep detail about this.

If you find yourself viewing matters in either of these polarized lights, challenge yourself to ask why? Why have this opposition to either side and why are we coloring things as positive or negative in the first place? What is that showing us about ourselves? Our fear of looking at our own ‘darkness?’ Collective ‘darkness?’

In many ways, what the elite/cabal are doing is just a reflection of our own journeys on a macro scale. It’s reflecting humanity’s current state of consciousness as we awaken to the truth. Change Starts Within.