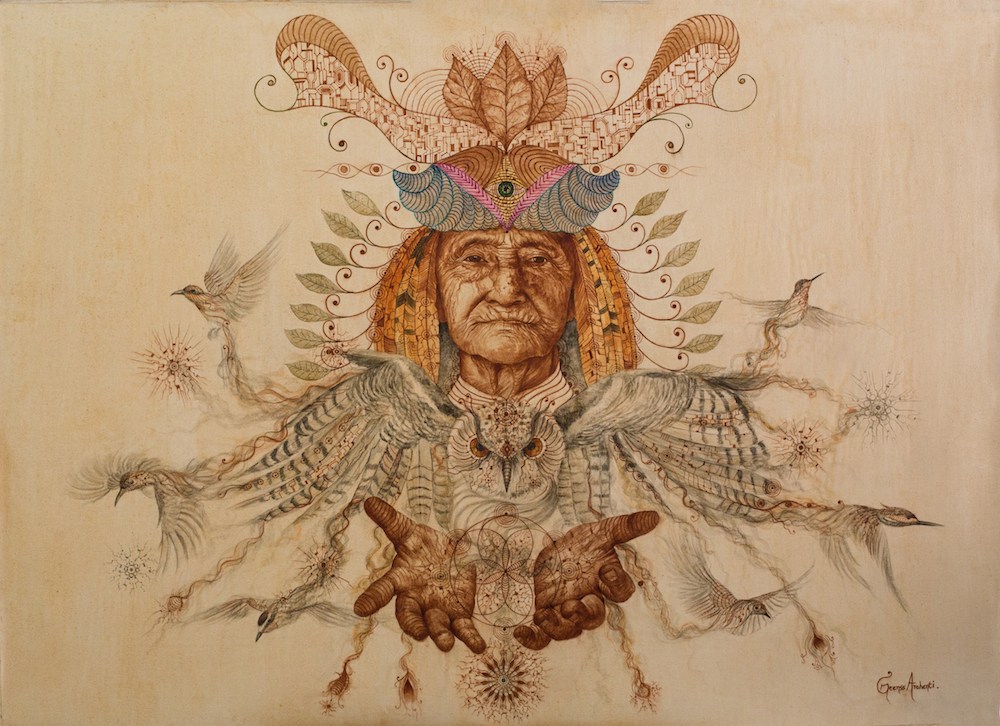 But what can you really expect, and how much do peoples’ profound and mystical experiences in ceremonies really bring about deeper change in their psyches and lives over time?

As ayahuasca drinking spreads across countries and sends its roots more deeply into popular culture, there is a growing urban myth surrounding its transformational power.

Websites, forums, and Facebook groups relay a stream of personal anecdotes about the elimination of PTSD, depression, and physical illnesses, as well as deep personal insights and spiritual revelations.

Indeed, the phrase that “one night of ayahuasca is equivalent to ten years of psychotherapy” is becoming somewhat of a mantra. 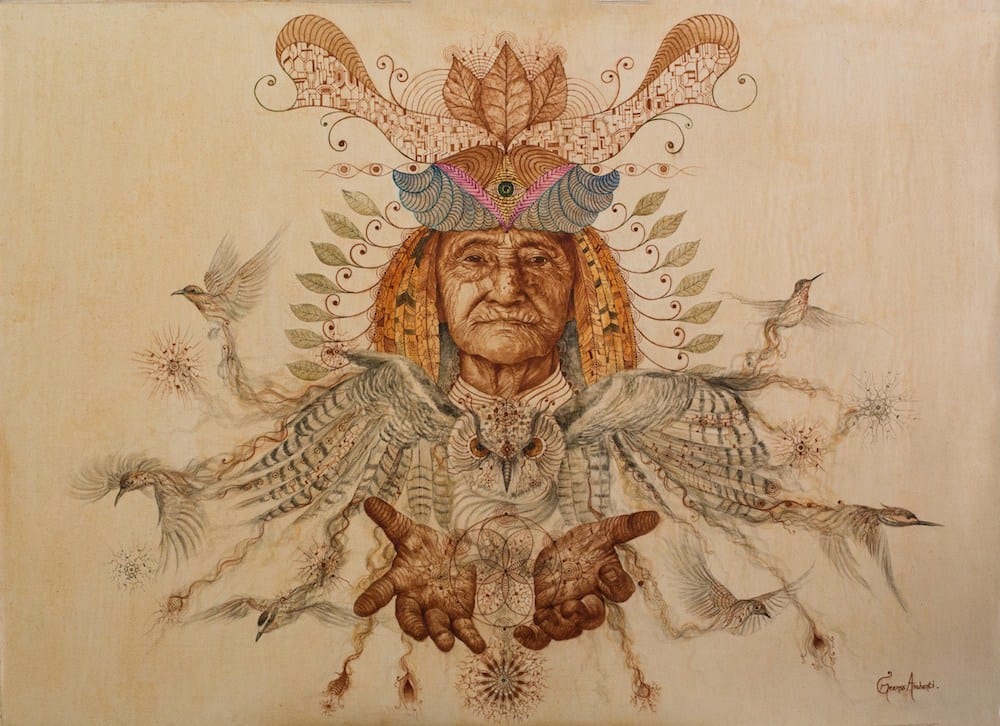 Ayahuasca is appearing more frequently in mainstream media and film, and a growing list of celebrities are speaking of profound experiences, such as Sting describing it as the “only genuine religious experience I have ever had” or Alex Grey saying that ayahuasca “can show us how beautiful we are inside and what kinds of possibilities we have for love.”


There is also a growing ayahuasca industry that can at times make big claims portraying ayahuasca with almost infinite healing and spiritual power.

Of course, there is also another side, represented in case reports or anecdotes describing ayahuasca-triggered emotional or mental health crises, as well as rare deaths (not usually clearly connected directly with ayahuasca itself), all of which can take a prominent place in mainstream media coverage.

So what do we really know at this point, and how much has ayahuasca become simply the latest fashion in a culture looking for meaning and a quick fix.

For those searching for healing, the most advanced and promising areas of research are those of depression, anxiety, and problematic substance use. Studies with members of the Brazilian ayahuasca churches report significant reductions in consumption, or complete remission, of alcohol and drug problems among members who previously had these issues.

Research at other places, including the Takiwasi Centre in Peru and a First Nations community in British Columbia, has also described positive results on addiction measures. However, it is unclear how much other factors, such as the strong religious or spiritual communities these practices take place in, may be influencing reported outcomes.

A recent animal study sheds some light in this regard; it found that ayahuasca administered to mice was able to prevent, and reverse the development of, alcohol addiction behaviors.

Similarly, a review of 10 human and animal studies in this area found that most identified positive effects relating to problematic alcohol and drug use. These appeared to come about via both biochemical and behavioral pathways. However, issues with research designs and the need for controlled studies was noted.

Just to confuse things though, recently published results of 100,000 people who participated in the Global Drug Survey indicate that ayahuasca drinkers, along with users of other psychedelics, actually had higher rates of problematic alcohol use than others in the sample.

Other research has also pointed to positive mental health effects. A review of 28 ayahuasca studies found evidence of antidepressant and anti-addictive effects, as well as enhanced mood and cognition among long-term drinkers with no evidence of negative psychological or neurological effects.

However, again the authors note important limitations including that most studies were with experienced users, and that people with existing physical and mental health problems were usually excluded. Results with novice drinkers or those with illnesses may be different.

The first randomized controlled trial with ayahuasca in an in-patient mental health facility has recently added to knowledge in this area. This study provided a single dose of ayahuasca or placebo to 29 patients with treatment-resistant depression and found significant improvements in favor of the ayahuasca group after seven days.

There is less evidence relating to the healing of physical health conditions. However, many anecdotal reports exist, and theoretical models have been advanced for potential benefits relating to Parkinson’s disease and cancer.

Ayahuasca and Cancer: One Man’s Experience

It is also suggested that the serotonergic psychedelics (which include DMT in ayahuasca as well as LSD, psilocybin, and mescaline) could comprise a powerful new class of anti-inflammatory agents, with potential application against a wide range of conditions. However, further research in these areas is needed.

Common themes included new understandings of their personality and life, deeper appreciation of the divine and sacred, and reflections on and commitment to values, particularly personal responsibility, justice, and love.

Other effects identified have included increases in mindfulness, optimism and independence, feeling calmer, peaceful and more compassionate, and having greater clarity regarding life purpose.

However, again, the direct relationship between many of these effects and the drinking of ayahuasca is not entirely clear, partly due to the design of studies as well as the inherent difficulties in measuring change in these areas.

Questions Still to be Answered

Although what we know today is encouraging, there are still many questions in the quest for healing, spiritual experience, and self-discovery using ayahuasca. To what degree are the religious or spiritual communities and their associated cosmologies a key factor shaping peoples’ outcomes?

How much does the ceremony itself, so foreign to most Westerners, act as a catalyst for change, and, how much benefit can be attributed to the travel to (at considerable expense) and time in an exotic location away from everyday life, often including deep sharing and bonding with a likeminded group?

Most likely, in contrast to the biomedical paradigm that medicines work solely via a direct biological action, all of these factors play a role.

Alongside questions regarding the effects themselves, it is also unclear the extent to which outcomes may be maintained over time. Can ayahuasca be drunk only once or a few times to gain benefit, or is it more like meditation where ongoing practice is required, as is implied in the case of the ayahuasca churches.

Experimental research over the last decade with psilocybin, closely related to DMT, hints at the possibility of enduring effects after a small number of sessions. These studies have reported lasting benefits including increased openness and improvements in mood, attitudes, and relationships.

The context in which you drink is another contentious aspect that is passionately debated by different individuals and groups working with ayahuasca. On one side are those who believe that drinking ayahuasca requires being in the Amazon with a fifth-generation traditional shaman guiding your ceremony.

Without this, they believe that healing effects are likely to be limited, or that harms are possible due to inadequate support in navigating the process and any difficult experiences. Others go further and talk of grave dangers due to inadequate protection in possible contact with malicious spirits or energies.

Research on harms indicates a high level of safety in a structured environment. However, the bulk of this data (as with benefits) has come from the ayahuasca churches, and there have not been detailed comparisons across contexts.

Because of this, we can’t really answer whether the likelihood of either benefits or harms will differ depending on whether you are in the jungle or on the living room floor of your neighborhood “shaman” in New York or Melbourne.

Then, beyond the ceremony itself, there is also the question of integration: how might that influence outcomes, and what activities are most helpful? Again, there are many opinions, but limited data.

Ultimately, although many questions remain, it is fair to say that current evidence is encouraging about the potential for ayahuasca to support wellbeing, self-understanding, and spiritual experience. The lived experience of many of ayahuasca drinkers I have come across corroborates this picture.

For some, but not all, ayahuasca has provided profound experiences and insights with the potential to deeply transform their way of living, loving, and connecting with spirit. However, as much as we might wish, such change can never be completely achieved by any external force.

Actual implementation involves ongoing commitment to reshaping life patterns forged over decades to better align with our desired new directions. Ayahuasca may be a powerful tool in this process that can complement and empower other spiritual or therapeutic practices and assist in navigating our life’s path.

The Global Ayahuasca Project (not to be confused with the Global Drug Survey) is currently collecting data that will look at many of the questions raised here. If you have drunk ayahuasca, please share your experiences in the global survey of ayahuasca drinking that is available in six languages at www.globalayahuascaproject.org.

Study: How Psychedelics Help Neurons Grow Previous post
30 Days Before A Heart Attack, You'll Get These 10 Warning Signs Next post