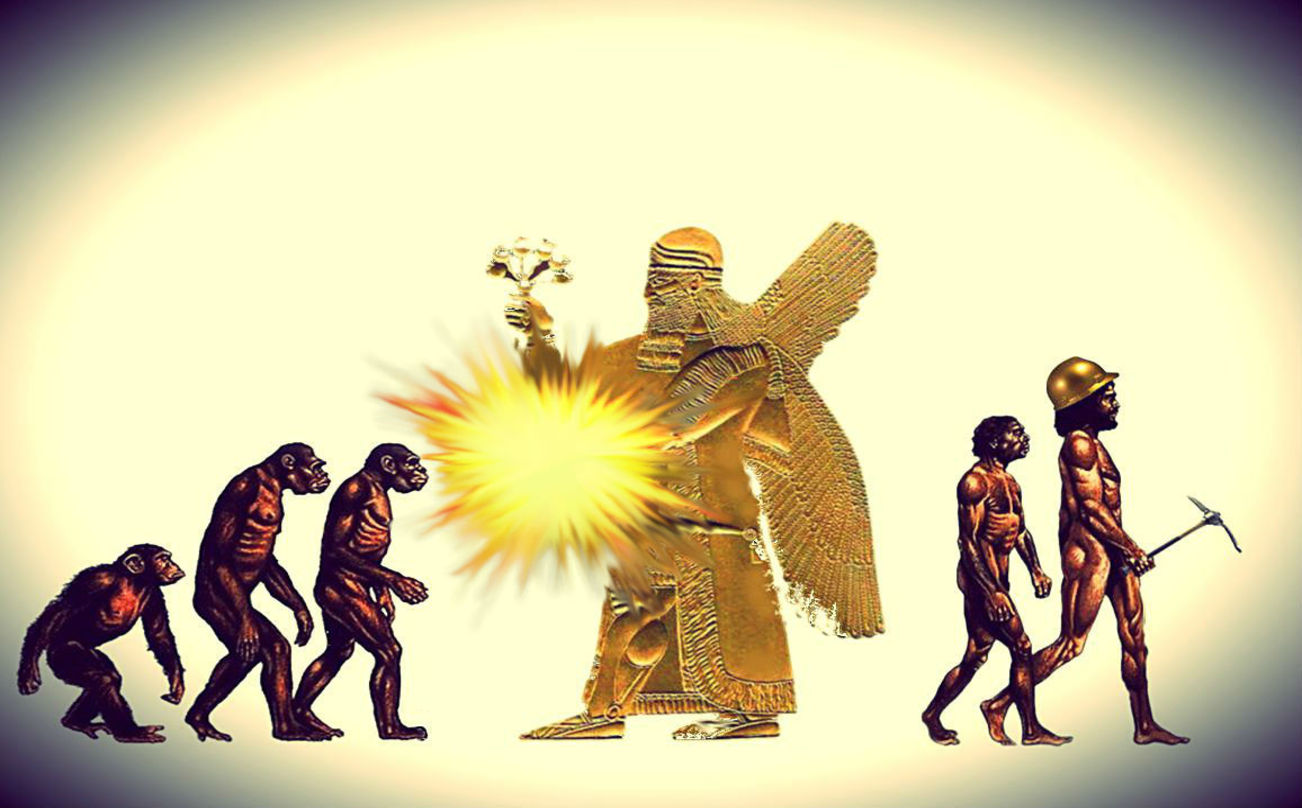 Gold: Why Anunnaki from Planet Nibiru Came to Earth 450,000 Years Ago

Nibiru, the planet from which our genetic makers came to Earth 450,000 years ago, used to, at that time, near Earth and the sun (perigee), every 3,600 years.

“For a time in cold is Nibiru engulfed; for part of its circuit by the Sun strongly is it heated. A thick atmosphere Nibiru envelops, by volcanic eruptions constantly fed. All manner of life this atmosphere sustains.

“In the cold period the inner heat of Nibiru it keeps about the planet, like a warm coat that is constantly renewed. In the hot period it shields Nibiru from the Sun’s scorching rays.” [ZS, Enki: 24] 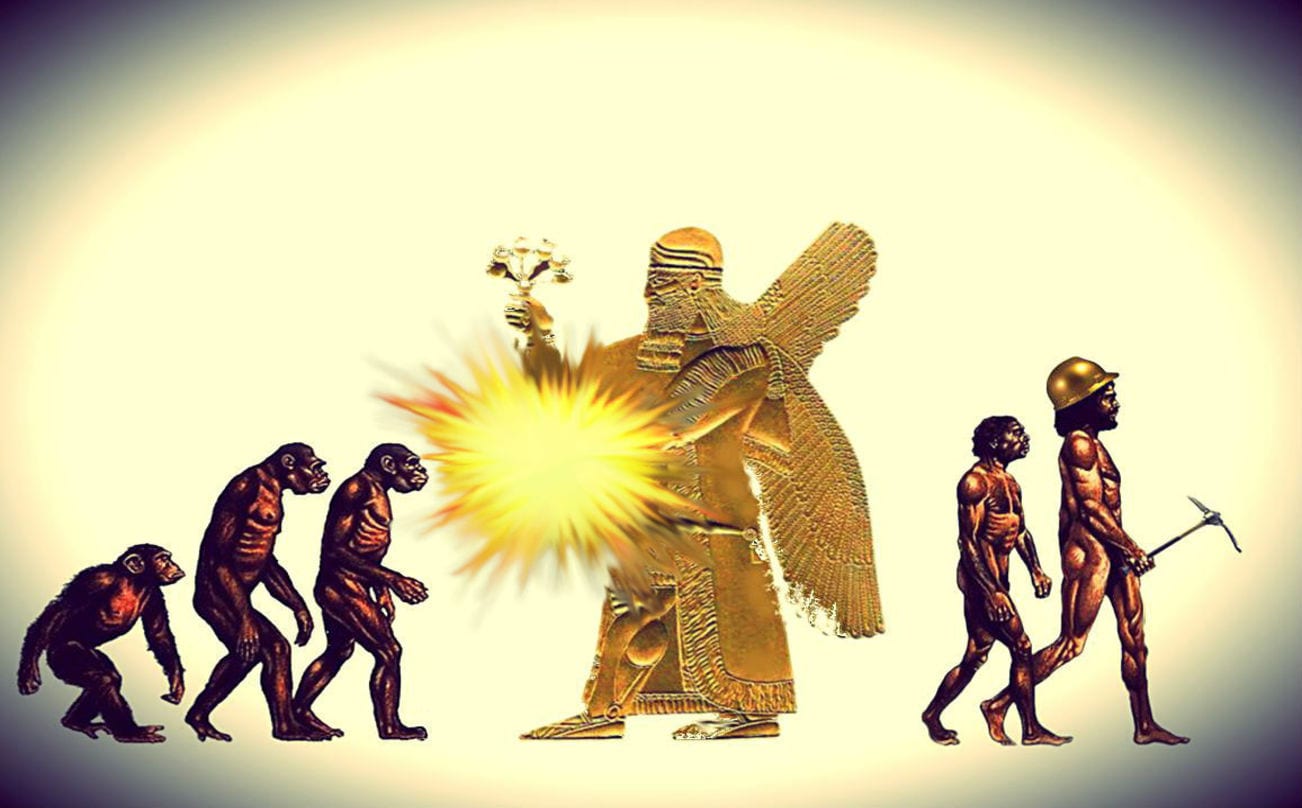 By the reign of Enshar, the sixth king descended from AN, “Nibiru’s air has thinner been made, the protective shield diminished,” scientists said. Enshar’s son, Duuru, failed to create an hereditary heir, but the Council of Counselors made his adopted son, LAHMA, King.

To Lahma, “In the councils of the learned, to heal the breach in the atmosphere, were two suggestions. Use gold, within the Hammered Belt [Asteroids] abundant. To finest powder, gold could be ground, lofted high to heaven, suspended it could remain.

“With replenishment, the breach it would heal. Let celestial boats [rockets] the gold to Nibiru bring over. Let weapons of Terror [nukes] be created, the missiles the volcanoes to attack, their dormancy to bestir, their belching to increase, the atmosphere to replenish, the breach to make disappear.”

“For a decision Lahma was too feeble; what choice to make he knew not.”

Every 3,600 years, Nibiru, as it orbited the Sun, lost more oxygen. Lahma vacillated for four orbits (204,000 Earth years) whether to nuke the volcanoes or send miners to the Asteroids.

While he pondered, Nibiru’s air bled into space. Intense radiation afflicted the planet, but Lahma ignored his counselors and instead heeded his wife, Lamaha.

Prince Alalu, descended from Nibiru’s forth king, Anshurgal (and a concubine) attacked Lahma atop the palace tower. “We need a king who acts now. Not you; you dither. I’m taking over now, before we lose all our air.” Alalu hurled the King from the tower. “Now I’m King.”

ALALU GAVE DAUGHTER TO EA FOR FEALTY FROM ANU

Anu agreed; he canceled the betrothal his daughter NINMAH had with Enki, Nibiru’s greatest scientist. Instead of Nimah, Ea wed DAMKINA [ZS, Giants: 249].  Ninmah pined for Enki, but sought solace in sex with Anu’s heir, her (and Ea’s) half-brother ENLIL, a dashing military man.

When Ninmah bore Enlil’s son NINURTA (later known as Ishum, then Mars), Anu forbade her marriage to anyone ever.

Enlil, who before the Anu-Alalu marriage deal, would’ve succeeded Anu as Nibiru’s King, lost his claim to the throne. The first male born of Enki and Damkina, Anu and Alalu agreed, would rule Nibiru and merge the descent lines of both Alalu and Anu.

Enki and Damkina had a boy, MARDUK. The pact between Anu and Alalu pledged Marduk, not Enlil, would one day rule Nibiru. Deal in place, Anu pledged fealty to Alalu. Alalu, now King, made Anu his Cupbearer. [ZS, Wars: 84]

Ea and Damkina begat a boy, Marduk. THE PACT BETWEEN ALALU AND ANU, PROCLAIMED MARDUK, WOULD ONE DAY RULE NIBIRU.

King Alalu didn’t– though he tried–save Nibiru’s air. To create overcast that would hold the air, he nuked the volcanoes, but this didn’t yield enough overcast and even worsened conditions on the planet.

“Alalu was king; Anu as servant by him was treated,” while “Rains withheld, winds blew harder. Nibiru in its circuits, heat and cold grew harder to suffer. The people of Nibiru ceased to revere their king; instead of relief, misery he caused.” [ZS, Enki: 34–38]

“Anu gave battle to Alalu. To hand-to-hand combat, with bodies naked, Alalu he challenged. “Let the winner be king,” Anu said. They grappled with each other in the public square; doorposts trembled and walls shook.

“Alalu in combat was defeated; by acclaim Anu was hailed as king.”

Alalu to the palace did not return. From the crowds he stealthily escaped; of dying like Lahma he was fearful. Unbeknownst to others, to the place of the celestial chariots [rockets] he hurriedly went.

Into a missle-throwing chariot Alalu climbed; its hatch behind him he closed. The forepart chamber he entered; the commander’s seat hew occupied. In the celestial boat Alalu from Nibiru escaped.  To snow-hued Alalu set his course.” [ZS, Enki: 24 – 39]

Alalu blasted through the Asteroid belt between Jupiter and Mars; he fired nuclear missiles from his “missle-throwing chariot” and disintegrated asteroids in his way as he approached Earth.

Alalu landed in the Persian Gulf and waded ashore.

In the Gulf, he confirmed gold and targeted Nibiru with missiles.

“The Speaker-of-Words he stirred up; toward Nibiru the words to carry, “On another world I am, the gold of salvation I have found. The fate of Nibiru is in my hands. To my conditions you must give heed!” [ZS, Enki: 60]

Two royal princes–the Commanders of the Weapons” protected the palace with “two divine weapons–the Royal Hunter and the Royal Smiter. The gateway to the palace was flanked by ‘Eaglemen’ [uniformed astronauts] with the Winged Disk emblem of Nibiru centrally displayed. The Council heard Alalu’s transmission in the Throne Room where Anu sat, flanked by his Foremost Son Enlil on the right and his Firstborn Son, Ea on his left. Anyone present could speak but Anu’s word was final.”*

Anu ruled, “Let words of acknowledgement to Alalu be sent: Anu, the king to you his greeting sends; of your well-being he is pleased; for your departing Nibiru there was no reason, enmity is not in Anu’s heart; if gold for salvation you have indeed discovered, Let Nibiru be saved.

When the computer in Alalu’s rocket got Anu’s reply, Alalu added, “Convene the princes to assembly, my ancestry declare supreme. Let the commanders make me their leader. Bow to my Command! Let the Council pronounce me King, on the throne Anu to replace.”

Enki said he’d rocket to Earth and see if it had enough gold to send miners.

“If from gold dust of Earth a shield for Nibiru its atmosphere to save,” said Enki, “let Alalu Earth rule as King. For kingship on Nibiru, let him wrestle Anu. Let me in a chariot [rocket] to Earth journey, a path through the Bracelet [Asteroids] with water, not fire I shall fashion. On Earth, from the waters let me the precious gold to obtain; to Nibiru back it will be sent.” [ZS, Enki: 66] 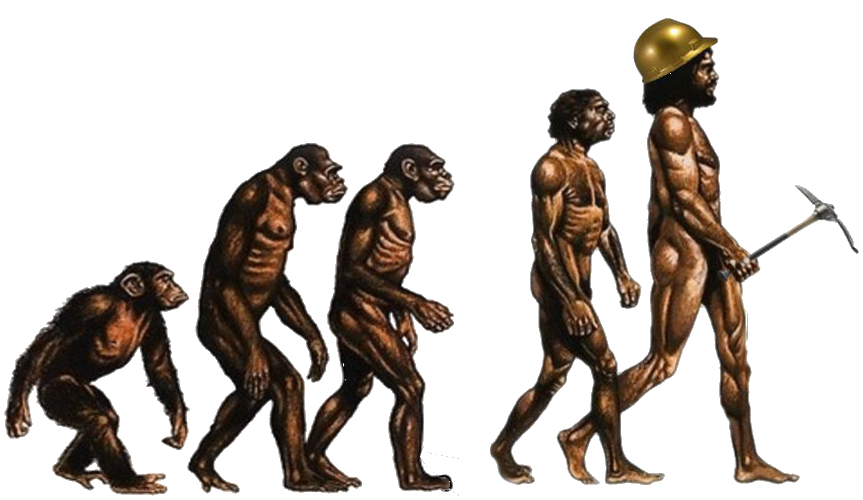 Five Assistant Scribes took notes. The rank and file of Anu’s staff (‘Anu’s Heavenly Ones.’) carried out the orders. Five military men made up almost half the cabinet of eleven–a military government.  There is a stress on weaponry. The palace proper was protected by two awesome weapons systems.” [ZS, Giants: 127, 153.]

KING ANU HAD 6 CONCUBINES, HIS FIRSTBORN BOY WAS ENKI. ANU HAD 80 KIDS. ANU HAD 14 KIDS WITH HIS OFFICIAL QUEEN, ANTU, HIS LEGAL HEIR WITH HER WAS ENLIL.

“The palace featured an artificial garden sculpted wholly of precious stones. There Anu resided with his official consort Antu and six concubines, eighty offspring (of which 14 were by Antu)” [ZS, 12th Planet: 174]

Man Confesses to Sacrificing 675 People As Part of Satan-Worship Rituals Previous post
The Lord of the World: What’s Really Behind the Legend of the Mysterious Kingdom of Agarttha? Next post