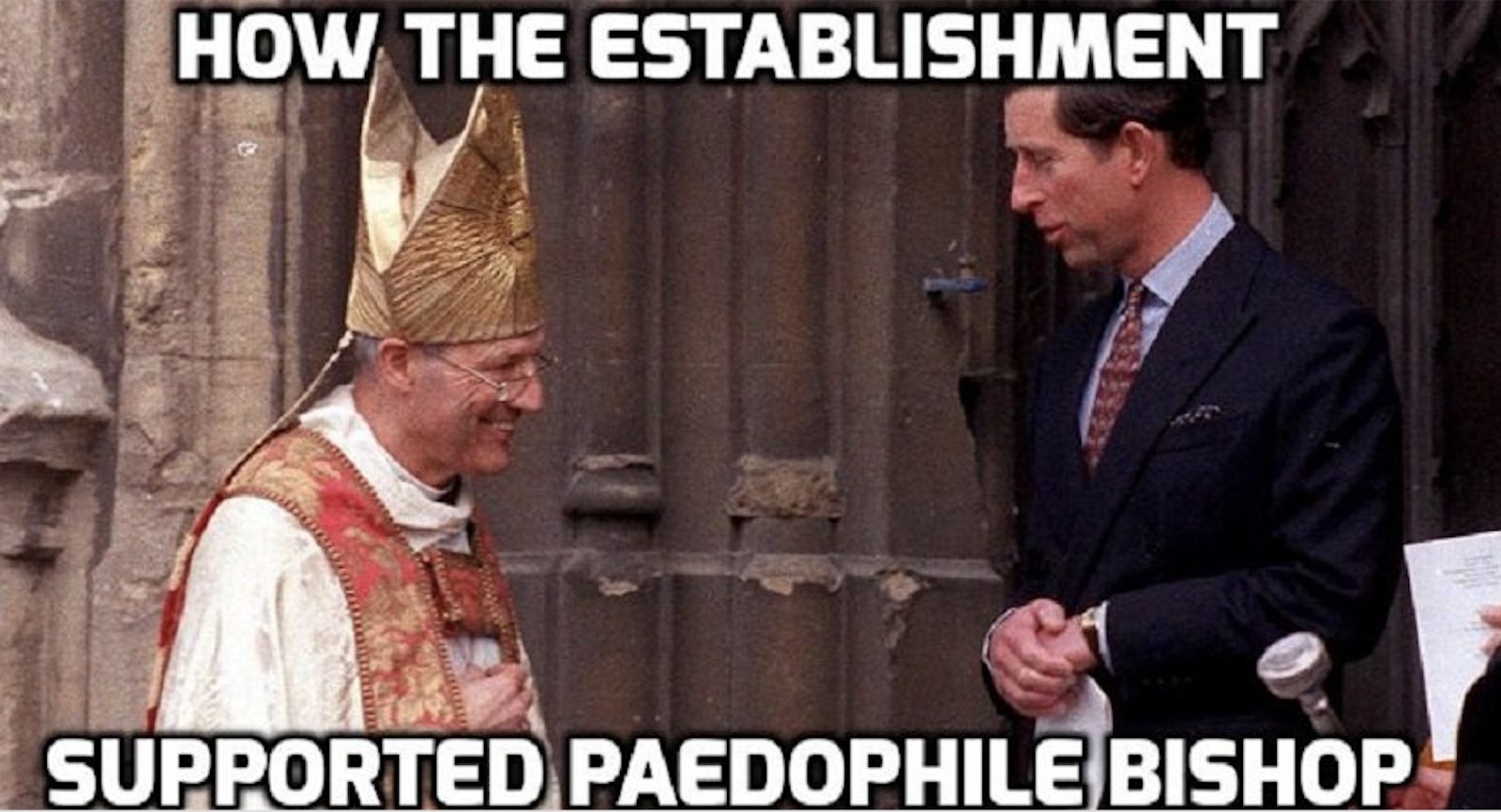 The Prince of Wales sent a disgraced former bishop ‘small gifts and money’ – but didn’t know he was a paedophile, the heir to the throne has told an inquiry.

The heir to the throne remained friends with Peter Ball, now 86, because he did not understand that the clergyman’s caution relating to gross indecency was an admission of guilt, it was reported today. 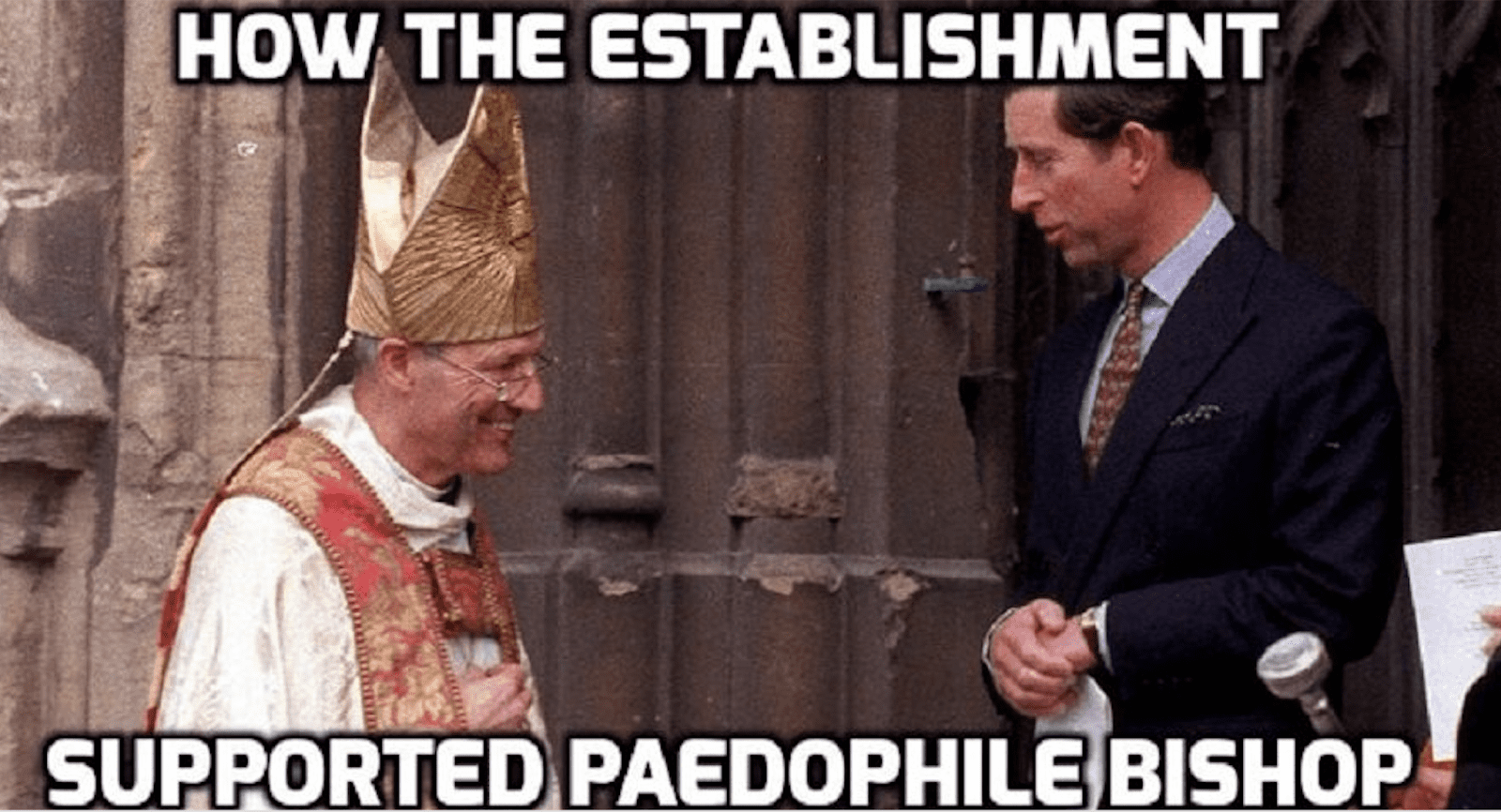 Charles was in contact with Bishop Peter Ball for more than 20 years until he was convicted in 2015 for sexual abuse offences.

Ball resigned in 1993 after a police investigation into abuse of boys and young men and accepted a caution over it – but told the Prince it was because someone with a grudge was ‘persecuting’ him.

Charles’ written statement submitted to the Independent Inquiry into Child Sexual Abuse, seen by the Times, is due to be made public next week.

He is quoted as saying: ‘I was certainly not aware at the time of of the significance or impact of the caution. Whilst I note that Peter Ball mentioned the word in a letter to me in October 2009, I was not aware until recently that a caution in fact carries an admission of guilt’.

The letter, which is reportedly a draft, was submitted voluntarily and said the prince had ‘decades of correspondence’ with the bishop and that he sent ‘small gifts of money, as I do for many people in need’.

Charles is also said to have said he has ‘deep personal regret’ that Ball, who was  finally jailed for 32 months in October 2015, had deceived him and hidden his sexual abuse of 18 young men over a period of 30 years.

He was released in February last year after serving half his sentence behind bars.

Ball often spoke of his links with the Royal family and was invited to give communion at the Prince’s home in Highgrove.

He also spoke at the Duchess of Cornwall’s father Bruce Shand’s funeral in 2006 and lived on Duchy of Cornwall land from 1997 to 2011.

The inquiry is examining how the Church of England handled sex abuse allegations and has previously focused on the Diocese of Chichester – where Ball was the former Bishop of Gloucester and several other convicted paedophile priests once officiated.

The week-long case study beginning on Monday will investigate ‘whether there were inappropriate attempts by people of prominence to interfere in the criminal justice process after he was first accused of child sexual offences’.

Ball was allowed to continue giving church services after he accepted a police caution for a single offence in March 1993.

The secretive deal meant he was not exposed until a fresh police investigation uncovered the extent of his abuse 22 years later.

BREAKING: Church of England Admits it ‘Colluded’ to Cover-Up Decades of Child Rape

Ball’s court case heard that a member of the royal family – who has never been named – was among a host of public figures who supported him when he avoided charges in 1993.

He boasted of his links to royalty and was said to be a confidant of the Prince of Wales, with an independent review finding he used his connections to boost his position.

Prince Charles’s evidence, which will be read out on the final day of next week’s inquiry, is being met with skepticism by some close to the case.

One source told The Times they were concerned there would be no chance for the Prince to be cross-examined on his evidence.

They told the newspaper: ‘It’s very convenient that Charles’s statement is to be read at the last session of the Ball inquiry.

‘He was either staggeringly naive about him or he was part of the influential that supported him.’

Previously Clarence House reportedly said it did not believe the correspondence between Ball and the future king had any bearing on the issues before the inquiry but did not object to them being shared for consideration.

The court heard that Ball convinced some of his victims to strip naked to pray and even suggested they submit to beatings between 1977 and 1992.

The first of his victims to come forward took his own life in 2012 after hearing that Sussex Police had reopened the case.

Former Archbishop of Canterbury George Carey – who will also give evidence next week – resigned as honorary assistant bishop in the Diocese of Oxford after an inquiry found he delayed a ‘proper investigation’ into Ball’s crimes for two decades by failing to pass information to police.

Reverend Graham Sawyer, who was abused by Ball as a teenager and waived his right to anonymity, is also among those due to give evidence next week.

Bombshell: The Secret Connection Between Pedophile Jimmy Savile and the British Royal Family 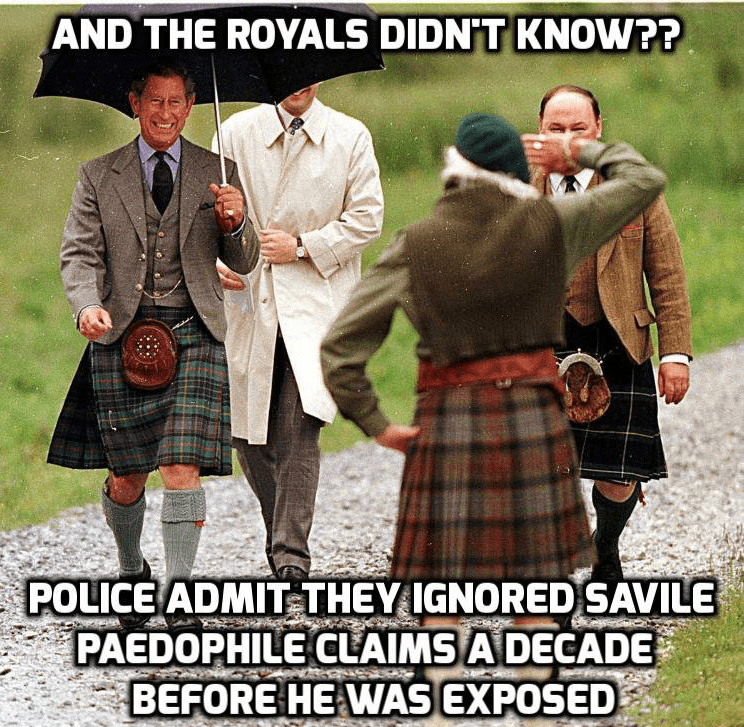 Disgraced bishop Peter Ball reneged on a deal to move abroad to escape prosecution in 1993, and instead rented a house from the estate of his ‘loyal friend’ Prince Charles.

The cleric told police he would live with nuns in France in return for receiving the caution as part of an alleged agreement with a ‘sympathetic’ detective who wanted to help the church avoid the scandal of a criminal trial. It meant Ball was not prosecuted until October 2015.

After resigning as bishop in 1993, Ball moved to Manor Lodge, in the Somerset village of Aller, a property owned by the Duchy of Cornwall, the private estate headed by Charles. He later publicly praised the ‘wonderfully kind’ Charles who he said ‘allowed me to have a duchy house’.

The detail has come to light from a report written by Brian Tyler, a former police officer-turned-priest who Ball hired to work as a private detective.

In it, he wrote: ‘It is needless to point out that having secured the caution on one offence and knowing the file has been closed, he has ‘welshed’ in his promise to me, and the police, to leave the country.’

Royal sources at the time made clear that Charles has no involvement in the commercial decisions on who is renting Duchy properties.

The Trump-Putin Summit and the New US-Russia Protectorate Previous post
Monsanto Trial: Toxicologist Explains to Jury How Monsanto Colluded With EPA Next post