Update: The internet has been whitewashed and the true cause of her death covered up.

Originally, we were told she was found hanging by a red scarf from a doorknob in her bedroom, but now we are told that she died from a cerebrovascular accident or a heart attack.

Those details no longer appear in the story. On google, remnants of those details are still visible:

You can read more at this link.

The ex-wife of elite banker Nataniel Rothschild has been found dead at her home in Chelsea, London.

49-year-old Annabelle Neilson’s body was discovered hanging from a doorknob in the bathroom of her $4.1 million mansion on Thursday, but news of her sudden and tragic death has only just been made public.

Police have yet to confirm the cause of her death, and haven’t ruled out drug or alcohol use, but say they are “not treating it as suspicious.”

Neilson was previously married to Nathaniel Rothschild – son of Lord Jacob Rothschild and heir to his family’s fortune – for three years after a six-year relationship.

After divorcing Rothschild she was reportedly forced to sign a confidentiality agreement and rescind the dynastic name.

Since splitting with the banking heir, she was in an extremely close relationship with fashion designer Alexander McQueen who also died in eerily similar circumstances to Neilson.

McQueen’s death was announced on the afternoon of 11 February 2010.

In the morning, his housekeeper found him hanging from a doorknob at his home in Green Street, London W1.

Annabelle Neilson was supposedly the last person to see McQueen alive and she was left devastated by his death. 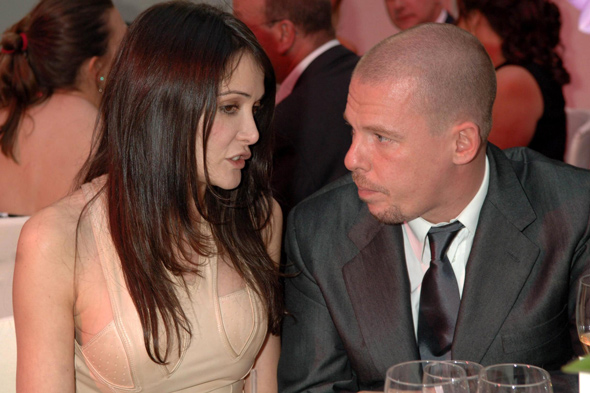 According to the Daily Mail, Annabelle was a great friend of cover girl Kate Moss and also close to the late fashion designer Alexander McQueen, after becoming his muse aged just 22.

“He was my brother, my boyfriend, my soulmate. Most of the time people called me Mr.s McQueen. Quite often we were sharing a bed,” she told the Daily Mail in 2015.

“The truth is I was happier with Lee than with anyone else. He asked me to marry him towards the end and I said no. I wish now that I had said yes.”

A British aristocrat, Annabelle shocked high society when she eloped to Las Vegas with Nat Rothschild in 1994.

The former couple met on a beach in India, and a close family friend told the Daily Mail at the time of their divorce that Rothschild’s parents had been ‘appalled’ by their then 23-year-old son’s ‘vulgar’ choice of wife.

After just three years of marriage, marked by hard-partying and cataclysmic rows, the couple split and Annabelle reportedly received a generous financial settlement in return for rescinding the dynastic name and signing a confidentiality agreement.

Annabelle went on to date Edward Spencer Churchill, the Duke of Marlborough’s half-brother, with the exes remaining close after their break-up.

Indeed the last picture of Annabelle was taken at his marriage last week, held at Blenheim Palace in Woodstock, Oxfordshire.

She posed happily alongside her friend Kate Moss in the image.

While her ex-husband’s parents were not pleased by their son’s choice of wife, Annabelle was in fact very well connected – her paternal grandmother was a second cousin of the late Queen Mother.

The brunette beauty was the daughter of Elizabeth, the Marquesa Campus di Santinelli, while her first cousin was the Earl of Warwick.

Growing up, she divided her time between the family’s country estate – Chiltern House in The Chilterns – and a home in West London.

However, despite her gilded upbringing, Annabelle’s childhood was far from easy.

Severely dyslexic, she was badly bullied at her exclusive private school and left at 16 without any qualifications.

She headed to Australia to stay with family friends, but while there was the victim of a horrific assault.

Her attacker, later convicted of killing three women, tied her to a tree and beat her for two hours, leaving her in need of reconstructive surgery.

Left depressed, she was a heroin addict by the time she turned 16.

She managed to get herself off hard drugs but said they helped her survive the brutal experience.

“In a way, heroin saved me because otherwise, I would have killed myself,” she told the Daily Mail. 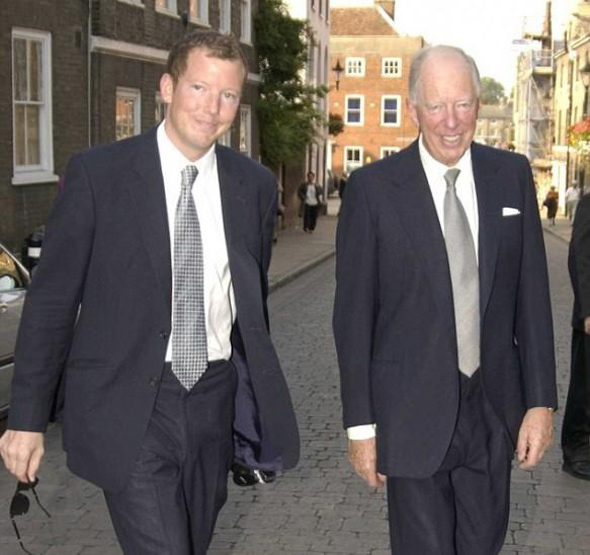 Rarely seen together, Nathaniel is the only son and heir of Lord Jacob Rothschild who described Annabelle Neilson as ‘vulgar’

Tall, beautiful and well connected, the young brunette turned to modeling – a decision which changed the course of her life.

It was her work as a muse for McQueen that put Annabelle on the fashion map after they met when she was just 22.

They were introduced by the late Tatler fashion editor Isabella Blow, who was then the muse of celebrated milliner Philip Treacy.

“Issie brought me to Lee as a model.

“She presented me to him as his new girl. Lee loved me immediately and it felt like we knew each other straight away,” Annabelle told the Daily Mail in 2015.

“We were so alike. He was also dyslexic; he mirrored me in so many ways.”

Indeed it was while working for McQueen in the early 1990s that Annabelle met Kate and Naomi.

“Kate is my best mate and I love her like a sister.”

In later life, Annabelle starred in the U.S. reality show Ladies Of London for two seasons, from 2014 to 2015.

She used the series as a way to relaunch herself as a children’s author two years ago, publishing a series of books, The Me Me Me‘s.

The show chronicled her life in London, including a devastating horse accident, which left her with multiple broken injuries, including a broken back and pelvis.

While recovering Annabelle was cared for by her parents at their home off the Kings Road in Chelsea, West London.

“I am sorry but I can’t help you. Thank you for calling.”

Fans flocked to Instagram to pay tribute to Annabelle.