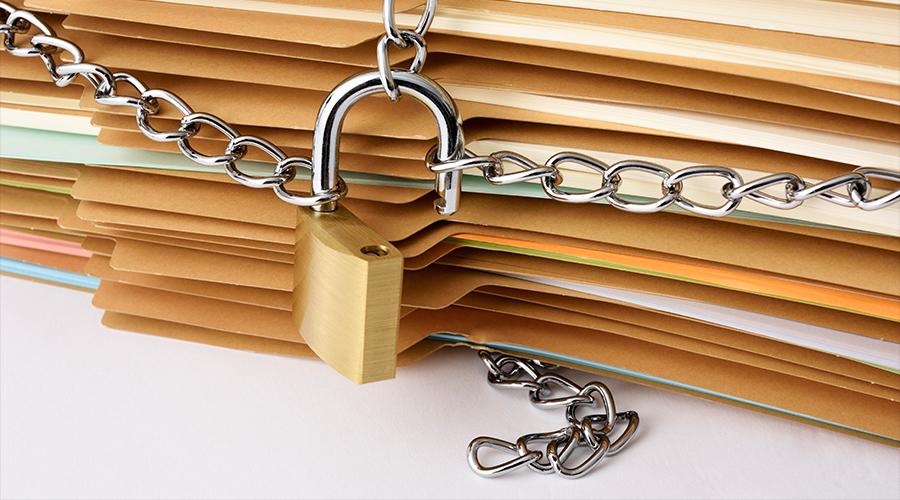 On Tuesday, July 24, the Johnson vs. Monsanto trial resumed with video testimony from Monsanto’s toxicologist, Donna Farmer, who leads the chemical company’s deceptively named Product Safety Center, and who has been a lifelong nemesis of environmental, safe food and farming advocates.

It wasn’t easy getting Farmer’s videotaped testimony. Here’s the backstory. When our legal team sent a process server to Farmer’s home in St. Louis, to subpoena her testimony, Farmer was observed fleeing through a backyard fence. We had the block staked out and successfully served the summons.

But to spare her the risks of live testimony, Monsanto fought Farmer’s subpoena to a standoff in Missouri’s Supreme Court. Monsanto’s stonewalling meant that our San Francisco jury saw only clips of Farmer’s videotaped deposition taken by my colleague, Mike Miller of The Miller Firm.

The video shows Farmer emphatically denying that her role at the company was “protecting Roundup” (as opposed to protecting public health) until Miller confronted Farmer with her own email using those very words as her job description. 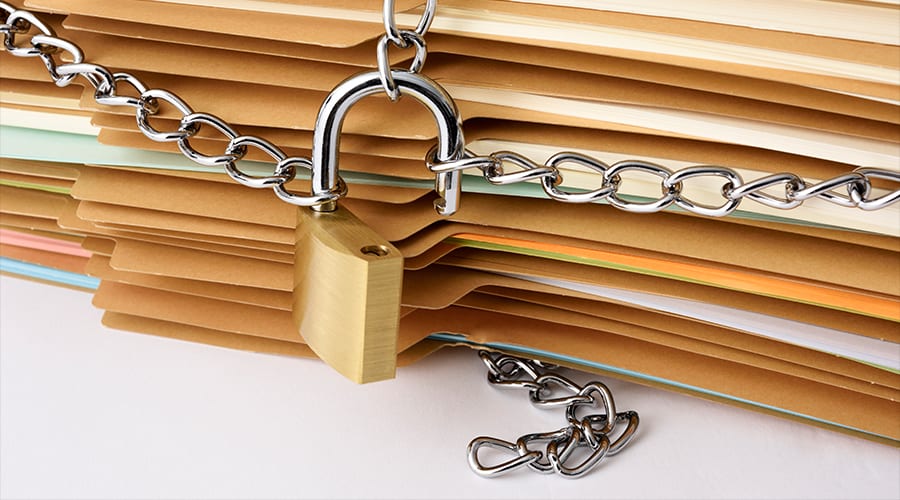 Miller produced another Monsanto document declaring that Farmer’s “number one goal is to defend and maintain the global glyphosate or Roundup business.”

For 25 years, Farmer has accomplished that mission by sewing doubt about the mountainous scientific evidence of Roundup’s toxicity and carcinogenicity.

Miller showed Farmer a Monsanto training manual that instructed her, and her Monsanto cronies, how to dodge questions about the International Agency for Research on Cancer’s (IARC) classification of glyphosate as a human carcinogen.

Monsanto schooled its staff in the skills of ducking, bobbing, weaving, or, as the manual put it, “moving from the question [the public asks] to the answer you want to give.”

Farmer excelled in the school of “ducking and weaving.” She perfected every delicate step in the razzle-dazzle tap dance required to maintain the dubious fiction that the world’s most potent weedkiller posed no risk to humans.

Farmer admitted writing a secret memo to John Combest of Monsanto’s public affairs group, shortly before we filed our first Roundup lawsuit, cautioning him that: “You can’t say Roundup does not cause cancer. We have not done the carcinogenicity studies with Roundup.”

Miller confronted Farmer with a series of documents chronicling Monsanto’s gymnastic maneuvers to avoid doing such studies. Under Miller’s interrogation, Farmer confessed that her career concern was not public health but regulatory compliance.

Monsanto wanted to know only enough about health effects of its product to keep its captive regulators from stirring from their stupor. Monsanto avoided genuine health studies, like cats avoid water, terrified that company scientists would overturn the wrong stone.

Farmer carefully guided research projects to tamed or compromised scientists with outcomes that were known in advance. She acknowledged that in 35 years of marketing and selling Roundup, Monsanto performed no studies to determine whether Roundup causes cancer.

In fact, Farmer’s real job at Monsanto was to suppress science and manipulate regulatory agencies. Under a grueling interview by Miller, Farmer acknowledged orchestrating the ghostwriting of articles for supposedly independent scientists who agreed to defend glyphosate.

“There’s nothing wrong with that,” she said. “That’s just providing some information for them to choose to incorporate into their document or not.”

Monsanto hired the prestigious toxicologist, Dr. James Parry, hoping that he would punch holes in damaging studies that proved glyphosate to be genotoxic.

Unwilling to let Parry off a tight leash, the company opted to perform the studies in-house hoping to identify some discrepancy in the genotoxicity data. Monsanto intended to present its findings to Dr. Parry and persuade Parry to anoint the company’s self-serving conclusions with his prestigious reputation.

When Parry balked and instead prescribed a series of studies he believed necessary to determine the overall safety of Roundup, Farmer’s boss, Dr. Mark Martens, confided to her, “We simply aren’t going to do the studies Parry suggests.”

Martens and Farmer agreed that Parry should be prevented from looking at Monsanto’s Roundup formulation samples until he came around to their point of view.

Parry had complained that the samples were necessary for him to complete his safety studies.

“I agree we do not send samples to Dr. Parry until we get this sorted out,” Martens told Farmer. Monsanto, he said, was looking for “someone who is comfortable with a genotoxic profile of glyphosate/RoundUp and who can be influential with regulators and scientific outreach operations when genotoxic issues arise,” but, Dr. Martens, despaired, “it would take quite some time and $$$ studies to get [Parry] there.”

Here are key highlights from the Monsanto trial:

Johnson is one of thousands of plaintiffs to file suit against Monsanto in state court over the alleged link between Roundup and NHL. More than 450 other lawsuits filed in federal court are currently pending in U.S. District Court for the Northern District of California.

Since the start of the Johnson trial, Robert F. Kennedy, Jr., co-counsel to Baum Hedlund Aristei & Goldman, has provided running commentary of the events in court each day. Here are brief synopses of his daily entries, including links to his original posts:

Here’s a link to the opening statement for the Plaintiff by Brent Wisner of Baum Hedlund Aristei & Goldman:

“This case really is about choice. It’s about the right of every single person in this room to make a choice about what chemicals they expose themselves, their family or their children to…

Day 2, July 10: Did Monsanto suppress its own research?

On day 2 of the Johnson trial, the jury heard deposition testimony from Monsanto toxicologist, Dr. Mark Martens. Johnson’s attorneys asked Martens why Monsanto decided to abandon research conducted in 1999, by Dr. James Parry, an independent toxicologist Monsanto hired as a consultant after deeming him a top expert in his field.

Dr. Parry’s research concluded that glyphosate and the Roundup formulation may cause genetic mutations, a potential precursor to cancer.

Day 3, July 12: Dr. Christopher Portier discusses the tumors in glyphosate animal studies, and the EPA’s initial findings in 1985, that glyphosate is a “possible” human carcinogen

Nevertheless, Dr. Portier testified that his analysis of 13 rodent studies on glyphosate, and the findings of  the International Agency for Research on Cancer (IARC) led him to conclude that exposure to glyphosate causes NHL. Portier said:

“If you have multiple tumors of the same type in multiple species, it adds to the strength of causality. By seeing lots of different tumor types hit in the same animal, the more important it is to the human causal.”

On day 4, Monsanto counsel, Kirby Griffis, tried to rattle Dr. Christopher Portier during cross-examination, confronting the expert witness with the EPA’s conclusion that glyphosate is not likely to be carcinogenic to humans. During testimony, Dr. Portier slammed U.S. and European regulators over their methodology in evaluating glyphosate.

For example, Dr. Portier testified that European Food Safety Authority (EFSA) missed 15 tumors in a series of rodent studies on glyphosate because the agency used the wrong methodology. During cross-examination, he said:

“My entire career been about using scientific evidence to make decisions, primarily about the carcinogenicity of compounds, and we’ve worked for years and years to do that appropriately. This was just so amazingly wrong in the way they were doing it.”

On day 5, as cross-examination continued Monday, Monsanto counsel Kirby Griffis accused cancer expert, Dr. Christopher Portier, of basing his opinion that glyphosate and Roundup cause cancer on lucrative consulting contracts from law firms and not on scientific evidence.

“You said EPA was ‘so amazingly wrong;’ EFSA was ‘so amazingly, astonishingly wrong.’ ECHA (European Chemicals Agency) got one thing right,” Griffis said, attempting to poke holes in Dr. Portier’s prior testimony about U.S. and European regulators’ evaluations of glyphosate.

During redirect, Dr. Portier also pointed out that a reassessment report for glyphosate conducted by a German agency that participated in EFSA’s review of glyphosate, contained verbatim passages written by herbicide manufacturers.

On day 6, Monsanto executive Dr. Daniel Goldstein attempted to rebut plaintiff Dewayne “Lee” Johnson’s allegation that he failed to tell him whether exposure to Monsanto’s Roundup weed killer caused him to develop skin rashes over a significant portion of his body.

In his lawsuit, Johnson alleges he developed cancerous lesions on his body after using Roundup between 2012 and 2015, as part of his groundskeeper job, including two instances where he was drenched in the weed killer.

The jury saw video testimony from Dr. Goldstein, who was asked whether he returned calls that Johnson had made to the company in 2014, asking if exposure to Roundup created the widespread lesions all over his body.

Dr. Goldstein testified that he did not recall speaking to Johnson, though an internal Monsanto email shows that he intended to call Johnson.

“It would certainly be helpful to have spoken with him, and I don’t recall whether I did,” Goldstein testified.

On day 7, oncology and epidemiology expert Dr. Alfred Neugut of Columbia University took the stand and things got a bit heated during his cross-examination.

At one point, Monsanto attorney George Lombardi gave the court an inaccurate characterization of a statement Dr. Neugut had made. Dr. Neugut yelled back to Lombardi to stop “misquoting” him.

Another highlight was Dr. Neugut’s dismissal of the Agricultural Health Study, which Monsanto routinely points to as conclusive proof that glyphosate is safe.

Like other expert witnesses for the plaintiff, Dr. Neugut told the jury about several key flaws with the study, including the imputation of data to make up for poor follow-up among the study’s subjects, which rendered the study a “throwaway.” Dr. Neugut said:

“You use imputation when you’ve got a screwed-up study with poor follow-up. Unfortunately, this is a case of measurings—with a gold scale, where it turns out the results just don’t turn out to be what they should be because there are so many problems.”

Day 8, July 20: Plaintiffs oncologist testified that exposure to Roundup “was a major contributing factor in the development of Mr. Johnson’s cutaneous T-cell lymphoma”

One of Monsanto’s points of emphasis during the Johnson trial is how long it takes for cancer symptoms to manifest after exposure to a carcinogenic agent. Lawyers for the agrochemical giant say it takes 20 years, which would eliminate Roundup exposure as the cause of Mr. Johnson’s NHL.

Day 9, July 23: Dewayne “Lee” Johnson testifies he “never would’ve sprayed that product on school grounds or around people if I knew it would cause them harm”

On day 9, Dewayne “Lee” Johnson and his wife, Araceli, took the stand and gave the jury a heartbreaking glimpse at how their lives have changed since Lee’s cancer diagnosis.

During her testimony, Araceli recalled when Lee first told her about his diagnosis. “I couldn’t believe it. My world just shut down,” she said, adding, “I only cried at nigt… it was very hard.”

In order to make a dent in the family’s rising medical bills, Araceli took a second job working 14-hour days while shuttling her two sons an extra 45 minutes to Napa Valley School District in hopes of providing them better educational opportunities.

When Lee took the stand, he testified in agonizing detail how he tried to hide the pain of his diagnosis from his family.

“I’m trying to show my kids an example of how to deal with things and crying is not going to help you,” he said.

“But I’m raising two little boys, so I’m teaching them to deal with pain and learn to deal with it and to deal with a situation if it comes to you. And sitting around sorrowful and crying is not going to help.”

Mr. Johnson also made it clear that he never would have used Roundup if he had known it causes cancer.

“I never would’ve sprayed that product on school grounds or around people if I knew it would cause them harm,” Mr. Johnson said in court on Monday. “It’s unethical, it’s wrong. People don’t deserve that.”