Despite the recognition that Carl Jung has received throughout the last century or so, the importance of his work still cannot be stressed enough. The real beauty of Jung’s work was his ability to conceptualize a variety of esoteric, even shamanistic concepts through scientific, empirical observation.

While some might still beg to differ, Jung’s concepts such as the Collective Human Unconscious, human cognitive archetypes, and perhaps his most complex and mysterious observation, Synchronicity, are all quite scientifically validated today.

Considered to be an a-causal connection of two or more psycho-social phenomena, modern interpretations of this could be seen as the person who checks their phone for a call, only to receive the call immediately upon checking, a Deja-vu including but not limited to information from dreams occurring in waking life, or a seemingly random string of events leading the subject to a specific goal that could not have been achieved had their original plans gone accordingly—and of course any number of other events. 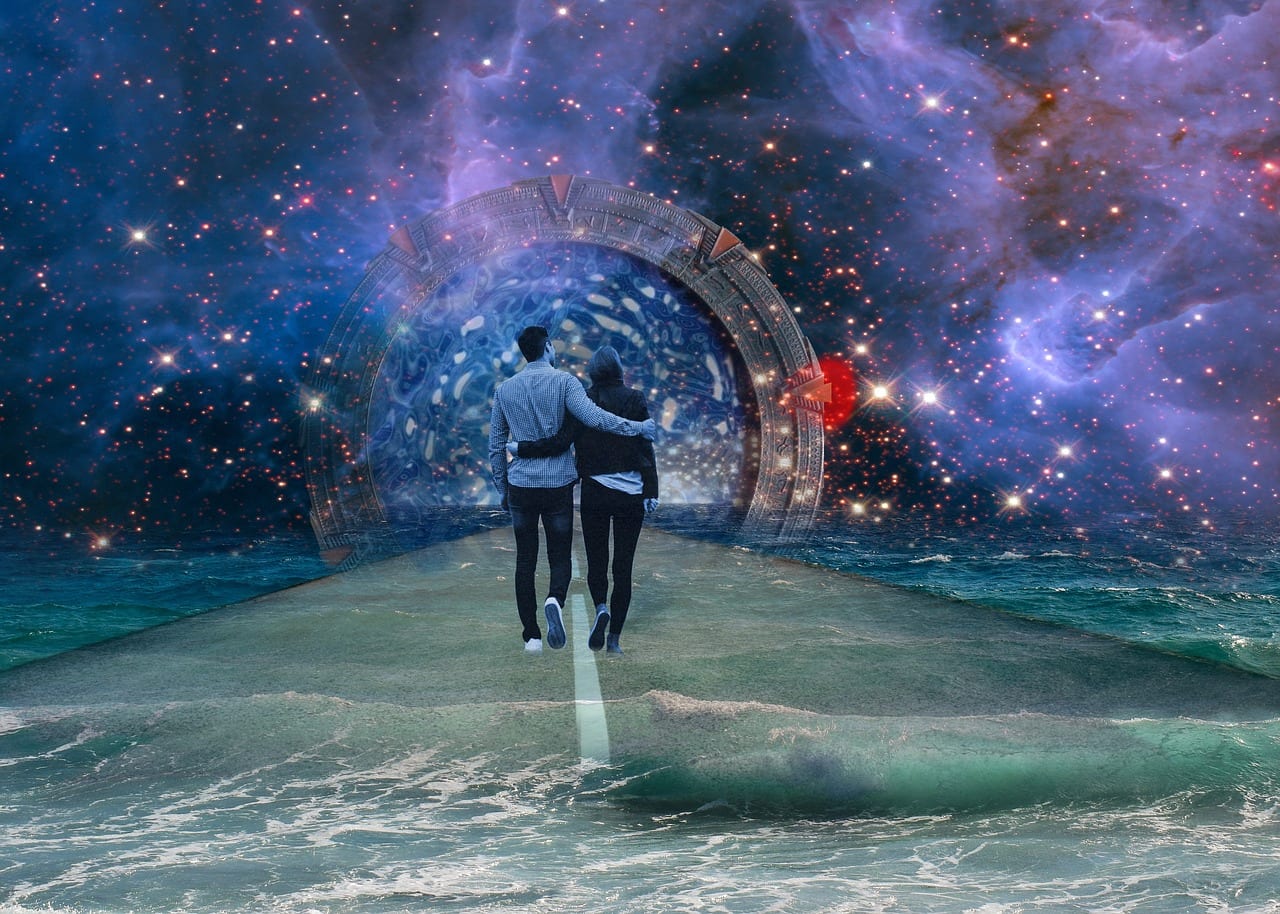 In order to understand these events, it is imperative to understand the postulates of precognitive ability, telepathy, and other forms of extra-sensory perception, as scientists have realistically been trying to make the Mainstream Media aware of ESP’s existence since the early 20th century with minimal success.

Unfortunately the only attention that any scientific studies receive from the press in the fields of parapsychology are the ones that get a good laugh, and the serious scientific analysis is engulfed in the tidal wave of sensory data that creates today’s age of social technology.

However, once people begin to understand Jung’s collective unconsciousness as the earth’s magnetic field, and the archetypes as specific primordial frequencies that the mechanics of everyone’s brains are apt to tune into, et cetera, it will be clear to see that ESP is not a matter of “having special powers” but simply more a matter of two human brains communicating with each other in the same way two neurons communicate through synapses.

Moving forward (or backwards), it is important to point out, as always, that humans’ ancient ancestors were well aware of all of these concepts well before Modern Man; which is not very coincidental since Jung was inspired largely in part by eastern mysticism with his psychotherapy.

However, “synchronicity” philosophy can be found in both eastern and western schools of spirituality.

Generally speaking, the eastern synchronicity was considered Taoism, which is a metaphysical school of philosophy that involves asceticism and meditation in order to further understand and perceive the Tao, which is the “universal flowing one-ness” of everything.

In modern terminology, the idea of the Tao can very much be considered a software engine, computing an existence through pre-existing algorithms that can be diligently studied and eventually interpreted.

The interpretation part was much more emphasized in the west, as eastern mysticism tends to shun “conceptualizing”, “assuming”, or “expecting”, but even Taoists attempted to interpret the language of physical phenomena, the definitive collection of their work titled the I Ching in the West, one of the things that Jung was quite fond of in his psychotherapy.

Divination was the ideology of synchronicity in the ancient west, and was not so much secular like a religion or Taoism, but rather was an umbrella category of crude “ancient-science”, like numerology, astrology and other traditional occult practices.

Specifically, divination’s primary postulation was that every personal interaction with the exterior physical world (each physical “effect”, basically) could be considered something similar to a “word” or “phrase” that had latent information within it, whether the subject interpreted it or not.

This same general process is also used in numerology, when the numerical value of alphabetical digits is determined and reduced down to its core value through specific calculation.

In this sense, it could be considered that divination is the acknowledgement of the synonymous nature of waking life and dreaming; meaning that both are perceived as linear experience of the self, and in both, the “outside” world can be considered an effect of a person’s unconscious projection.

In dreams this is obviously a bit more evident, but even in reality a person creates not the physical phenomena itself, but the entire categorical basis of it within their brain, which is clearly unique as a fingerprint compared to anyone else’s interpretation of the phenomena, and thus completely different and unique to the person’s own unconscious.

The Dalai Lama was quoted on the subject saying, “I am open to the guidance of synchronicity, and do not let expectations hinder my path,” and Terence McKenna referred to the quantum frequency spectrum in which synchronicities occur as the “Cosmic Giggle”.

Researcher David Wilcock wrote a book on the subject titled, The Synchronicity Key, and David Icke, Michael Talbot, and Graham Hancock have discussed the subject, among others.

Dr. Michael Persinger and his colleague Todd Murphy have, although not using the term “synchronicity” or any spiritual terminology, released an incredible amount of scientific data revealing the mechanisms that could quite literally describe the realities of Synchronicity and other Jungian concepts.

Even the Police released their album Synchronicity in 1983, which was openly inspired by the Jungian concept, and John Constantine of Vertigo Comics is often seen riding the metaphysical “Synchronicity Highway” (McKenna’s Cosmic Giggle) in order to get a leg up on many of his adventures.

In general the pervasive and unavoidable presence of synchronicity becomes reportedly much more evident under the influence of natural psychedelic drugs, which goes hand in hand with the ancient shamanic traditions surrounding the philosophy.

Setting aside all the esoteric philosophy and ancient tradition, synchronicity is indeed dealing with a frequency spectrum just like everything else, and the main broadcasters into this spectrum within the human body are the brain and the heart.

Ultimately the real tool to this spectrum can be considered a “self-aware consciousness” in general. This however can be quite difficult due to the multiplicity of layers within the brain acknowledged by just about every psychiatrist and psychologist in history, although the definitions vary substantially at times.

The reason for this is the reality that the different sections of the brain can be considered different organs in terms of goals and use, and because of this, humans are bombarded with a woven web of information that is basically a bunch of simple organs communicating biological responses to each other.

This is not to say that human consciousness is just the projection of a bunch of organs—but more to illustrate that the brain is not the pinnacle of intelligence that most people think it to be, and is instead just another organ looking to perform functions.

However, underneath all these functions is an intangible but undeniable core self; whether it be considered a “soul” an “intuition, a “higher self” or simply “enlightenment.”

As far as Jung was considered, there were four universal layers of the brain’s projection: We have the Self, the Anima/Animus, the Persona, and the Shadow.

Some even spiritually characterizing this as a man’s link to his beloved throughout time. The persona is the literal cognitive mask a person paints of themselves for the rest of the world, the Self is the full fractal collection of all within the brain (often represented by a mandala).

The self is also often considered to be the positive spectrum of the whole—the yin, so to speak—which brings us to the fourth layer: the counter-mimicry of the self, the inversion, the Shadow—the yang.

The synthesis of these layers of perception, thoroughly described by Jung in his work and expanded upon by many others, is what a Taoist would call honing his mind to the flow of the Tao, or even what Thoreau emphasized when he spoke of sucking the raw marrow from the bones of life—it is learning to navigate the waves of one’s own mind, because only then will one truly be able to accurately navigate the waves of the world around them.

Of course, the simple definition to all this would be following one’s “intuition”, but unfortunately this is easier said than done.

Most people believe in themselves to such a little extent that making personal decisions is difficult enough, let alone making decisions on the present environment in order to accurately gauge the conditions of the future—in the present.

The only conclusions that can and should be drawn from this are that synchronicity events are a recurring and intimate piece of the human experience. The modern era is so unbelievably chaotic that it’s difficult to tune into anything these days, let alone the programming of the universe.

The translation of the programs of the universe is one’s own intuition; everyone experiences these synchronicities whether they are aware of it or not, similarly to the way that everyone dreams whether they recall or not; and finally, that the existence of synchronicity events further demonstrates the very fine line between waking life and dreaming.

No-Nonsense Naysayers will be inclined like always to chalk these things up to impractical reasoning and gullibility, but those who have experienced these intimate moments with the world around them cannot be swayed, especially since once a synchronicity has been experienced, they usually continue and often even the frequency increases.

Those who have not yet experienced this should take note to study the work of Carl Jung, and the ancient metaphysic philosophy of Taoism—and to a lesser extent the ideology of divination as well.

Although it should again be noted that this was not a brotherhood of diligent thinkers, but rather a definition of something that was emerging in the culture in general, and as a result is a bit more convoluted.

If a person wishes to unveil the programming of the universe, it is not particularly difficult, nor is it unnatural, but it requires a mindset without mental friction.

Although still largely misunderstood/unknown by modern science, Synchronicity Events cannot be denied their existence or their pertinence, and those who continue to remain blind to the universal coding will simply be left behind by the others, as they continue to ride the wave and explore their own nature through the interactive and multi-layered existence around them.