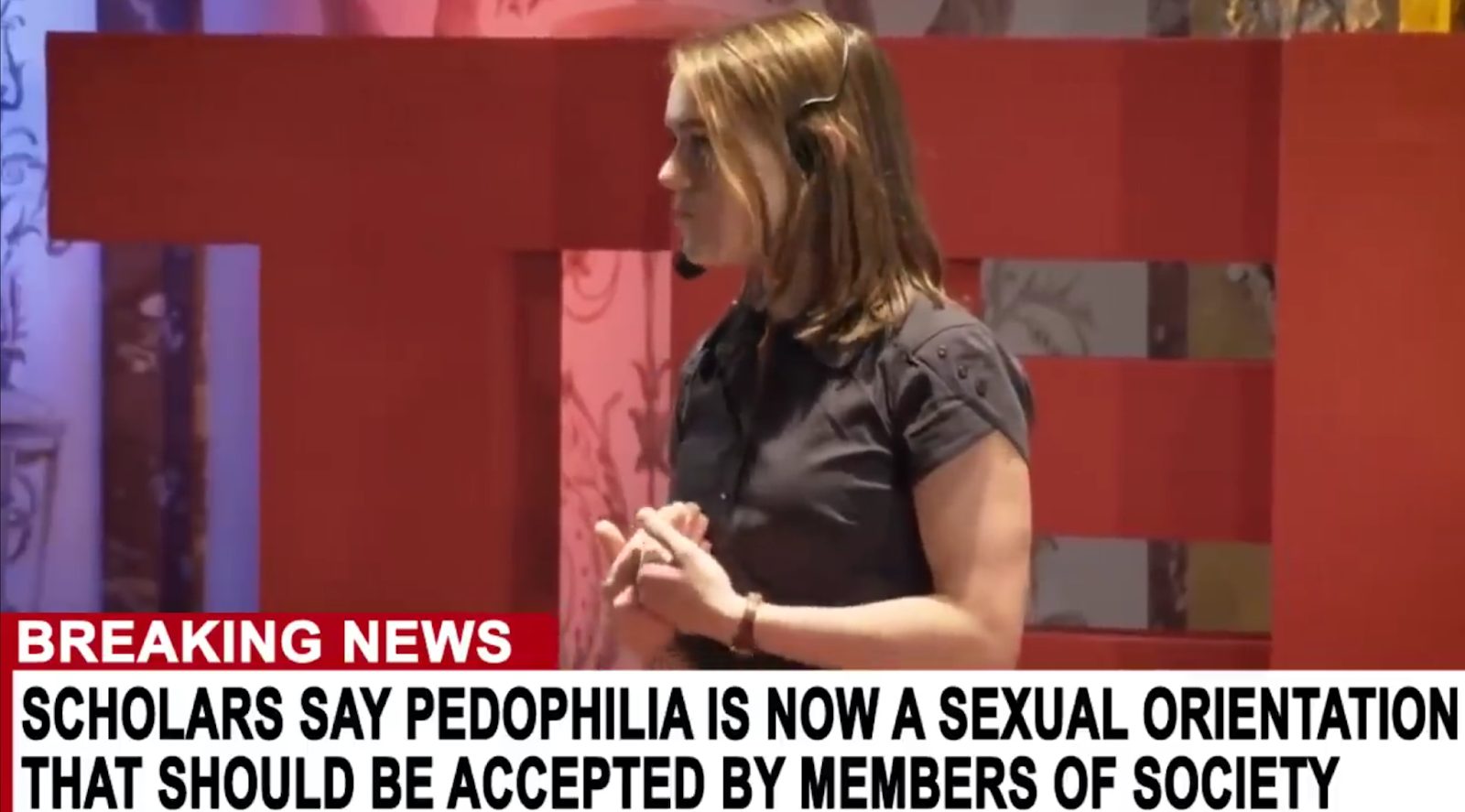 The online community erupted in outrage after a German medical student gave a TEDxTalk arguing that pedophilia is an “unchangeable sexual orientation” just like heterosexuality and that society should become more accepting of pedophiles.

Mirjam Heine defended her claims before an audience at the University of Würtzberg in Germany during a presentation called, “Why our perception of pedophilia has to change.” She makes the extremely controversial claim that pedophilia is simply another sexual orientation.

“According to current research pedophilia is an unchangeable sexual orientation just like, for example, heterosexuality. No one chooses to be a pedophile, no one can cease being one,” Heine argued. 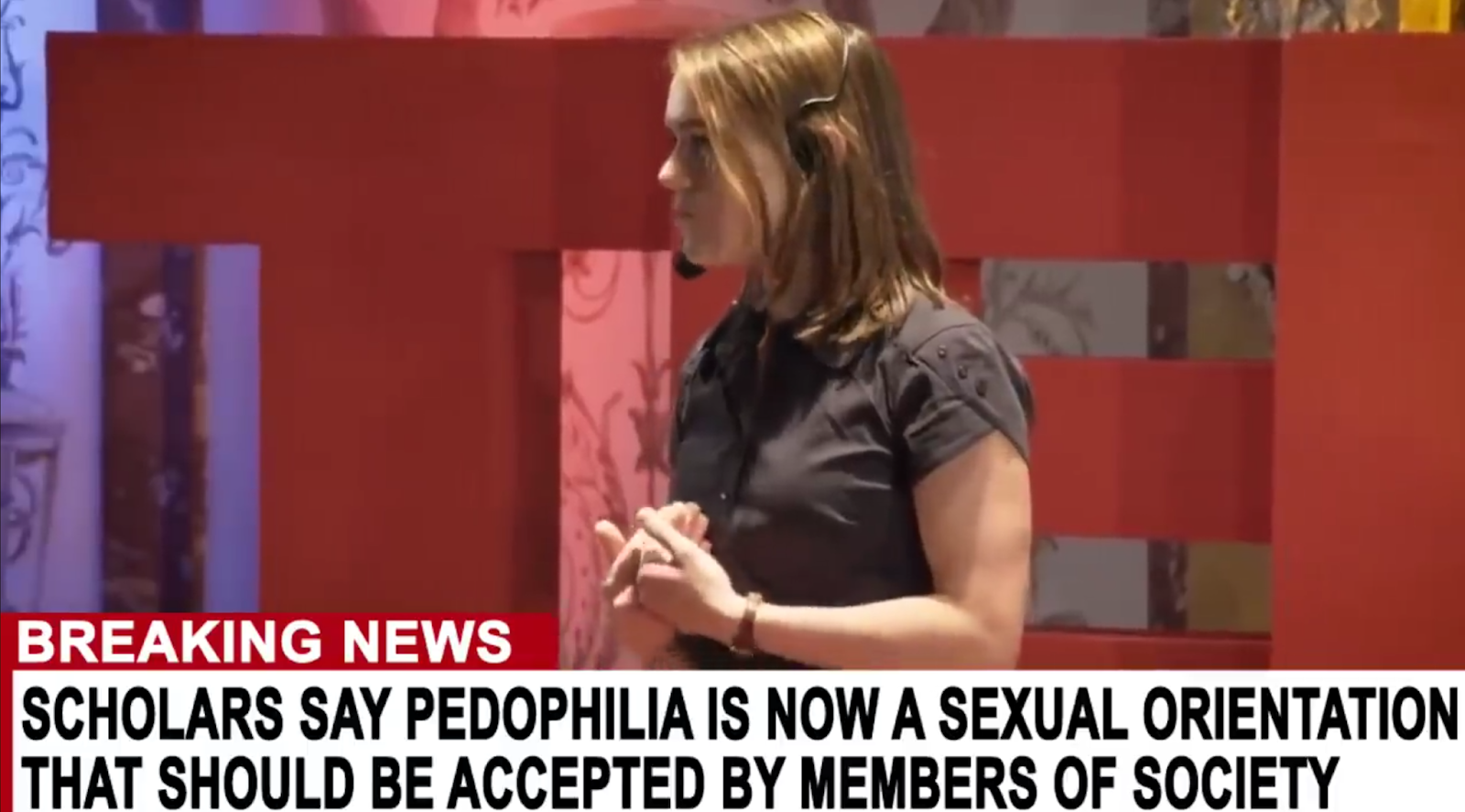 However, experts say Heine is wrong on several levels. More about that in a minute.

But first, the disaster Heine refers to is the sexual abuse of minors – which she strongly condemned.

“Let me be very clear here. Abusing children is wrong without any doubt, but a pedophile who doesn’t abuse children has done nothing wrong,”

Heine said, adding that pedophilia is just a preference to have sex with children.

Heine said society should help decrease the “suffering” of pedophiles by accepting them, encouraging them not to abuse children, and by not isolating them.

“We should accept that pedophiles are people who have not chosen their sexuality and who, unlike most of us, will never be able to live it out freely…Most of us feel discomfort when we think about pedophiles. But just like pedophiles, we are not responsible for our feelings. We do not choose them but we are responsible for our actions,” Heine urged.

TEDx removed the video from YouTube after facing relentless backlash over the presentation, especially over the idea that pedophilia is just another sexual orientation.

One of those who took issue with that claim is therapist and behavioral psychology expert Dr. Linda Mintle.

The Diagnostic and Statistical Manual of Mental Disorders, Fifth edition refers to pedophilia as a sexual orientation, but was later corrected by the American Psychiatric Association – a move Mintle applauds.

Psychiatrist and brain disorder specialist Dr. Daniel Amen told CBN News that pedophiles have different brains than the rest of the population – and their brain scans indicate mental illness.

“If we scan their brains they look more like people who have OCD and low frontal cortex,” he said. This means that pedophiles tend to have less empathy.

Dr. Mintle believes the church can help pedophiles learn to empathize and change their behavior.

“They need treatment – understand, empathize, restrict, and intervene. The church could work on empathy training. It involves helping the offender take on the perspective of the victim and in identification with the victim, understand the harm that has been done,” she said.

While both experts say pedophilia is very hard to treat, it is possible for a pedophile to change if they believe their behavior is wrong and truly desire transformation.

You can watch the video here:


TedX is trying to hide their most recent video from YouTube due to the excessive negative feedback. They’ve been actively issuing copyright notices to any uploads of this video, even though it is licensed under Creative Commons.

Not only are they trying to shove this down the memory hole, YouTube algorithms are automatically blocking the original video before it can even be published. I had to edit this video and re-encode it in order to get past the algorithms.

While TEDx accepts talks that promote the normalization of pedophilia, they’ve banned Graham Hancock’s talk about the ‘Mother Culture’.